The Most Beautiful Monuments and Churches in Madrid 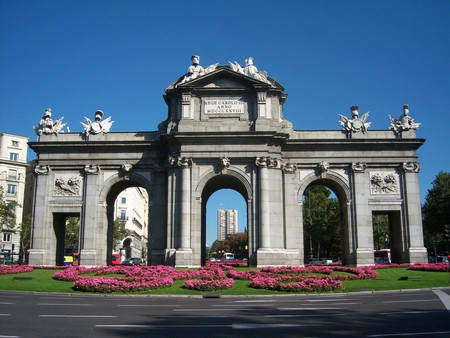 Madrid’s cathedral, the Almudena, is surprisingly young: although the foundation stone was laid in 1883, it was finally consecrated by Pope John Paul II only in 1993. Next door to the Royal Palace, the cathedral is a grey behemoth, with austere interiors peppered with vivid stained-glass windows and multicoloured artworks that bring a modern touch to the neo-gothic style. Visitors can go down to the crypt, now a museum, and climb up to the top of the cathedral for panoramic views over the city. While you’re visiting the cathedral, don’t miss seeing the city’s original Arab walls, just around the corner. 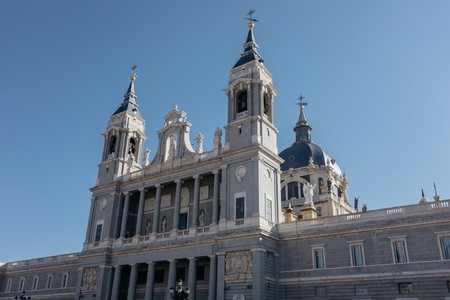 This grand, domed church looks out over the neighbourhood of La Latina, one of the oldest in the city. Its dome is said to be the third-largest of any Christian church in the world, and the largest in Spain, while the basilica does not just have a religious significance: it is also home to works by some of Spain’s finest artists, including Goya and Zurbarán. Saint Francis of Assisi is said to have built a chapel on the site in 1217; the current basilica was built between 1761 and 1784 and was finished by Francisco Sabatini, who also worked on Madrid’s Royal Palace.

One very unexpected monument in Madrid is over 2,000 years old. The Egyptian Temple of Debod was given to Spain by Egypt in the 1960s as a thank-you for helping the country save some of its most precious ancient monuments during the flooding caused by the construction of the Aswan High Dam. It was transported brick by brick and rebuilt in Madrid’s Parque del Oeste. It is a popular spot to watch the sunset, with impressive views of Madrid and its largest park, the Casa de Campo. 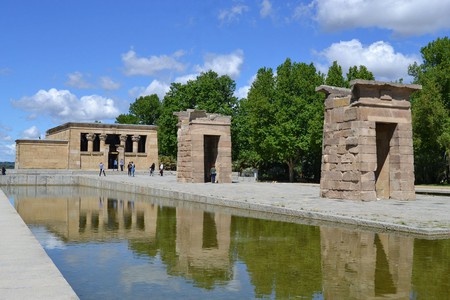 The former site of an Hieronymus monastery was converted into a church in the early 1500s and was where the future King Philip II was made Prince of Asturias in 1528. The church has long been linked with Spanish royalty because of the fact that it was close to the Palace of Buen Retiro, a royal palace located in what is now Retiro Park. Several renovations have taken place over the years, including the addition of a staircase onto the street in 1906, especially for the wedding of King Alfonso XIII. The church’s former cloister was made into an extension of the Prado Museum in 2007. 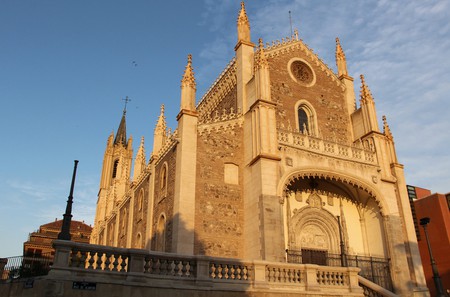 Slightly off the beaten track and close to the Manzanares River lies the San Antonio de la Florida chapel, and you’d never know from the exterior what artistic treasures lie hidden inside. Its interior walls are covered in frescoes by Francisco de Goya, making the church a pilgrimage for art-lovers. Goya himself is laid to rest in the chapel, which draws hundreds of locals every June 13, the feast day of Saint Anthony.

Paris might have its Arc de Triomphe, but Madrid’s Puerta de Alcalá, a monumental archway that once led into the city, predates its Parisian counterpart by over 50 years and is considered to be the first post-Roman monumental arch. Built in 1778, the arch was originally a gate in the former city walls; its name comes from the fact that it was constructed on the road that led to the nearby town to Alcalá de Henares. The gate was commissioned by King Charles III to add grandeur to what was at the time quite a rundown city. It was designed by Francisco Sabatini, who also worked on the Royal Palace and the Basilica de San Francisco el Grande.

A much smaller and more intimate monument than the others on the list is the statue of Spanish poet Federico García Lorca, a monument to one of the country’s greatest literary talents. Lorca, a renowned poet and playwright and part of the ‘Generation of 27’ group of poets, was murdered aged 38 by Nationalist forces during the Spanish Civil War, and his body has never been found. The bronze statue stands in front of the Teatro Español on the pretty Plaza Santa Ana and depicts the poet holding a skylark about to take flight. Locals often leave flowers next to the statue. 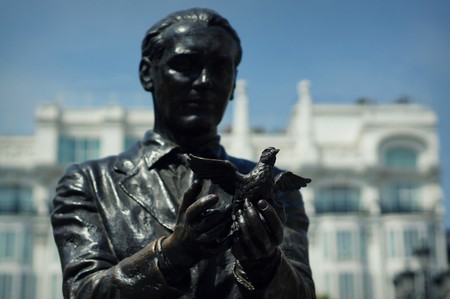