The Most Beautiful Doors in Granada 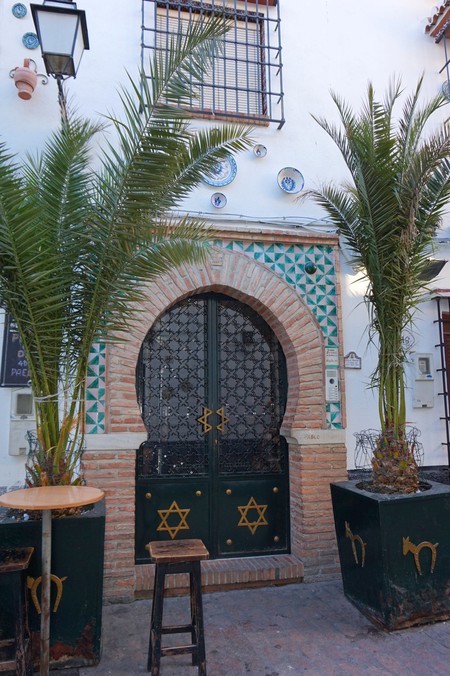 Granada’s mix of traditional Andalusian and Moorish architectural styles means it is home to beautiful buildings and doorways reflecting the influence of its two cultures. They can be easy to miss though, so here are some to look out for as you explore the city.

Archways in the old City Wall

Nowhere else in Granada is the city’s rich Moorish heritage on display than in the old Arabic quarter of Albaicín. This beautiful Moorish archway is part of the the old city wall and used to be one of the principal entrances into Albaicin. It leads onto one of the neighbourhood’s most lively and colourful squares, Plaza Larga. 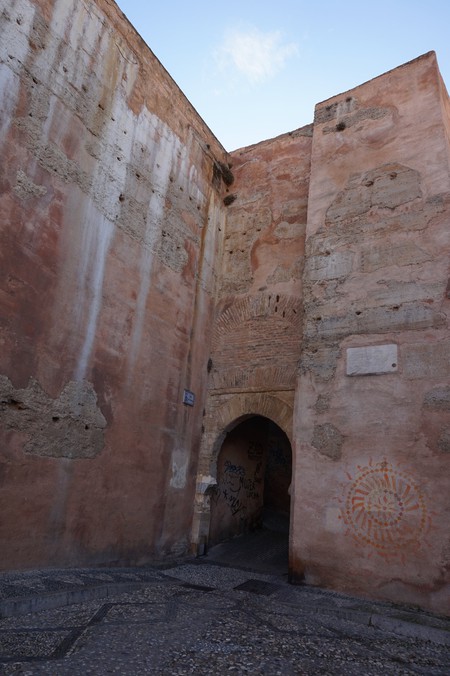 The contrast between Moorish and Catholic Granada is particularly evident around Plaza Nueva, at the bottom of Albaicín. Here, a cluster of beautiful fifteenth and sixteenth century churches can be found right next to some of the city’s most distinctly Moorish streets. The classic, ornate entrance to this mid-sixteenth century church (pictured below) – located on the romantic Carrera del Darro directly beneath the Alhambra – is one of the most attractive in the area. 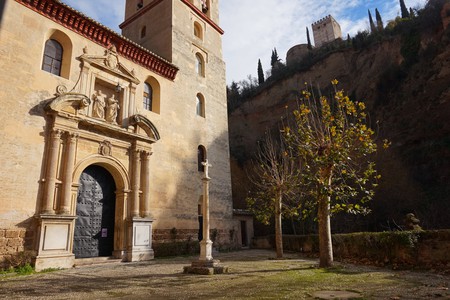 Right opposite the Iglesia de San Pedro and San Pablo, on the busy Carrera del Darro, is another stunning doorway that is very easy to miss. The Carrera del Darro is one of Granada’s most enchanting streets, so you would be forgiven for strolling right past this grand, stately entrance to another of the area’s sixteenth century churches. Keep your eyes out on your left as you head in the direction of Albaicin, as this is one of the neighbourhood’s most striking doorways. 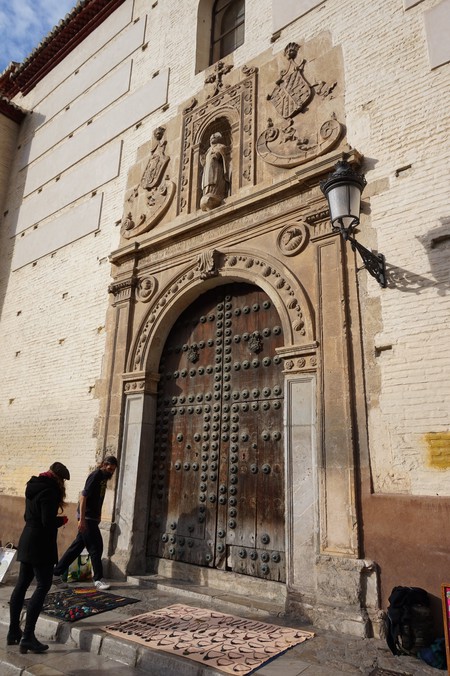 Albaicín is full of hidden treasures and centuries-old secrets. One of the many pleasures of wandering around Granada’s old Moorish neighbourhood, therefore, is stumbling on beautiful examples of typical Andalusian architecture, in particular courtyards, patios and doorways. This is one lovely example of how even the most functional aspects of a building can also be aesthetically pleasing. 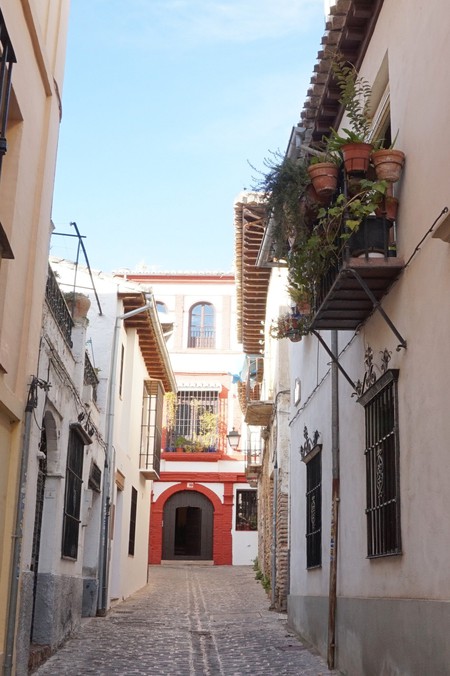 The most captivating Moorish doorway in Albaicín is, happily, located next to La Faragua, one of the neighbourhood’s best and quirkiest bars. Flanked by mini palm trees, its delicate tile mosaic and arched shape is reminiscent of the Alhambra’s intricate interior design. The white and blue terracotta bowls on the wall above it adorn the exterior of many houses in Granada’s old Arabic quarter.

Known amongst those Granadinos with a particular habit as ‘The Magic Door’, this secretive little entrance is just off one of Albaicín’s prettiest streets. Rumour has it that you go in and up the stairs to the door of a first floor-flat. There, orders for a certain smokable relaxant can be placed through the letterbox along with cash, and a few minutes later delivery is made – again through the letterbox. Magical indeed. 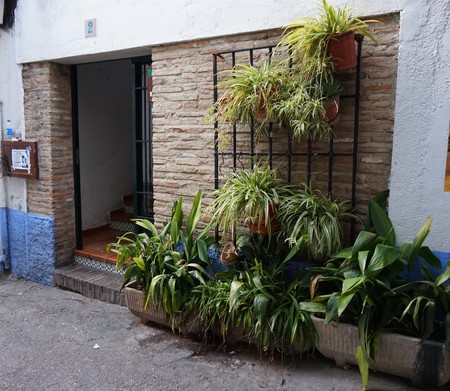 The so-called "Magic Door" in granada; courtesy of Encarni Novillo
Give us feedback