The Most Beautiful Cycling Routes in Madrid 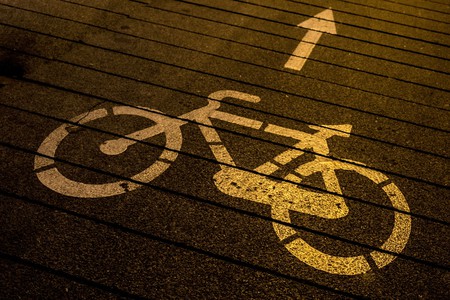 Whether you’re a fair-weather biker who likes a gentle peddle on a sunny day, or a seasoned cyclist who loves to push yourself through all terrains, Madrid has a cycling route for you. From inner-city parks to towering mountains, read on to discover the most beautiful cycling routes the Spanish capital has to offer.

The jewel in Madrid’s crown is this former royal park and gardens, where Madrileños love to hang out on the weekend, rowing on its picturesque lake or enjoying a picnic under the shade of a tree. It is a great place for all kinds of sport, and cycling is an ideal way to see the park’s main sights. Start off by weaving through the crowds near the boating lake before heading down to the Palacio de Cristal (‘Crystal Palace’) a beautiful glass building that today holds art exhibits. Cycling in Retiro Park is suitable for all levels and is a great family activity; it is a safe environment with no roads to worry about for the little ones. 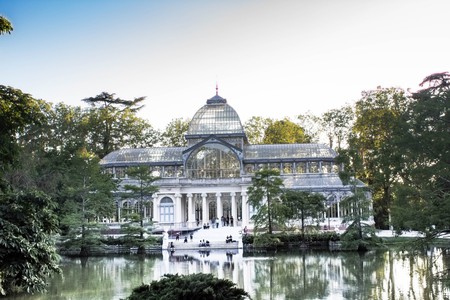 If Retiro Park is Madrid’s manicured masterpiece, then Casa de Campo is its more rugged big sister. The huge park was the former hunting ground of Spanish kings, and the baroque Royal Palace can be seen off in the distance from most areas of the park. Casa de Campo has a great range of cycle routes, and attracts many cyclists, especially at weekends. Head towards its lake, where you can stop for a refreshing drink before cycling towards the park’s cable car – a lookout point midway gives incredible views over the city. 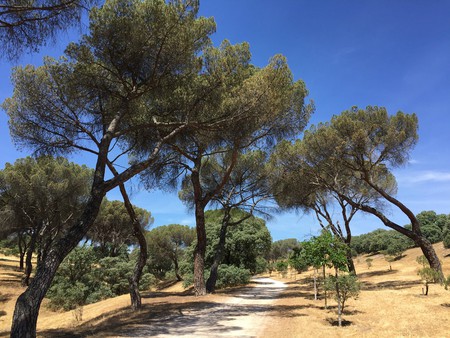 Another popular cycle route with Madrileños is along the city’s River Manzanares. The run-down area by the trickle-like river was renovated into a stunning new riverside park a few years ago, and today it is a great place for families to stroll, cycle and play on the many play parks dotted along the river. The area has over 30 kilometres (19 miles) of cycle lanes and pedestrian paths. Cycle towards the Matadero, Madrid’s former slaughterhouse, which today is a thriving cultural and arts centre. If you’re lucky, you’ll arrive on one of its popular market days and can refuel at one of the street-food stalls. 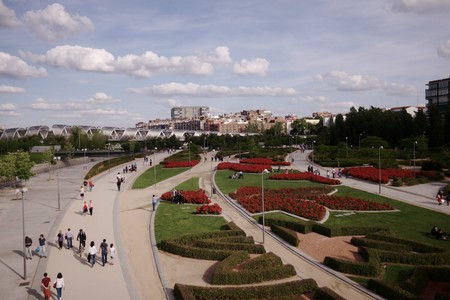 You might have to have your wits about you and brave a few crowds, but cycling is a great way to discover Madrid’s historic centre. Start at the Plaza Mayor, Madrid’s main square, then head down Calle Mayor to the beautiful Plaza de la Villa. Next, explore the stunning Almudena Cathedral and Royal Palace, as well as the adjoining Sabatini Gardens. From the palace, cycle past Plaza de España and up towards the Debod Temple, Madrid’s very own authentic Egyptian temple, given to Spain as a gift after it helped Egypt preserve ancient relics when the construction of the Aswan High Dam threatened huge floods in the 1960s. 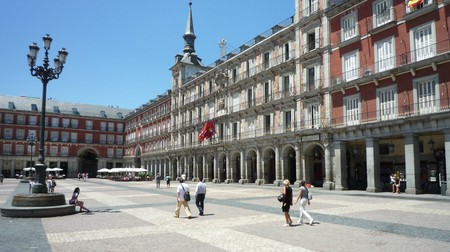 If you’re after something a little more adventurous, hop on a local commuter train and go up into the Sierra de Guadarrama, the mountain range to the north of Madrid. The town of Cercedilla is a popular starting point for both hikes and cycle routes, which will take you through the beautiful pine forests and up into the mountain range, a popular place for skiing and snowboarding in winter. 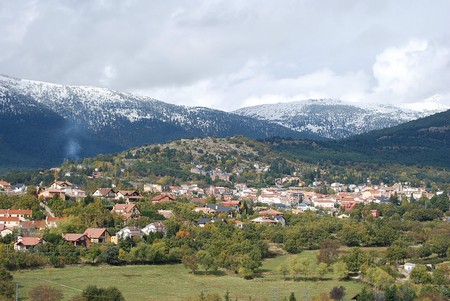 Spain’s vías verdes programme has converted thousands of miles of disused train tracks into stunning cycle routes. There are four green ways in the Community of Madrid (the wider Madrid region), including the Gasolina Greenway, a short and easy ride to the north of Madrid that goes past the beautiful El Capricho park (well worth a stop). Another possible route is to take line nine of the Madrid Metro to Arganda del Rey and ride the Tajuña Greenway along the river of the same name. You will pass through pretty meadows and forests and past village churches.

If you are a beer-lover as well as a bike-lover, why not combine the two with a ride on one of Madrid’s famous beer bikes? Popular with groups, especially on stag and hen dos, the bike moves by everyone peddling at the same time. The route, past the historic Atocha train station and down the tree-lined Paseo del Prado, is beautiful and you are guaranteed a gentle peddle and plenty of refreshment.