The Most Beautiful Churches in Barcelona

Known for its sun, beaches, and culture, Barcelona is a popular tourist destination that has a lot to offer. Home to many Spanish artists, Barcelona is packed with wonderful masterpieces, whether it is painting, music, or architecture. Certainly the skill of Barcelona’s architects is visible everywhere and when it comes to the city’s churches, the beauty is no less evident. Here is a list of the most beautiful churches in Catalonia’s capital which are not to be missed. 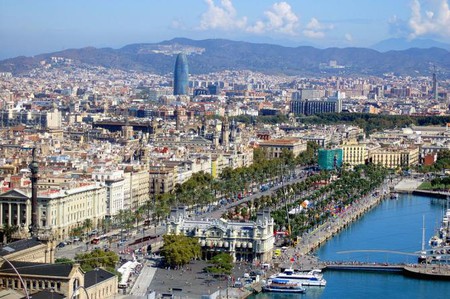 Book Now
La Sagrada Familia, one of the world’s most famous churches, designed by the renowned architect Antoni Gaudi, stands proud in Barcelona. Although it is a central and highly important church in the Catholic world, La Sagrada Familia acts as a center of spirituality in which harmony, peace, and love can be shared by every individual regardless of their beliefs. Each one of the 18 turrets and the four spectacular façades has a symbolic value behind its stunning beauty. Furthermore, visitors can see Gaudi’s crypt and may climb one of the towers and see Barcelona from high above.
Open In Google Maps
401 Carrer de Mallorca, Barcelona, Barcelona, 8013, Spain
+34932080414
Visit Website
Give us feedback

Constructed in the 14th century over 54 years, the Basilica de Santa María del Mar is among the most beautiful churches in Barcelona. It is a prime example of the typical Catalan Gothic style, boasting impressive architecture, harmonious in its simple symmetry. Beautiful windows let in the sun-rays, providing a surprisingly open and light area, a great contrast to the seemingly stern exterior. Santa María del Mar is a peaceful oasis in the midst of a tremendously busy city and is most definitely worth a visit.

Church
Facebook
Email
Twitter
Pinterest
Copy link
Share
Map View
Dating back to the 14th century, Santa Maria del Pi is counted among Barcelona’s most prominent churches and is a typical Catalan church, with a nave which is wider than in most others. A pine tree stood before the church, giving it its name. As with many Catalan churches, Santa María del Pi has little ornamentation both internally and externally, giving it a wonderful simplicity, although it does have one of the world’s largest rose windows. This church has much to offer, including a small museum and treasury, in which lies what is thought to be a relic of Christ’s crown of thorns.
Open In Google Maps
7 Plaça del Pi, Barcelona, Catalunya, 8002, Spain
+34933184743
Visit Website
Give us feedback 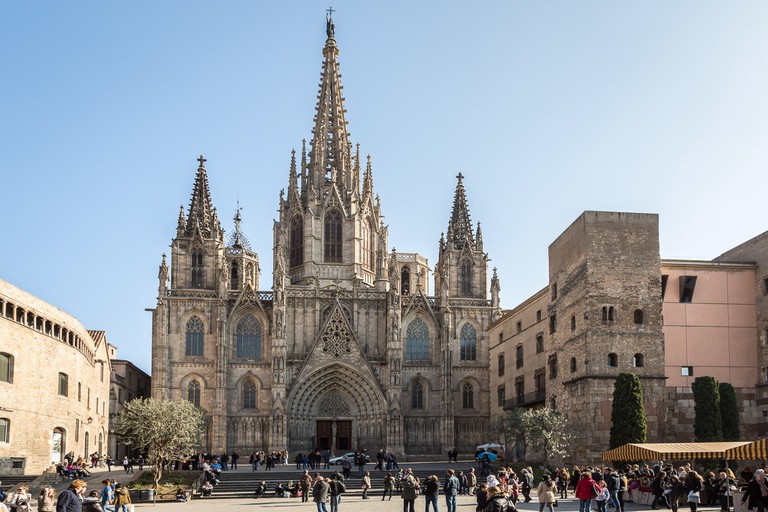 Construction of the Barcelona Cathedral began in the 13th century | © Tim Moore / Alamy Stock Photo
Book Now
The Catedral de Barcelona, one of the city’s largest tourist attractions, stands majestically in the Gothic Quarter. The cathedral’s exterior is just matched in beauty by its interior: because of the long period of 150 years worth of construction, three different periods of architecture are visible. Keep an eye out for the crypt of Saint Eulalia, a martyr to the Christian faith, who gives the Cathedral another name by which it is sometimes called – the Cathedral of Santa Eulalia. Climb to the rooftop to see the fantastic views of the Gothic Quarter.
Open In Google Maps
s/n Pla de la Seu, Barcelona, Cataluña, 8002, Spain
+34933151554
Visit Website
Give us feedback 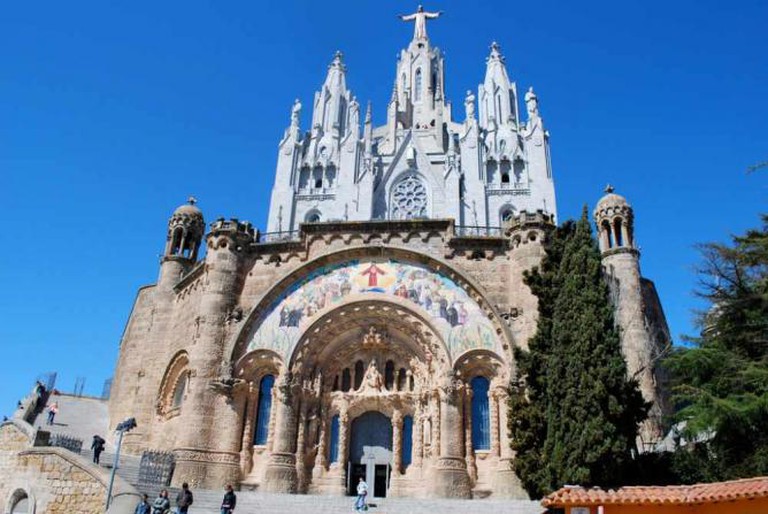 Templo Expiatorio del Sagrado Corazón de Jesús | © Ivan Mlinaric/Flickr
Perched on the tallest hill on the west side of Barcelona is the Templo Expiatorio del Sagrado Corazón de Jesús. The architecture of this magnificent building, begun by Enric Sagnier and completed sixty years later by his son Josep Maria Sagnier, boasts beautiful turrets and a statue of Jesus Christ watching over the church and the city. The inside of the temple is simpler yet just as grand with its great dome. Two floors make up the temple: the ground floor, a neo-Byzantine style crypt, and the second floor, the church itself, a combination of both a Roman and Gothic style.
Open In Google Maps
111 Carretera de Vallvidrera al Tibidabo, Barcelona, Catalunya, 8035, Spain
+34934175686
Visit Website
Give us feedback

Monastery
Facebook
Email
Twitter
Pinterest
Copy link
Share
Map View
The bohemian neighborhood El Raval is home to Barcelona’s oldest church – Sant Pau del Camp. It was a Benedictine monastery, founded in the late 800s, whose name was allocated because it was originally located outside of the town which was to become modern-day Barcelona. It is a church which has seen much history, from the Moorish invasions to the Spanish Civil War, and has had to be restored several times. It is quiet, with beautiful grounds, and not as well-known as the great churches of Barcelona, but it is still very much worth visiting.
Open In Google Maps
99 Carrer de Sant Pau, Barcelona, Catalunya, 8001, Spain
+34934410001
Visit Website
Give us feedback

Monastery, Museum
Facebook
Email
Twitter
Pinterest
Copy link
Share
Map View
Far from the noisy and crowded center of Barcelona is the Royal Monastery of Pedralbes, a hidden gem. Declared a historical and artistic monument, this monastery is surrounded by the stories of Barcelona’s past, starting with its conception when King Jaume II ordered its construction. As for its architecture, it is very uniform and rather simple, but follows the traditional Catalan Gothic style. Picturesque gardens surround the monastery, which is made up of many different sections, each one with its own point of interest ready to be discovered by the monastery’s visitors.
Open In Google Maps
9 Baixada del Monestir, Barcelona, Catalunya, 8034, Spain
+34932563434
Visit Website
Give us feedback
Give us feedback