The Most Beautiful Buildings To Visit in Barcelona 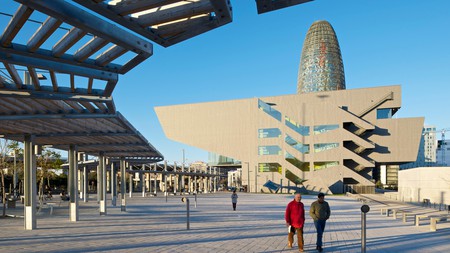 There are many reasons for design fans to visit Barcelona, and one of the biggest is the city’s unique architecture. Only in Barcelona can you experience Mies van der Rohe’s simple, less-is-more ethos, Antoni Gaudí’s mind-melting Catalan Modernism and every conceivable style in between. Here, we’ve selected some of the most beautiful buildings to visit in Barcelona, from the classic must-sees to more unexpected gems.

Book Now
French architect Jean Nouvel’s mission when designing the rocket-shaped Torre Glòries (formerly Torre Agbar) was to create a building that would become a symbol of ‘Barcelona the international city’. He describes the Torre Glòries as “architecture of the earth, without the heaviness of stone”. And there is, indeed, something organic and ancient-looking to the shape of the modern tower. In the daytime, Torre Glòries stands over the city like a shiny monolith, while at night its facade comes alive with the light of 4,500 colour-changing LED panels. The colourful exterior has made the tower a popular gathering point on New Year’s Eve in Barcelona, as it puts on a spectacular display to see in the New Year, and it’s a striking addition to the skyline of the Catalan city.
Open In Google Maps
211 Avinguda Diagonal, Barcelona, Catalunya, 8018, Spain
+34933422000
Visit Website
Give us feedback 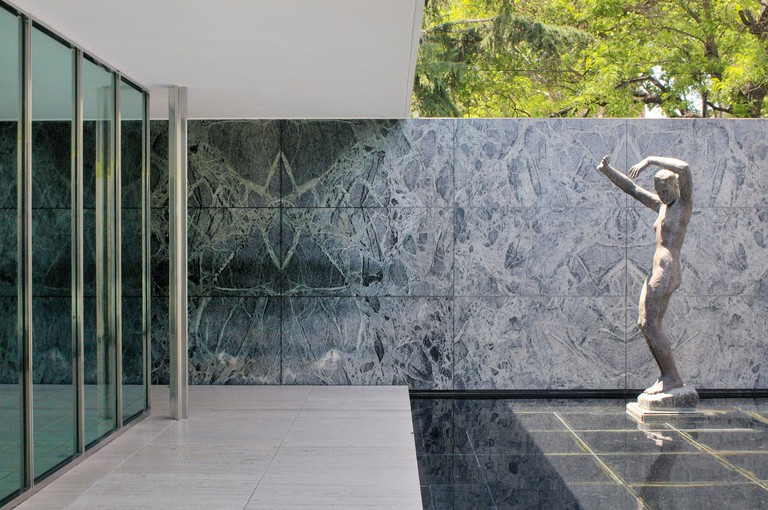 The Barcelona Pavilion was designed for the 1929 Universal Exhibition of Barcelona | © Campillo Rafael / Alamy Stock Photo
Widely considered one of the pioneers of modern architecture, Mies van der Rohe was given the project of designing the German pavilion for the 1929 Universal Exhibition of Barcelona. The resulting design is remarkable for its use of extravagant materials such as marble, onyx and travertine, while remaining essentially minimalist in style. The deceptively simple-looking pavilion, with its open-plan interior and floating roof, is an architectural marvel that became a key reference for van der Rohe’s own career and for 20th-century architecture in general. Though the pavilion was originally taken down in 1930 when the exhibition ended, it had been so impressive that the city rebuilt it in 1983.
Open In Google Maps
7 Avinguda Francesc Ferrer i Guàrdia, Barcelona, Catalunya, 8038, Spain
+34934234016
Visit Website
Give us feedback 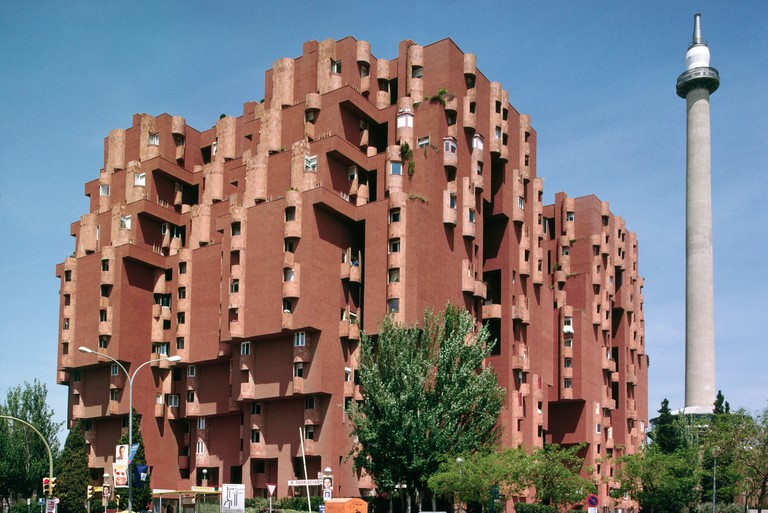 Walden 7 was designed by architect Ricardo Bofill | © Avalon / Construction Photography / Alamy Stock Photo
The intriguing architect Ricardo Bofill created surreal, Postmodern designs that have been hugely influential not only in architecture but in pop culture, too. One of his buildings appeared in The Hunger Games: Mockingjay (2014), and many structures in the game Monument Valley appear to be inspired by Bofill. Two of his most striking buildings can be seen on the outskirts of Barcelona, in Sant Just Desvern, and they’re well worth the trip. Utopian apartment block Walden 7 is named after the futurist sci-fi novel Walden Two, and features some 18 towers and 14 floors grouped around five courtyards, with numerous bridges and balconies offering spectacular vistas. The structure was inspired by Bofill’s travels in Algeria. Its terracotta hue, geometrical shapes and stairs resemble an Escher drawing and make Walden 7 a building unlike any other. Walden 7 is a private apartment block, but you can walk around the outside to take in the singularity of its design.
Open In Google Maps
106 Carretera Reial, Sant Just Desvern, Catalunya, 8960, Spain
+34933718063
Visit Website
Give us feedback

In Sant Just Desvern, next to Walden 7, you’ll also find Ricardo Bofill’s stunning La Fábrica, an old cement factory that the architect stumbled across in 1973. He was seduced by the “contradictions and ambiguity” of the Brutalist space, and set about changing it into both an office for his architecture practice and a home for his family. The colossal building was subtly modified, revealing hidden shapes and spaces. Today, the building is a wonderful juxtaposition of minimalism and abundance, with plants climbing on the exposed concrete walls. The scale of the project is striking. It’s a must-visit for anyone interested in architecture and a testament to how industrial environments can be successfully transformed. La Fábrica isn’t usually open to the public, but keep an eye on Barcelona Architecture Walks for occasional tours.

Book Now
You can’t talk about architecture in Barcelona without mentioning Antoni Gaudí. Love his work or hate it, his colourful psychedelic structures with their fluid, organic shapes have had a huge impact on the city and are a big draw for many visitors. The jaw-dropping Sagrada Família is the city’s most famous building, despite being unfinished – the church has been under construction for over 100 years and isn’t due to be completed until 2026 at the earliest. Widely considered Gaudí’s magnum opus, it’s rich in symbolism and covered with intricate details from the spiritual and natural worlds (the interior is meant to look like the depths of a forest); when completed, it will be the tallest building in Barcelona.
Open In Google Maps
401 Carrer de Mallorca, Barcelona, Barcelona, 8013, Spain
+34932080414
Visit Website
Give us feedback 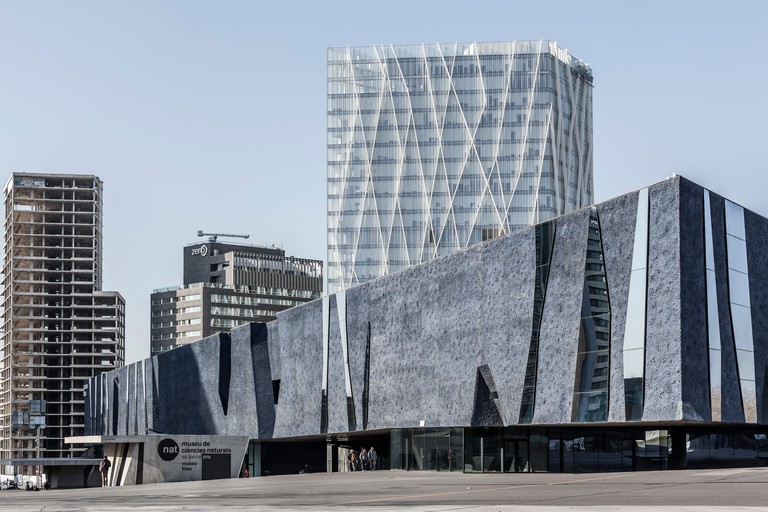 Swiss architects Herzog & de Meuron were chosen to create an event space for the Forum Universal de les Cultures in Barcelona in 2004 and came up with an elevated, flat triangular structure that looks like a cake slice and makes ultimate use of the space it occupies between two streets. Reflective surfaces criss-cross the striking blue building, an example of the architect duo’s eye for materials. Today, the former Forum building houses the Natural Science Museum and is known as the Museu Blau. 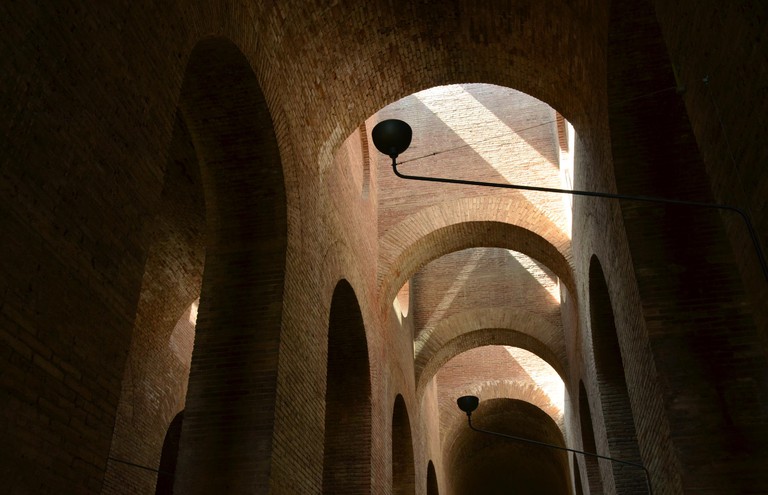 A 19th-century water tank isn’t an obvious fit for a new library, but in Barcelona, anything is possible. Les Aigües Library (also known as Dipòsit de les Aigües) was built in 1874 by Josep Fontserè and opened as a water tower in 1880. In 1993, architects Clotet and Paricio were commissioned to renovate the space, and in 1999 the building reopened as the Universitat Pompeu Fabra’s library. The renovation respects the original design, which was based on a Roman prototype and features a labyrinth of parallel arches 14 metres (46 feet) high. Before it became a library, the tank had been used as a municipal asylum, a fire service store and a garage of the Municipal Police force, among other things, but the quiet and solitude of a library suits the brick building well. Funnily enough, though Les Aigües is very, very far from a Gaudi design, the young architect worked on it when it was first built – he did the static calculation of the tower and support elements. 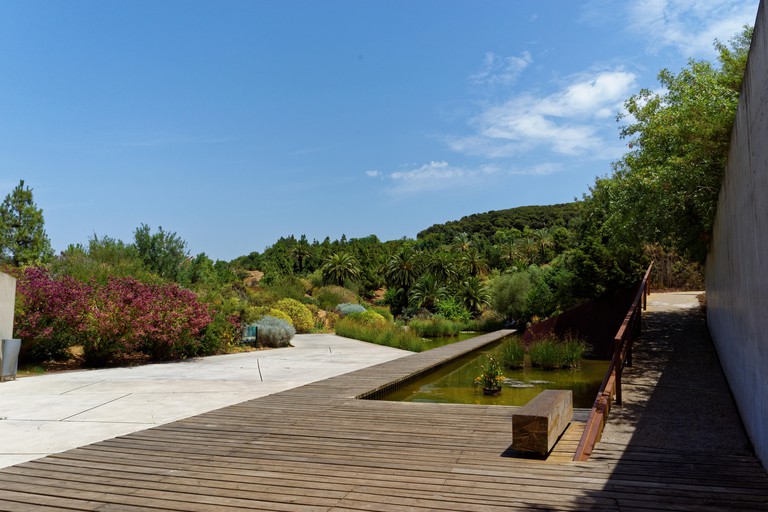 The Botanical Gardens in Barcelona are worth a visit not just for the beautiful flora – the gardens feature vegetation from the five regions in the world that have a Mediterranean-type climate – but also for the architecture by Carlos Ferrater and Josep Lluís Canosa, who won a competition in 1988 to build a new botanical garden. Their clever concept is based on fractal geometry, which creates an interesting tension with the organic shapes of the foliage. Ferrater also designed the Barcelona Botanical Institute in the gardens, in bare concrete and corten steel and with a linear shape that is a pleasant contrast to the surrounding landscape. The architecture works in harmony with the gardens, making the Botanical Gardens well worth a visit for design fans as well as amateur gardeners. 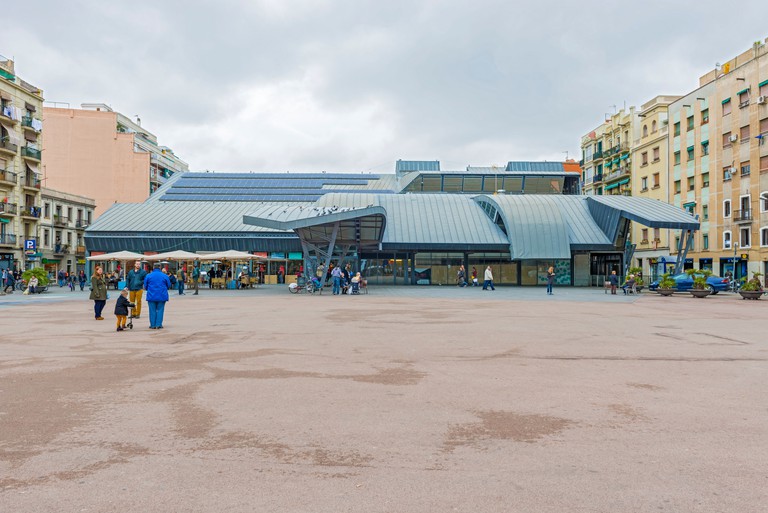 Barceloneta Market is conveniently located near the beach, in the seaside Barceloneta neighbourhood, and was one of the first covered markets in the city. In 2007, architect Josep Miàs gave it new life when he redesigned the building using inspiration from artist César Manrique’s drawings of fish. The final structure features huge, scale-like metal shapes suspended from the roof of the old building, as a nice nod to the nautical surroundings. The Barceloneta Market was designed to form part of the urban fabric of the neighbourhood and retains its place as a social meeting ground for those who visit it. It’s a building that feels like a representation of Barcelona itself, its modern exterior creating something new out of the traditional market inside.