The Most Beautiful Buildings in Cádiz, Spain 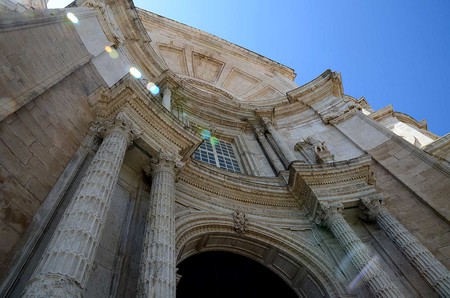 The underdog Andalusian city of Cádiz is home to some beautiful buildings. From the Santa Cruz cathedral to an amphitheatre thought to have been one of the largest in the Roman Empire, these architectural gems are scattered throughout the city’s oldest quarters. Read on to discover the city’s most beautiful buildings.

Cathedral, Church
Facebook
Email
Twitter
Pinterest
Copy link
Share
Map View
Built between 1722 and 1838 by a string of prestigious architects (the first of whom also worked on Granada’s cathedral), Cádiz’s Santa Cruz cathedral was nicknamed the ‘Church of the Americas’, as its construction was funded by wealth generated by Spain’s trade with the so-called New World. It fronts onto a spacious plaza lined with terraces from which to admire the façade, and some spectacular views over the rooftops of Cádiz can be enjoyed from the Levante Tower.
Open In Google Maps
s/n Plaza de la Catedral, Cádiz, Andalucía, 11005, Spain
+34956286620
Visit Website
Give us feedback 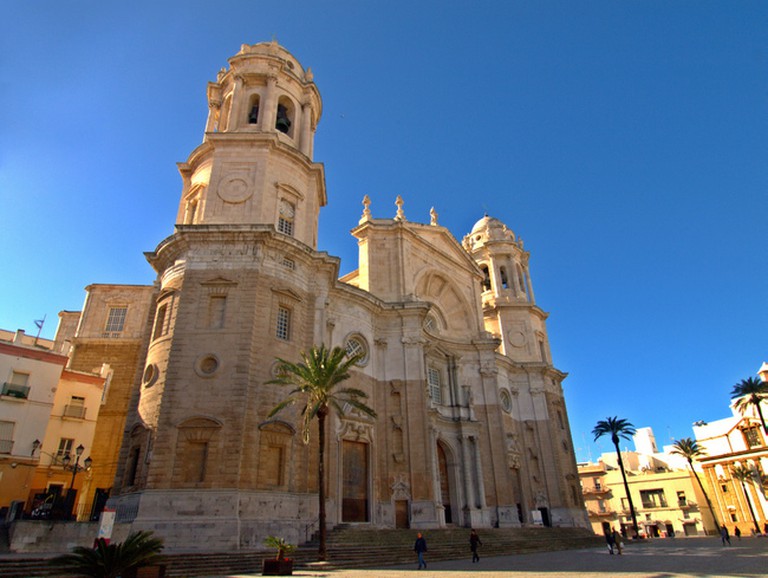 Cádiz's Santa Cruz cathedral | © Pepe Rodríguez Cordon / Flickr
Owing to successive phases of destruction over the centuries, the only original features that remain of this 16th-century church are its bell tower and the principal entrance. The bell tower is the building’s stand-out feature, and is decorated with elegant Tusan pilasters in a bold red and white colour scheme. Tuscan pilasters also flank the ornate doorway, which bears reliefs of the Virgin de la Merced, after whom the church is named.
Open In Google Maps
1 Plaza de la Merced, Cádiz, Andalucía, 11006, Spain
+34611148064
Give us feedback

Museum, Archaeological site
Facebook
Email
Twitter
Pinterest
Copy link
Share
Map View
Thought to have been built during the 1st century BC and in use until the 4th century BC, this was once one of the largest amphitheatres in the Roman empire, with a diameter of 12o metres (394 feet) and seating for almost 20,000 spectators. The remains were discovered only in 1980, partly because the unscrupulous King Alfonso X of Castile built a fortress on the site in the 13th century.
Open In Google Maps
13, 11 Calle Mesón, Cádiz, Andalucía, 11005, Spain
+34677982945
Visit Website
Give us feedback 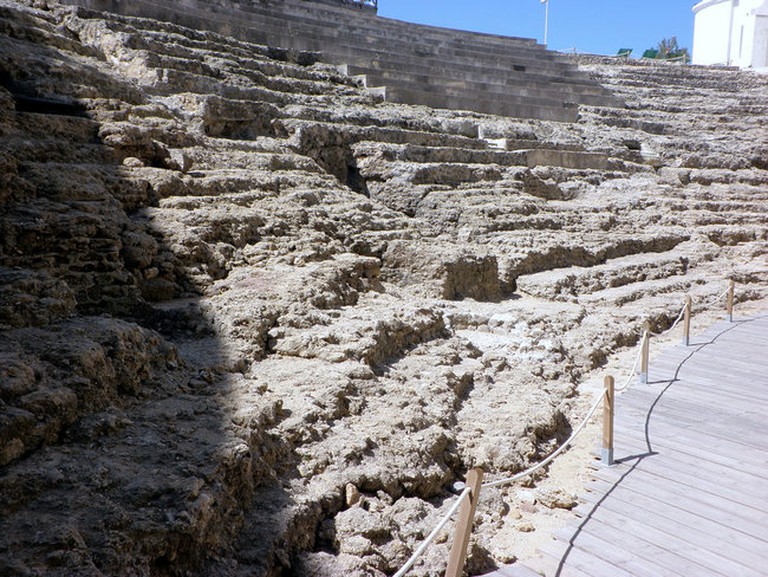 The Roman theatre in Cádiz was once one of the largest in the Roman Empire | © Emilio / Flickr
The offices of the Andalusian Youth Institute might seem like an unlikely pick, but they are housed in one of the prettiest buildings in the El Pópulo barrio.As you stroll through the lovely Plaza de Candelaria, the building’s façade arrests your attention with its whitewashed wrought ironwork and delicate stained-glass windows.
Open In Google Maps
6 Plaza Candelaria, Cádiz, Andalucía, 11005, Spain
+34956007500
Visit Website
Give us feedback

Building, Cathedral, Museum
Facebook
Email
Twitter
Pinterest
Copy link
Share
Map View
Situated in a tranquil little square just behind the cathedral is the Casa de Contaduria, a whitewashed 16th-century structure that now houses the Catedralicio museum. This elegant structure’s most notable aspect is its bell tower, which once belonged to the city’s original and much smaller Santa Cruz cathedral. Its tip is decorated with coloured tiles and rises above the tattered rooftops of the old town. The building to which the tower is adjoined was originally the House of Accounting and was later used as a residence for chaplains and as a college to train priests’ assistants.
Open In Google Maps
1D Plaza Fray Félix, Cádiz, Andalucía, 11005, Spain
Visit Website
Give us feedback 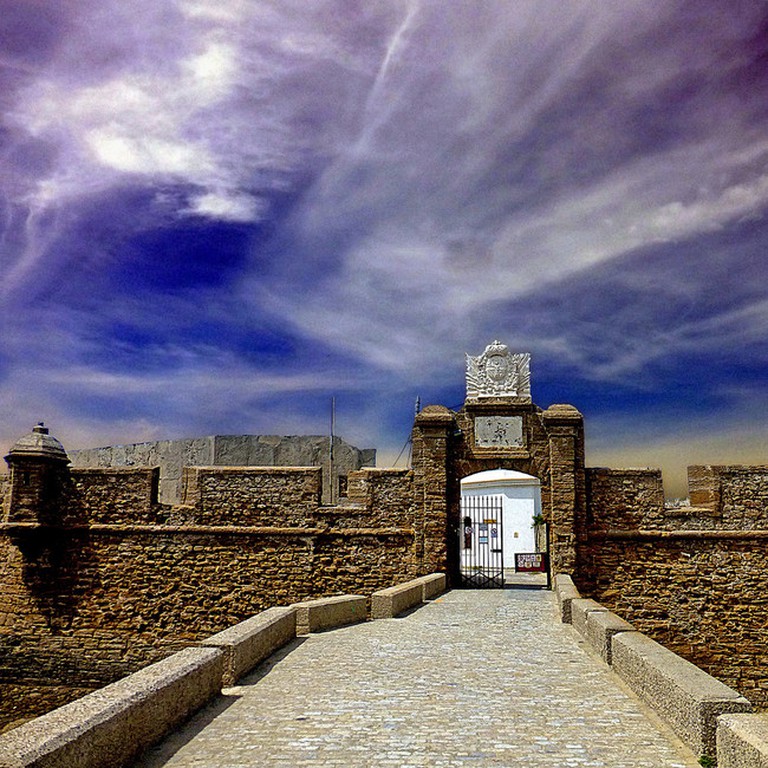 Entrance to the Santa Catalina castle in Cádiz | © Pom Angers / Flickr
Aside from the cathedral, Cádiz’s main architectural landmark is the Santa Catalina castle, which sits on a small outcrop of land at the western side of Caleta beach. Its construction was ordered by Philip II at the close of the 16th century, after Anglo-Dutch forces seized and briefly occupied Cadiz in 1596. Nowadays, its internal courtyard is used for open-air concerts during summer, and several of its interior spaces have been converted into exhibition halls that showcase the work of local artists.
Open In Google Maps
s/n Calle Campo de las Balas, Cádiz, Andalucía, 11002, Spain
+34956226333
Visit Website
Give us feedback

Building
Facebook
Email
Twitter
Pinterest
Copy link
Share
Map View
Hidden away on the western tip of Cádiz, facing the city’s busy port, is the House of Four Towers. This elegant baroque structure was commissioned in the early 18th century by a Syrian trader who settled in the city; built between 1736 and 1745, it comprises four separate residences, each with its own watchtower. These are the building’s most attractive features, their ochre decorations contrasting beautifully with the faded white facades and the deep blue of an Andalusian sky.
Open In Google Maps
6 Plaza Argüelles, Cádiz, Andalucía, 11004, Spain
Visit Website
Give us feedback
Give us feedback