The Most Beautiful Beaches in Formentera 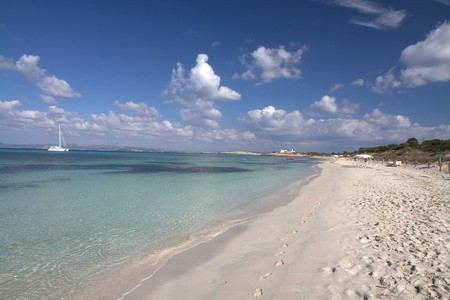 From the heady days of the Sixties’ hippies to the 21st-century A-list celebrity set, the sun-drenched isle of Formentera has always had a laid-back allure. And unlike some of the bigger Balearic cousins, it’s managed to remain largely unspoilt, especially its numerous stretches of lovely golden sand. To save you the trouble of visiting them all, we’ve picked a selection of the most beautiful beaches on the island.

Named Europe’s best beach by users of TripAdvisor in 2016, Ses Illetes is certainly one of the most stunning beaches on the island. Situated on a long finger of sandy promontory that stretches from the north coast, the lapping of the sea deposits pink coral that combines with the glistening white sand and turquoise water to stunning effect. It’s also very lightly developed, with little beyond a couple wood-built beachside restaurants and – while dubbed the island’s ‘fashion beach’ – you can expect plenty of sunbathers wearing nothing but their birthday suit. 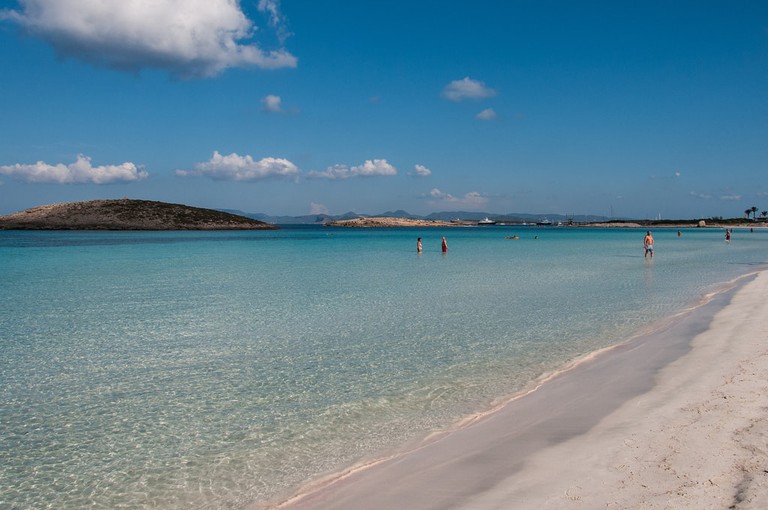 While less famous than the neighbouring Ses Illetes, this beach also features a fabulous sweep of soft white sand gently sloping into crystal-clear water. Despite being the closest beach to the La Sabina port, Es Cavall d’en Borras is one of the island’s quietest, and even over peak summer season it rarely, if ever, feels busy. It’s also a great spot to watch the sunset behind the inevitable collections of bobbing boats that have dropped anchor in the surrounding bay.

Thanks to it being located on the uninhabited islet of Espalmador just north of Formentera, Playa De S’alga is one of the island’s most virginal of beaches. Being only accessible by boat means it’s another stretch of sand on the island that doesn’t fill up over the summer months. With no buildings or facilities, however, be sure to bring your own supplies. Also while the beach is unspoilt, you can expect plenty of boats anchored in the bay opposite during high season. 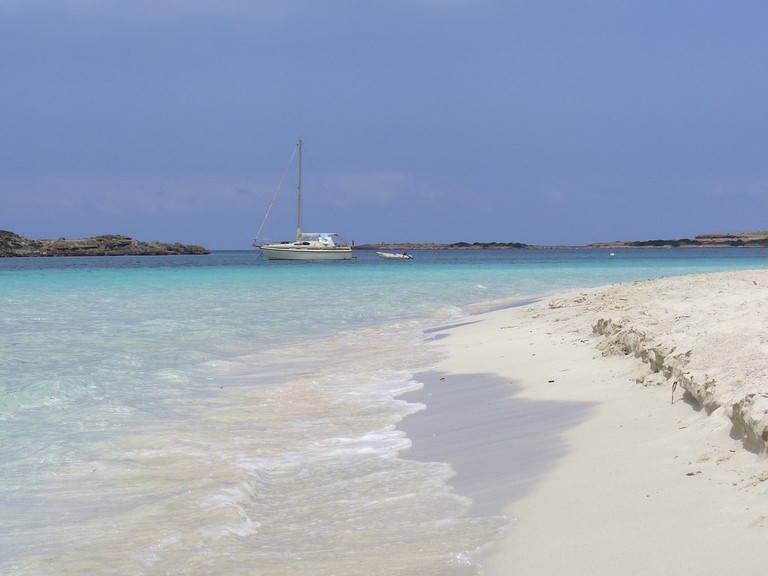 This long crescent of sandy beach stretches for an impressive seven kilometres (four miles) along the south coast of the island. It’s dotted with small coves, inlets and rocky outcrops and, while there’s a little more development here (a few low-key bars and the occasional hotel), it largely remains as nature intended. The sheer length of it also means that even at the height of summer finding a stretch of sand to sprawl out on is a doddle.

The sandy, shallow shores and crystal clear waters of Cala Saona make is a firm favourite with families with younger kids. Fringed with pine trees, flanked by low red cliffs, and with a row of quaint wooden boat houses, it’s not short on character, and the calm sea conditions are perfect for snorkelling. A chiringuito beach bar provides refreshments, though a nearby hotel means this small cove can fill up quickly. 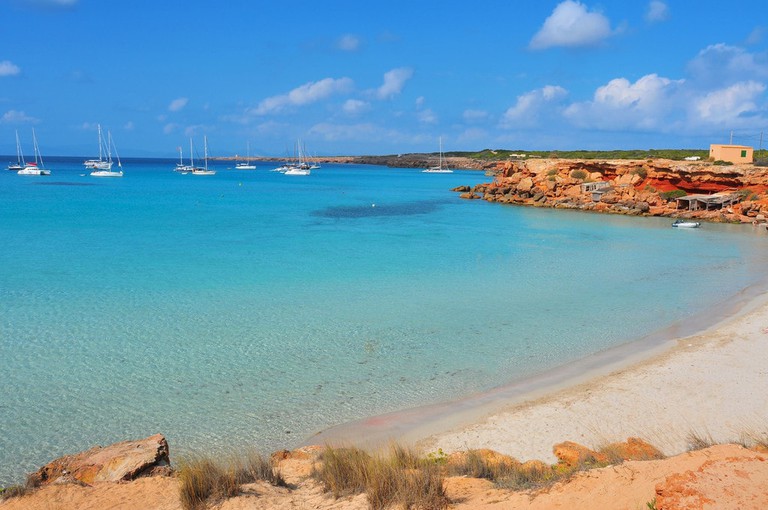 Set on the northern Trucador peninsula, this beautiful narrow stretch of sand can get a little windy, but on calm days the water is like a natural swimming pool. Loungers and parasols are available to hire, though most prefer to splay out on the soft white sand. While pretty much all of Formentera’s sandy coastline could be seen as nude-friendly, Platja de Llevant is one of the island’s most popular clothes-free beaches. 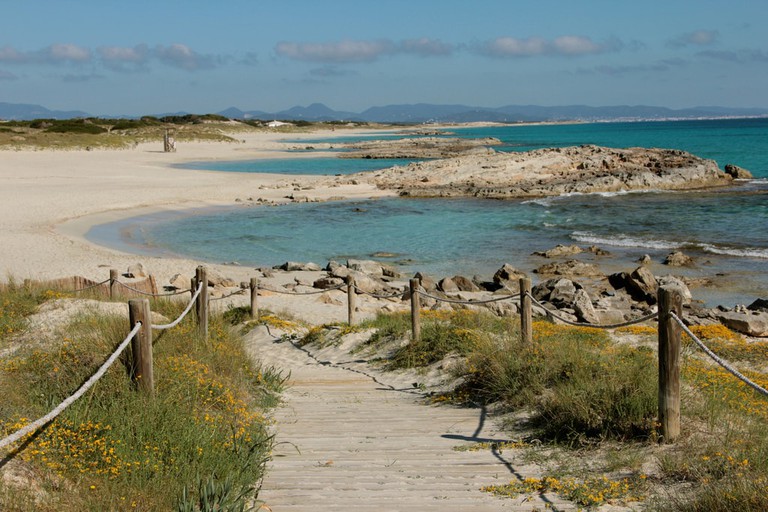 The pretty little cove of Caló des Mort is the last decent patch of sand before the south side of the island becomes a rocky coastline. This gives this picturesque-yet-rugged bay a lovely secluded feel, also aided by the steep, dune-backed cliffs that surround it. While there’s not much in the way of sand, there’s plenty of flat rocks to stretch out on, the water is impossibly clear, and stray a little out and you’re treated to panoramic views of the surrounding coast. 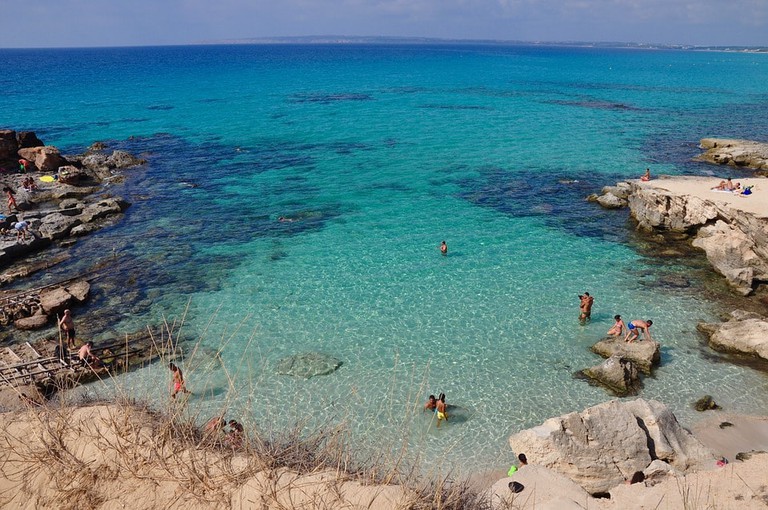