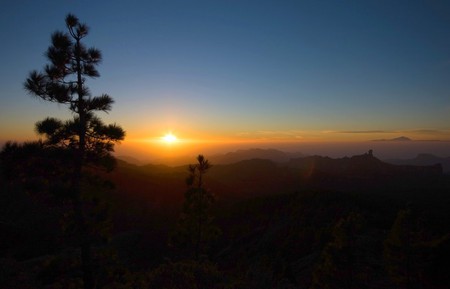 The Canary Islands’ unique volcanic landscapes and mountainous peaks mean there are many spectacular spots for sunset watching. Add the islands’ unique Atlantic position off the coast of North Africa, and you’ve got incredible opportunities to enjoy some truly fabulous sunsets – and here are top tips on just where to go.

The Roque Nublo (cloud rock) is an 80-m (262 ft) tall volcanic rock resembling an enormous standing-stone, perched precariously on top of the second highest peak on the Gran Canaria. A protected natural monument, it is one of the largest free-standing rocks in the world, and a much-photographed landmark on the island. Surprisingly accessible by road (although you can hike there too) the iconic rock is a short, but steep, fifteen-minute walk from the nearest car park. Just next to the rock is a natural platform looking west towards Tenerife’s Teide volcano, making for some incredibly dramatic sunset shots. 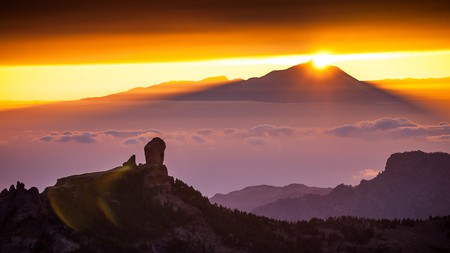 The Mirador de la Pico de las Nieves is the highest lookout point in Gran Canaria and a fantastic place to watch the sunset. Even on cloudy days, the view is fantastic as you are above the cloud line and can see the mountains and Tenerife peaking out above the sea of clouds. Reachable by car or bus, there is plenty of parking at this spot.

Benijo beach, with its views of the Roques de Anaga, is a magical place to watch the sunset. The journey to this fairly remote beach is well worth it for the sight of the sun dropping behind the jagged volcanic rock formations and into the sea. You can drive reasonably close, but to access the beach itself there is a five minute walk involving steps. 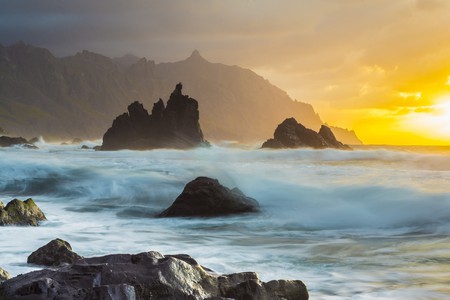 For views of the sunset with the spectacular Mount Teide volcano as a backdrop, head to the Mirador de Chipeque viewpoint in the Teide National Park. The volcano is often surrounded by a sea of clouds (mar de nubes) making the sight even more special.

It doesn’t get more dramatic than catching the sunset at over 3,500m (11,483 ft) above sea level and looking out over volcanic craters. As Spain’s highest peak, Mount Teide offers incredible views at any time of the day, but particularly at sunset. Take the cable car to the upper station and either watch the sunset from there, or take a guided sunset tour to the Pico Viejo viewpoint.

Cofete beach is 12km (7.46 miles) of wild and remote sands on Fuerteventura’s rugged Jandia peninsula. Not a beach for sunbathing (too windy) or swimming (dangerous waves and currents) it’s nonetheless well worth a visit just for a walk on an eerily beautiful, deserted beach. Sitting on the sand dunes watching the sunset against the backdrop of the jagged Jandia Mountains and to the sound of crashing waves in the Atlantic ocean is quite an experience. The downside is that Cofete is difficult to reach without a 4×4, and even then it is a tricky drive on a rough stony track – particularly once the sun has gone down. 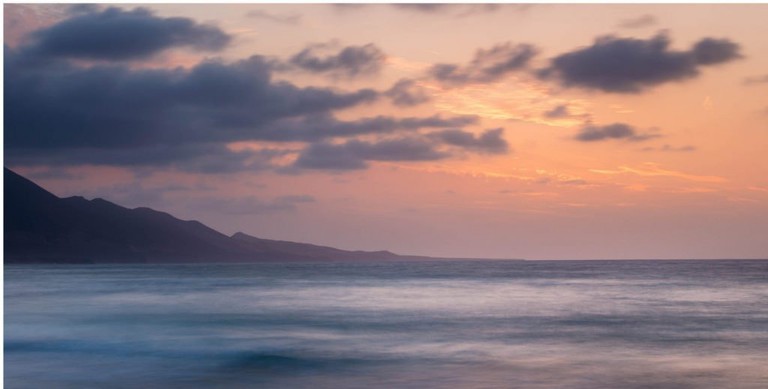 The tiny whitewashed fishing village of El Golfo is a stark contrast to the weird and wonderful black lava fields that surrounds it. Located on the edge of the Timanfaya National Park on the west coast of Lanzarote, the village is a great spot for watching the sun go down, whether that be with a drink in hand at a local bar, or at the viewpoint overlooking the famous Charco de los Clicos (green lagoon). 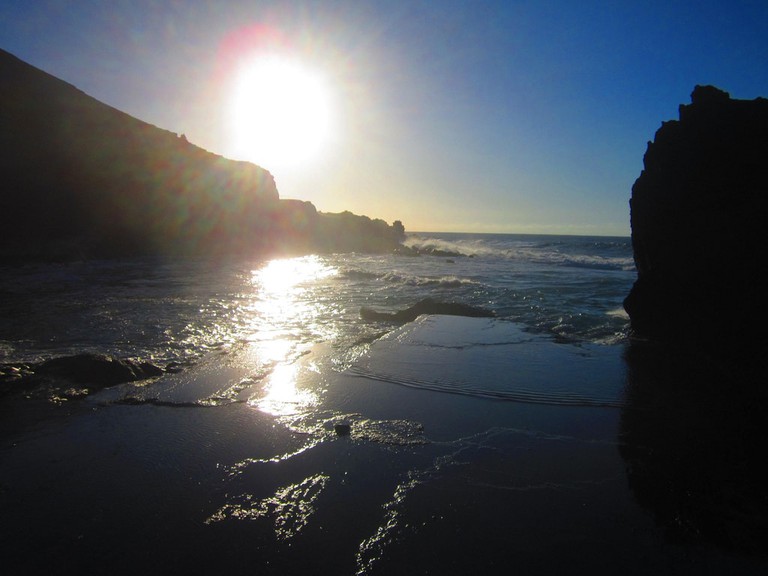