The Legacy Of The 1929 Barcelona International Exposition 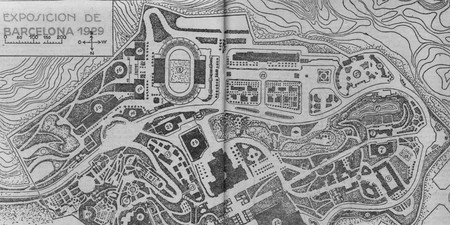 The 1929 International Exposition is without a doubt one of the most important events to have shaped the urban landscape of the city of Barcelona, probably only paralleled in its influence in the 20th century by the 1992 Olympic Games. Many of the city’s most iconic landmarks can be attributed to this defining event and continue to draw thousands of visitors to the city each year.

The origins of the 1929 Barcelona International Exposition

The 1929 Exposition was not the first international fair to be held in Barcelona, the first one having been the 1888 Universal Exposition of Barcelona which was held around the Parc de la Ciutadella. The second fair had been proposed by Catalan architect Josep Puig i Cadafalch as early as 1905, but the onset of World War I and other political and economic factors delayed the project; construction on the new site did not properly begin until 1917. One of the main challenges of the exhibition was to find a site large enough to accommodate it, as it would require at least 110 hectares of land for development. Eventually, the organisers settled on Montjuïc hill as the new home of the exhibition – a move which entailed the resettling of some of the local population. 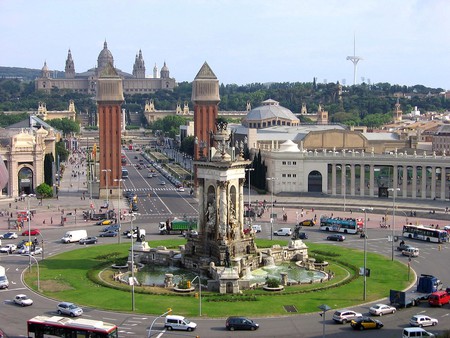 The 1929 International Exposition took place from May 20th 1929 to January 15th 1930 and saw the participation of 20 European countries, including France, Britain, Germany and Italy, as well as some private organisations from the USA and Japan. All of the participants were allocated their own pavilion, most of which were designed by an architect from their own country. The exposition ran concurrently with the 1929 Ibero-American Festival in Seville, aimed at furthering the relationship between Spain and Latin American countries, and as a result no Latin American countries featured in the Barcelona exposition. The exposition was attended by over 200,000 visitors from across Europe and the world, and was opened by the then King of Spain Alfonso XIII.

Technology and art at the heart of progress

The exposition was conceived as a way of showcasing the technological advances of the city, especially in the areas of technology, architecture and art. There were officially three sections to the exhibition: ‘Industry’, ‘Sports’ and ‘Art’. Because of the large number of new constructions that were required for the exhibition, the project was an opportunity for many engineers and architects to experiment with new styles and techniques. In terms of architecture, the movement known as noucentisme was consolidated as the emerging replacement for the hitherto popular Catalan Modernism triumphed by the likes of Antoni Gaudí and Lluís Domenech i Montaner. 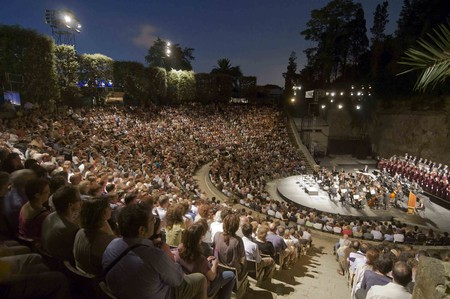 The lasting legacy of the 1929 International Exposition

Many of Barcelona’s most iconic landmarks owe their existence to the 1929 International Exposition and the city’s landscape would be radically different today had it not been for this deeply transformative event.

– The Plaça d’Espanya: designed as a main point of communication between the city and the exposition, it was completed in 1929.

– The Poble Espanyol: an architectural museum which displays representations of the various architectural styles form across Spain.

– The Palau Nacional or National Palace: now home to the National Museum of Catalan Art (MNAC), it was the main site of the exposition.

– The Magic Fountain: this spectacular fountain displays shows of light and music to the amusement of visitors young and old.

– The Montjuïc Telèferic and Port Vell Aerial Cable Car: designed as part of the project of infrastructural improvements planned for the exposition, the cable car was not finished until 1931.

– The Grec Theatre: this open air amphi-theatre is built in the style of the Ancient Greek theatres and is still used as a concert hall and stage today.

– The Montjuïc Stadium (now known as the Olympic Stadium Lluís Companys): designed in time for the 1929 the exposition, it was also part of the city’s bid for the 1936 Olympic games which were eventually awarded to Berlin.

However, it was not only in terms of architecture and urban landscaping that the city was transformed but also in terms of communication, transport and public sanitation. Many of the city’s main axes of transport were improved and expanded, and commercial services were opened at the Barcelona El Prat airport in 1927. Many systems which operated through steam, gas or coal were replaced with electricity, such as public lighting and the tram system. Today, the spirit of the 1929 International Exposition and its predecessor the 1888 Universal Exposition live on through the Fira de Barcelona, the city’s international fair institution, which organises numerous commercial and cultural events each year and is one of the largest of its kind in Europe. 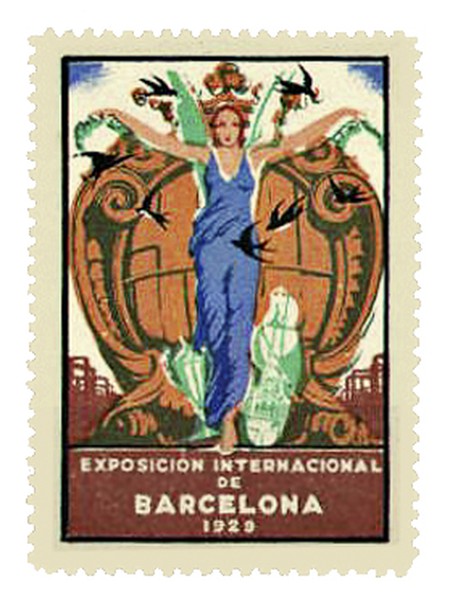 Stamp promoting the 1929 International Exposition | © SteveStrummer / WikiCommons
Give us feedback