The History Of The Valencian Jardin Del Turia In 1 Minute 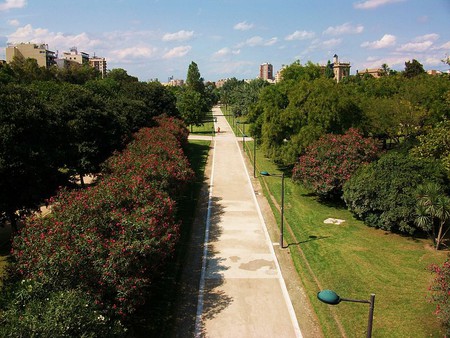 Jardin del Turia is a park of 110 hectares situated in the Spanish city of Valencia. It is the biggest urban park in all of Spain and it counts almost seven million visitors every year. Inaugurated in 1986, it corresponds to the old riverbed of the stream once passing through the city, namely the Turia. Today it is a landmark for the whole city; and it incorporates several sports pitches, kids’ playing parks, as well as the beautiful City of Arts and Sciences.

In 1957, Valencia experienced one of its most tragic years. On October 15th, the river Turia flooded, causing several damages to the city and resulted in 81 casualties. Although it was not the first flood damaging Valencia – 75 floods are counted throughout its history – it was probably the most devastating one ever recorded. Just after the disaster the Spanish government along with the Mayor of Valencia, rapidly designed the Plan Sur, namely the project of diverting the whole river outside the boundaries of the city. Initially, the old riverbed was supposed to become an urban highway, but the intervention of the inhabitants, asking for a green space in the city where to relax, transformed the empty space into a park.

Many designers and architects worked to shape the Jardin del Turia. Above all, the postmodernist Spanish architect Ricardo Bofill (father), who designed the chunk near the Palau de la Musica (the concert hall), making use of several orange trees and palms. Then, the team Vetges Tu I Mediterrania designed the northern section; situated between the Casa del Agua and the Turia metro station. Worth mentioning is also the Conselleria de Agricultura (Agricultural Council) that planned the part between Ademuz bridge and the Serranos’ Towers; creating the bosque urbano (the urban forest); in which thousands of pine trees are gathered. 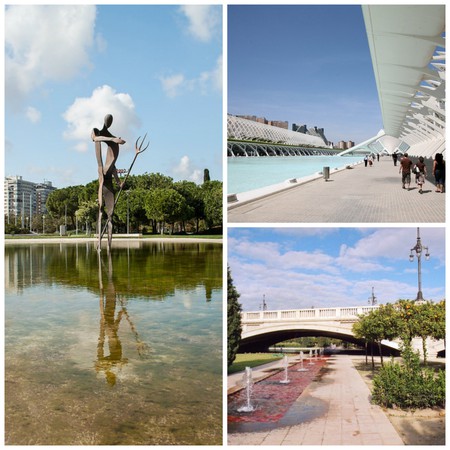 After its inauguration in 1986, the park never stopped developing. Around the year 2000 the Exposition Bridge and the Gulliver kids’ park were added. In 2005 the City of Arts and Sciences was completed, and finally the whole of it opened to the public. Moreover, in 2008 the new Zoo of Valencia, located at the North end of the park, was inaugurated.

Jardin del Turia is surely a landmark of Valencia, and therefore it is an obliged visit for anyone passing through the city.