The History Of The Thyssen-Bornemisza Museum In 1 Minute 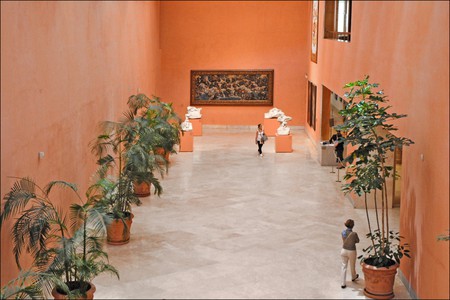 Located in the Spanish capital of Madrid, the Thyssen-Bornemisza Museum is one of the country’s largest and most significant collections of art, once considered to be the second largest in the world. Along with the Prado and the Reina Sofia, it forms part of the ‘Golden Triangle’ of museums, together representing all of the most consequential movements in Europe of the past centuries.

The museum is named after its founder, the Baron Thyssen-Bornemisza de Kászon, a German-Hungarian entrepreneur and art collector. He began his own private collection in the 1920s, acquiring a number of masterpieces during the Great Depression which were kept in the family home in the Swiss town of Lugano. The Baron focused primarily on the acquisition of pieces by many of the classical Old Masters: Caravaggio, Durero, Jan van Eyck, etc. Eventually the collection was passed into the hands of the Baron’s son, Hans, who expanded the collection and acquired a number of more modern pieces including a large Impressionist collection. In the face of the growing inability of the family home to house the entire collection, it was the Baron’s wife, the Spanish-born Carmen Cervera, who eventually influenced the decision to move the collection to Spain, despite keen interest from a number of private and public buyers across Europe. 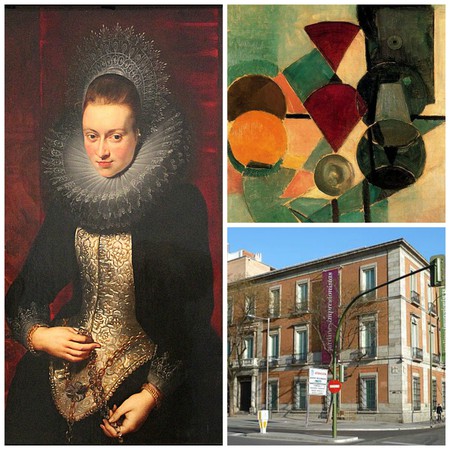 In 1992, the Thyssen-Bornemisza Museum opened its doors to the public in Madrid, housed inside the Palacio de Villahermosa, an 18th century neoclassical palace designed by the architect Antonio López Aguado and located alongside the Prado Museum. A part of the collection was also sent to Barcelona, where is is exhibited in the Pedralbes Monastery. Today there are over 1000 pieces on show in the Madrid museum, including some of the most acclaimed masterpieces of the Italian and German Renaissance, the Great Dutch Masters, Impressionism, Post-impressionism, Fauvism, Cubism, Futurism, Surrealism, Pop Art, and a number of influential pieces from the 1980s. It is currently believed to be the fifth most visited museum in Spain.