The History Of The Seville Cathedral In 1 Minute 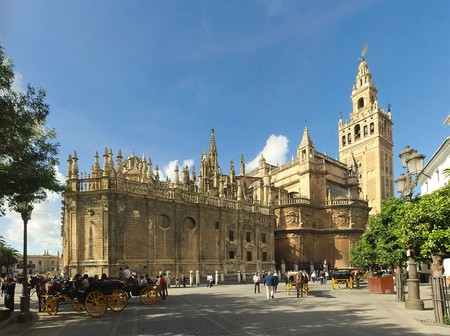 Located in the southern Spanish province of Andalusia, the Cathedral of Saint Mary of the Sea or Seville Cathedral as it is known in short, is a Roman Catholic place of worship and the largest cathedral in the world. Since 1987 it has been declared a UNESCO World Heritage site and is one of the most important landmarks of Spain.

The Seville Cathedral was constructed on the site of a former mosque which had been erected by the Moors who conquered the Iberian peninsula from the 8th century onwards. The mosque was completed in the late 12th century but by the mid-13th century, Seville had been reclaimed by the Catholic Kings of Spain and the mosque came under the ownership of the new Christian rulers who declared it a Christian site of worship. About a century later, in 1401 the decision was finally made to construct a cathedral in the place of the mosque which was, in turn, to be destroyed. Of the original Muslim monument, certain architectural features were preserved and incorporated into the construction of the cathedral. Of these the most remarkable is the minaret, a large tower-like structure used for the call to prayer, which was converted into the bell tower, today known as the ‘Giralda’. 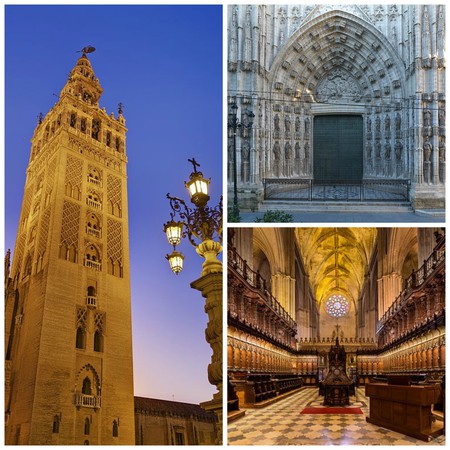 When construction began on the cathedral, legend has it that the clergymen declared ‘let us build a church so beautiful and so grand that those who see it finished will think we are mad’. At that time Seville had become an important centre for trade and the cathedral was to serve as a symbol of the city’s wealth and influence. Construction finished a century later and the cathedral was inaugurated on October 6th, 1506. Just four years later, one of the main pillars collapsed leading the main dome to fall and destroy the crucifix beneath it. Throughout the times, the cathedral has been the subject of a number of refurbishments and extensions, each bearing the mark of the style of the time: Renaissance, Baroque, Neo-gothic, and more. Today the cathedral is the most popular site in Seville, attracting over one million visitors each year, and remains an important place of Christian worship and community.