The History Of The Reina Sofía National Museum In 1 Minute 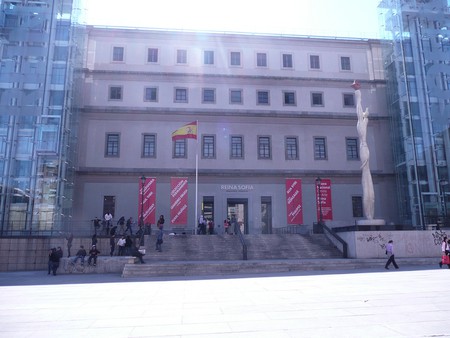 Reina Sofía National Museum and Art Center, or Museo Nacional Centro de Arte Reina Sofía, is Spain‘s national museum of 20th-century art. It was officially inaugurated in 1992 and was named for the Queen Sofía. The museum is centrally located next to Atocha train and metro stations. Together with two other major museums in the capital – the Prado Museum and Thyssen-Bornemisza Museum – it forms Madrid’s Golden Triangle of Art.

The art collection at the Reina Sofía museum consists mostly of Spanish 20th-century pieces, including many works by Salvador Dalí and Pablo Picasso: one of the most important pieces at the museum is Picasso’s Guernica. Other Spanish artists include Joan Miró, Antoni Tàpies, Pablo Serrano, José Gutierrez Solana and Juan Gris. Even though the national collection is much more extensive, Reina Sofía has also acquired art by international artists such as Vasily Kandinsky, Diego Rivera, Max Ernst and Damien Hirst. 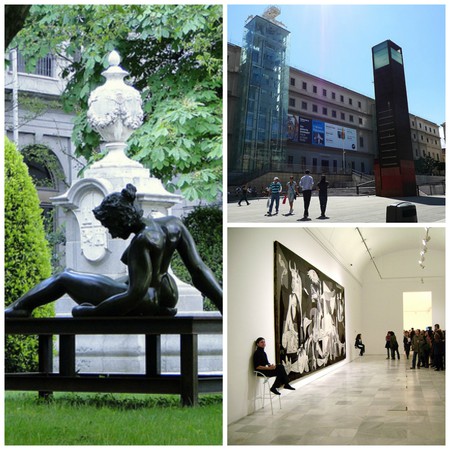 Besides the permanent collection of 20th-century art, Reina Sofía also hosts temporary exhibitions in its many galleries and is amongst the biggest modern art museums in the world. The main building of the museum once functioned as the first general hospital in Madrid, designed by architects José de Hermosilla and Francisco Sabatini. The hospital was closed down in 1969, and an extensive restoration of the building started in the 1980s in order to prepare the space for its new function as an arts center. In 2005, an extension of the museum, designed by French architect Jean Nouvel, opened to the public, including two auditoriums, spaces for contemporary exhibitions, restaurants and a bookshop. The museum also hosts an extensive library specializing in art. In 2013, Reina Sofía was ranked as the 13th most visited art museum in the world, with more than three million guests each year.

📅 Monday, Wednesday-Saturday: 10:00 am-9:00 pm. Consult the official website for the opening hours on Sundays and on bank holidays. Closed on Tuesdays.