The History Of The Poble Espanyol In One Minute 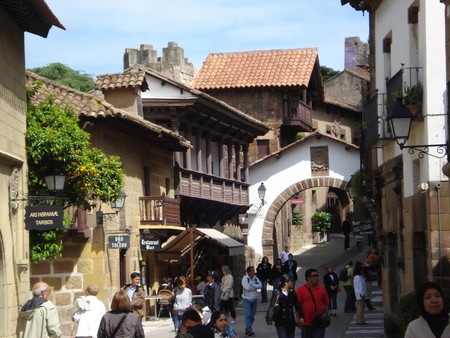 The ‘Poble Espanyol‘, meaning ‘Spanish Town’, is an architectural museum located in the city of Barcelona which was designed to be a synthesis of the architectural landscape of Spain in the early 20th century. It was created as part of the 1929 International Exposition of Barcelona and today it remains one of the city’s most popular attractions.

The origin of the Poble Espanyol can be traced to the 1929 International Exposition of Barcelona, during which twenty European countries participated in the event designed to showcase the technological and artistic prowess of the city. It was to be a synthesis of the various architectural styles of Spain at the time, designed by the Catalan architects Francesc Folguera and Ramon Reventós who travelled across Spain to take notes and take photographs of buildings across the country to help with the design, accompanied by art critic Miquel Utrillo and artist Xavier Nogués. They visited a total of over 600 areas in order to have a sufficient data to create a snapshot of Spanish architecture at the time. They visited 15 of the then 16 autonomous communities of Spain, missing out La Rioja which was not an autonomous community at the time and the Canary Islands which they could not visit for economic reasons. 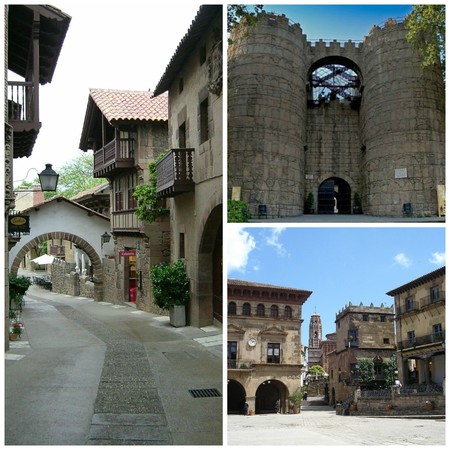 The Poble Espanyol is set out like a life-size small town, and includes many of the features and infrastructures you would expect to find in a town of its size, including a main square, shops, restaurants, workshops and theatres. Today, these are all open to the public and the Poble Espanyol is home to a number of cultural activities throughout the year; ranging from theatrical performance to electronic music festivals. It is also home to a number of artisans who work to manufacture blown glass, leather goods, wooden carvings, Spanish guitars, ceramics, jewellery and other traditional goods. The Poble Espanyol is also home to a small museum known as the Fran Daurel Museum which exhibits a private collection of paintings, tapestries and carvings by some of the most famous Spanish artists of the past few centuries including Dalí, Miró and Picasso.