EUROPE
/
SPAIN
/
CORDOBA
/
Things to Do

A Brief History of the Mosque-Cathedral of Córdoba 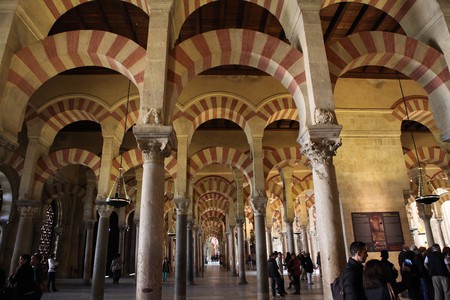 Córdoba’s Mosque-Cathedral is a stunning monument to the two religions and cultures that have shaped Andalusia: Islam and Christianity. A Renaissance church squats right on top of what was once the most important mosque in the Islamic kingdom, making this building a must-see for anyone visiting Córdoba.

The site was originally home to a Roman temple, which was later replaced by a Christian Visigoth church. In 711, when the Moors took Andalusia from the Christians, the Visigoth structure was divided into two halves and used as a place of worship by both Muslims and Christians – a remarkable act of tolerance, given the fervour of the times. But the reign of religious pluralism in Córdoba didn’t last: in 784, on the orders of the Emir Abd al-Rahman, the church was destroyed and work on a great mosque began. Construction lasted for over two centuries and, when the building was completed in 987 with the addition of the outer nave and courtyard, Córdoba’s mosque was the largest in the Islamic kingdom, save only for that of Kaaba in Arabia. 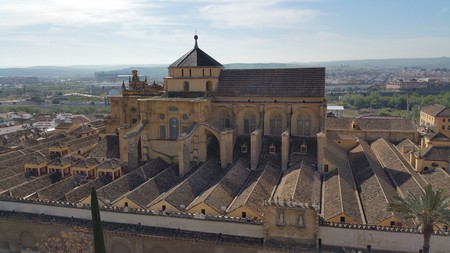 Is it a mosque or a cathedral? Answer: it's both; waldomiguez, pixabay

When construction was in its final phase in the late 10th century, the Islamic kingdom – under the Omega Caliphate – was at its most powerful. To reinforce Moorish might in Spanish Christian territories, the feared warrior Al-Mansur embarked on a violent rampage through northern Spain and, upon entering Santiago de Compostela, he conceived of an ingenious way in which to outrage his enemies. First, he rode straight into the city’s cathedral on horseback and let his steed drink from the holy font; as if that weren’t insulting enough, Mansur then had the building’s bells removed and transported to Córdoba, where they were melted down and made into lights for the city’s mosque. 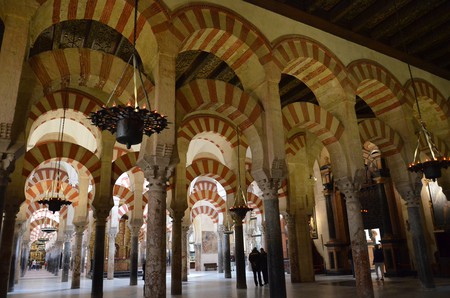 The famous double-arches in the mosque's main hall; Amoniaq, pixabay

In 1236, Córdoba was recaptured by the Christians. King Ferdinand III immediately ordered the mosque’s lanterns to be transported back to Santiago de Compostela, where they were converted back into bells for the city’s cathedral. Subsequent Christian monarchs altered and added to – but never demolished – the mosque, resulting in the hybrid structure that remains: in the mid-13th century, King Alfonso X oversaw construction of the Villaviciosa and Royal Chapels (the latter of which was rebuilt by Henry II in the 14th century), and in the 16th century Charles V added the great Renaissance nave right in the middle of the mezquita. Apparently, though, he was disappointed with the result. 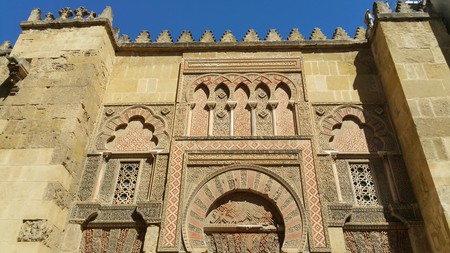 The mosque’s most-photographed aspect is its vast main hall, which is supported by over 850 double-arched columns. Showing no respect for their forbears, the Moors plundered the site’s Roman and Visigoth remains for the jasper, onyx, marble and granite needed to build them – just as, in the early 11th century, they would use material from Malaga’s great Roman amphitheatre to build the city’s Alcazaba fortress. The iconic and somewhat hypnotising double-arch feature was the result of architectural necessity, since with single-arch columns (about seven or eight feet high) the immense roof would have been too low. Sunlight and shadows create unusual effects as you wander amongst them, contemplating the troubled history of this great building.