The History Of The Güell Pavilions In 1 Minute 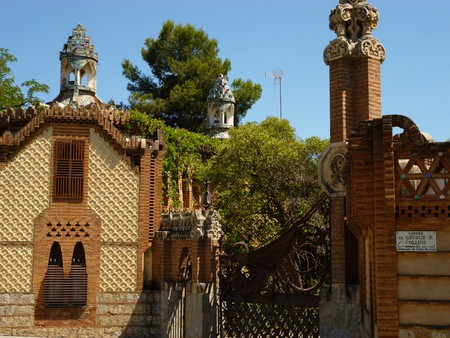 Not the first thing that springs to mind when most people hear the word ‘Güell’ in Barcelona, the Güell Pavilions are among Antoni Gaudí’s lesser-known creations: a complex of buildings located in the Pedralbes neighbourhood of the city. Despite this, they are an important part of the legacy of this brilliant architect, whose name is synonymous with the vanguard of Catalan Modernism.

The Catalan architect Antoni Gaudí is one of the most famous figures of Barcelona’s architectural history, responsible for the design of many of the city’s most emblematic landmarks, including the Sagrada Família, Casa Batlló, and Park Güell. In fact, the name Güell is that of Count Eusebi Güell, a local entrepreneur who became Gaudí’s patron for a number of years and backed the construction of a number of Gaudí’s monuments — the most famous of which is the eponymous park located on the outskirts of the city. Count Güell owned a holiday home in an area of the small town of Sarrià, now a part of Barcelona, which was built by the architect Joan Martorell i Montells, who had been one of Gaudí’s teachers. But Güell was eager for the building to be renovated, and he asked Gaudí to oversee its design. Gaudí worked on the building from 1884 until 1887. 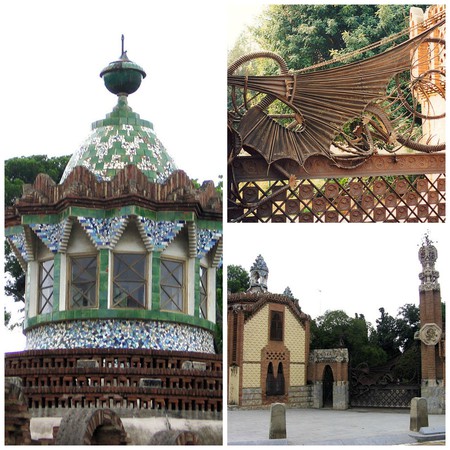 Gaudí suggested an Orientalist design, with elements recalling the Mudéjar art of the Moors who remained in Spain after the Christian Reconquista. One of the most remarkable elements of the design is the wrought-iron gate in the shape of a dragon with a glass eye. The dragon was said to represent Ladon, the serpent-like dragon which guarded the Garden of Hesperides in Greek mythology. The Pavilions themselves consist of a stable, lunging ring, and two gatehouses which were intended to be the groundskeeper’s house. Gaudí also changed the landscape of part of the gardens and built two fountains, one of which — the ‘Fountain of Hercules’ — still stands near the Royal Palace of Pedralbes today.