The History Of The Generalife Gardens In 1 Minute 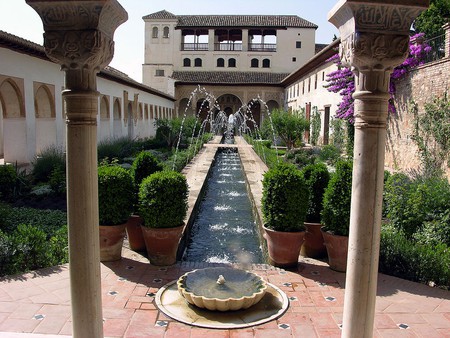 The Generalife is a former palace and country estate built by the Muslim Conquerers who occupied parts of the Iberian peninsula from the 8th century onwards. It forms part of the conjunct of buildings which include the world-famous Alhambra and Albayzín in the Spanish town of Granada. Today it is open to the public and attracts thousands of visitors each year who come to admire the beauty of its UNESCO World-Heritage site gardens.

The Generalife was first and foremost designed as a place of rest and respite for the sultans and emirs who resided in the sumptuous Alhambra palace. Although some form of palace or fort had existed in the area since about the 8th century onwards, it wasn’t until the 13th century that the Alhambra was converted into a royal palace and it was about this time that plans for the Generalife were made, most likely during the reign of Muhammad III. In the original design, the modest main buildings were surrounded by the Gardens of the Jardím de la Sultana or Sultana’s Gardens, as well as the Patio de la Acequia or Water-Garden Terrace. The gardens are a prime example of Moorish architecture from the time, namely of the Nazari Emirate which ruled over Granada from the 13th to the 15th century. Today it’s one of the best-preserved Moorish gardens still remaining in Spain. 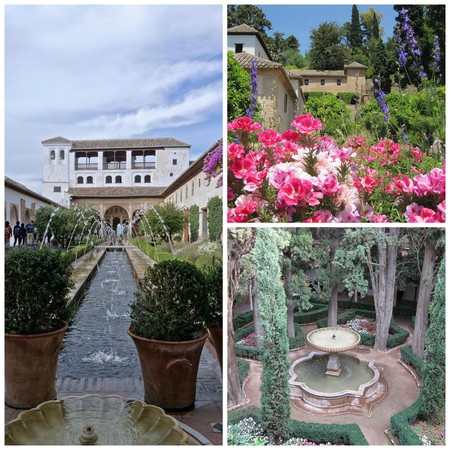 The Patio de la Acequia is composed of four parts as was customary in Andalusia at the time of its construction, owing to the layout of the terrain among other things, and is traversed by the Acequeia Reial, a six-kilometer-long water canal which was used to irrigate the gardens of the Alhambra and Generalife. In addition to the ornamental gardens, during the Middle Ages there were also a number of agricultural gardens which were used to grow fruits and vegetables. Some rumors say that the name of the palace itself could come from the Arabic Yannat al-Arif meaning ‘Garden of the Architect’, although the exact origin of the name remains disputed. In 1984 the Generalife was awarded the status of World Heritage Site alongside the Alhambra palace and together they form one of the most important legacies of Moorish architecture and design in Spain.