The History Of The Fundació Tàpies In 1 Minute 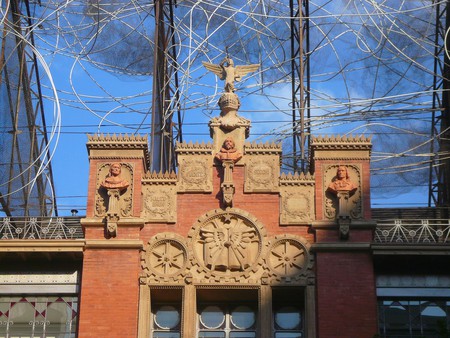 One of the most important figures to arrive on the Spanish art scene after the Second World War, Antoni Tàpies is a renowned Catalan artist and art theorist who spent most of his life living in the city of Barcelona. The Fundació Tàpies is a cultural centre and museum founded by the artist himself with the aim of promoting the understanding of contemporary art.

The Fundació Tàpies was founded in 1984 but did not open its doors to the public until 1990, housed in the buildings of a former publishing house constructed by the renowned Catalan architect Lluís Domènech i Montaner. The building itself was built between 1880 and 1885, in the early days of the emergence of Catalan Modernism. The founding idea for the Fundació was the artist’s desire to create a space in which to discuss and further the understanding of the emergent modern art scene. The artist had been drawn to the art world from a very young age, having come across an art magazine as a teenager which inspired him to teach himself to draw and paint. He would go on to become one of the most revered European artists of his generation, acclaimed for his use of mixed media including clay, dust, paper and other materials to produce his works of art. 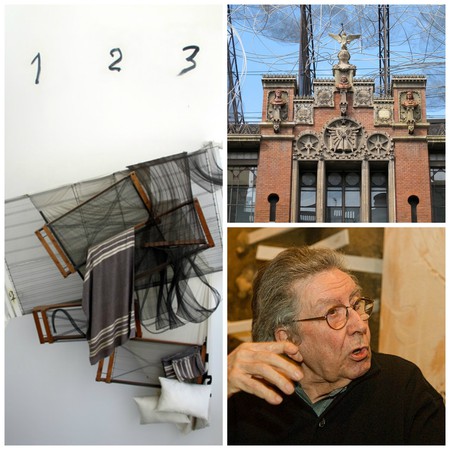 Today the foundation is home to the largest collection of Tàpies’ work, most of which were donated by the artist himself. In addition to exhibiting his oeuvre, the Fundació also hosts film sessions, lectures and other educational activities for both children and adults throughout the year. There is also a library which contains over 50,000 books and exhibition catalogues, as well as journals and audiovisual content, and covers subjects such as painting, sculpture, drawing, architecture, design, decorative arts, performance, music, photography, cinema and video.