The History Of The CaixaForum Barcelona In 1 Minute 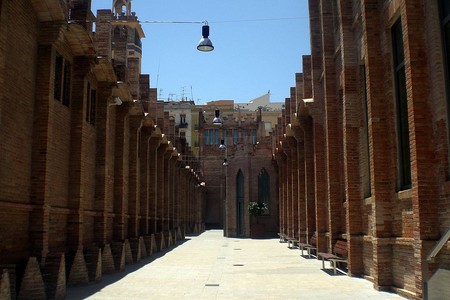 Located near the National Palace on the slopes of Montjuïc, the CaixaForum is an art gallery and museum sponsored by the Caixa banking group, which lent it its name. It hosts a variety of social, cultural and educational events open to the public throughout the year.

The CaixaForum opened to the public in 2002, in the disused buildings of an old textile factory which had been funded by the entrepreneur Casimir Casaramona and opened in the year 1911. He commissioned the building’s design to the prominent Catalan architect Josep Puig i Cadafalch, who at the time was part of the vanguard of Catalan Modernism alongside his contemporaries Lluís Domènech i Montaner and Antoni Gaudí. The building is a fine example of the industrial architecture of the early 20th century and at the time of its opening it was awarded the prize for best industrial building by the local council. 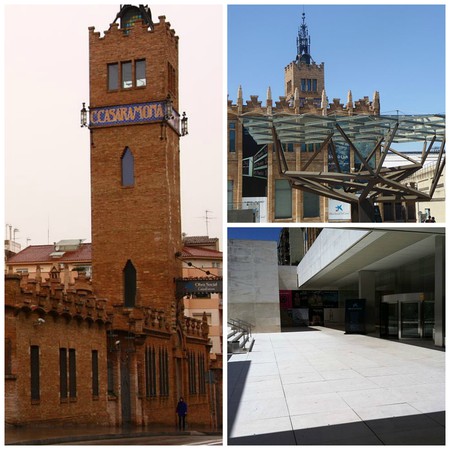 The building went on to serve as a warehouse, and was later used by the Spanish National Police Force before eventually being acquired by the Caixa banking group in 1963. It was in 1992 that the group decided to dedicate the space to the people of Barcelona and Spain, and convert it into a project with a social and educational end. Ahead of the opening of the museum, the building underwent some structural transformation, including the addition of a new entrance, designed by the Japanese architect Arata Isozaki who commissioned the construction of thousands of new bricks to match the original ones dating back to the early 20th century.

Today the museum is comprised of a main exhibition space, a library, and auditorium and classrooms which stretch across 12,000m², and attracts hundreds of thousands of visitors each year. This includes a permanent space dedicated to Catalan Modernism, featuring inter-active displays enabling visitors to explore the old textile factory. The museum also prides itself on its large collection of contemporary art which is on show in partial rotation throughout the year.