The History Of The Born Cultural Centre In 1 Minute 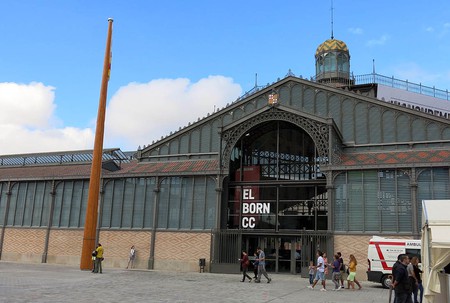 Located in what was one of Barcelona’s central markets for centuries, the Born Cultural Centre is a recent addition to Barcelona’s collection of museums and cultural centres, having been inaugurated as recently as 2013 following the unexpected discovery of historic ruins in the foundations. Today it serves as an important reminder of the city’s history, with this interactive cultural centre hosting talks and events throughout the year in literature, theatre, music and more.

The Born Cultural Centre is located within the walls of the ‘Mercat del Born‘ or ‘Born Market’ which was built between 1873 and 1878 and designed by the local municipal architect Antoni Rovira i Trias. The market’s construction was part of a project organised by the local council to reorganise the provision of food within the city of Barcelona by creating a series of large covered markets, each dedicated to a particular type of food: fruit and vegetables, fish, meat, etc. The Born Market eventually became the central market of Barcelona city centre and operated as such until 1971 when it was replaced with the larger Mercabarna, located on the outskirts of the city. Facing the prospect of the demolition of the market, local associations of neighbours campaigned for it to remain open and be converted into something else. Eventually a restaurant was opened there in 1977, but the building’s future remained quite uncertain for nearly ten years. 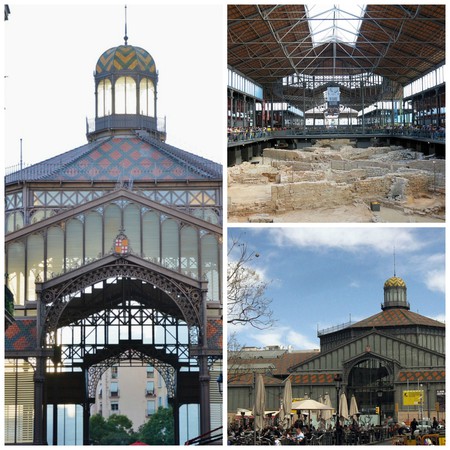 Finally, in the early 2000s, the local council took the decision to use the disused market building as the new home of the Provincial Library of Barcelona. It was at this point that in 2002, during the early stages of the renovation work for the library that the builders discovered important remains dating back to the 18th century. The ruins were identified as remnants of the La Ribera neighbourhood which was largely destroyed during the Catalan War of Succession. The result was a large and ongoing archaeological operation to uncover and preserve these historic ruins and eventually the decision was made to create the Born Cultural Centre, exposing the ruins for visitors to see and using the rest of the space as a cultural hub. Today the centre is a popular tourist sight as well as an important educational centre for local schools and organisations, with pedagogical tours and activities organised throughout the year. The centre also runs talks and events which are open to the public and a full program can be found on their website.