The History Of The Boqueria Market In 1 Minute 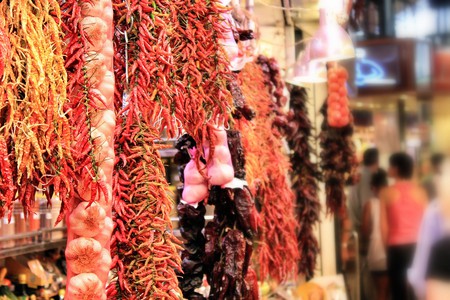 The most famous of Barcelona’s many public food markets, La Boqueria, or El Mercat de Sant Josep de la Boqueria as it is officially called, is located on the iconic Las Ramblas street in the center of the city. Today one of the most popular tourist sights in Barcelona, it continues to be an important center for local commerce and the shopping place of choice for many of the city’s chefs.

The origins of La Boqueria market can be traced back to the 12th century when local producers from around the city would gather on the outskirts of the Old Town, ‘Ciutat Vella,’ and sell their goods to the locals. By setting up their stalls outside the walls of the city, they avoided paying the import tax that was owed on goods sold inside the Old Town. The current location of La Boqueria was in part determined by an unfortunate incident during which the convent of Sant Josep, which once stood where the market is today, was burned down, and a temporary structure for the market was built in its place. This eventually became the permanent home of the largest market in Catalunya, which today covers some 2,583 square meters and contains over 300 stalls selling local and international produce. 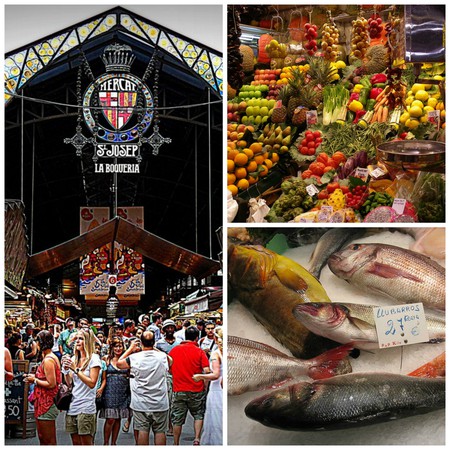 The market is believed to be behind the origin of the flower stalls which today are a popular feature of Las Ramblas. In the early days of the market, vendors would offer cut flowers to their customers as a thank-you for their trade, and so created the demand for a supply of fresh flowers nearby. Today, the market is home to a large number of stalls selling fresh fruit, vegetables, meat and fish, as well as dried fruits, cured meats and a selection of local specialties. Despite its popularity amongst tourists, it continues to serve much of the local population and is regularly visited by some of the city’s most prominent chefs in search of inspiration.