The History Of The Barcelona Museu Marítim In 1 Minute 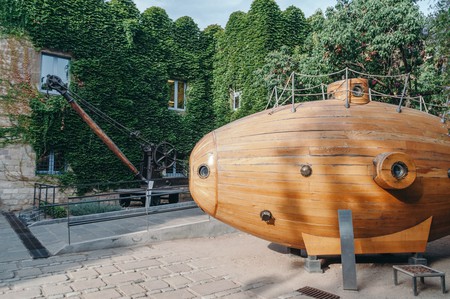 The Museu Marítim de Barcelona, or Barcelona Maritime Museum, is dedicated to preserving and promoting the rich maritime history of the city of Barcelona, which has been an active port for over 2,000 years. The museum is located just a stone’s throw away from the historic Port Vell, today home to yachts and fishing boats, in one of the city’s old military shipyards.

The Maritime Museum is located within the walls of the former Royal Shipyard of Barcelona, the Drassanes Reials de Barcelona, the early foundations of which date back to the 12th century. The shipyard served to build the fleet of King Peter III of the Crown of Aragon and was still active as a shipyard up until the 18th century. Like much of the architecture in the old town of Barcelona the building is largely Gothic in style and although it has undergone renovation and extensive work throughout the centuries, the original features of the building were carefully preserved. In this sense, the building itself is an important landmark and part of the maritime heritage the museum aims to preserve. 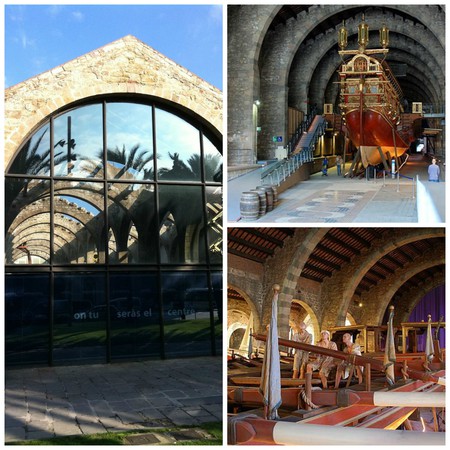 The museum retraces the city’s naval history from the 15th century onwards, including replicas of historic vessels and maps, navigation instruments, paintings, weapons, and other artefacts. The museums organises tours and talks throughout the year, as well as temporary exhibitions exploring man’s relation to the sea through various perspectives (social, economic, artistic, etc). It also includes a large archive of historic documents which preserves the city’s important maritime heritage for future generations.