The History Of Plaza De Cibeles In 1 Minute 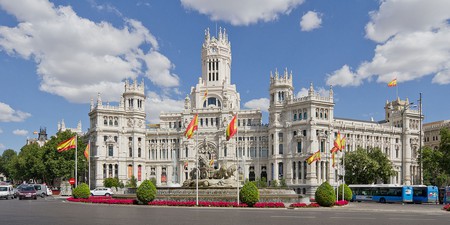 Plaza de Cibeles, or Cibeles Square, is a famous square and a landmark in the heart of Madrid. A neo-classical fountain and statues and sculptures made of marble have been placed in the centre of the square and, together with the Cybele Palace, have become an important symbol of the city. Plaza de Cibeles is surrounded by four of the city’s prominent buildings: The Cybele Palace (or City Hall), The Bank of Spain, The Palace of Linares and The Palace of Buenavista. The square was originally named as Square of Madrid but was later on renamed by the City Council.

The location of the square is historically important as it used to be part of an axis dividing the urban parts of the city and the palace area of the monarchs in the period of Renaissance. Nowadays, the buildings surrounding the plaza adjoin three of Madrid’s districts: the centre, Retiro and Salamanca. 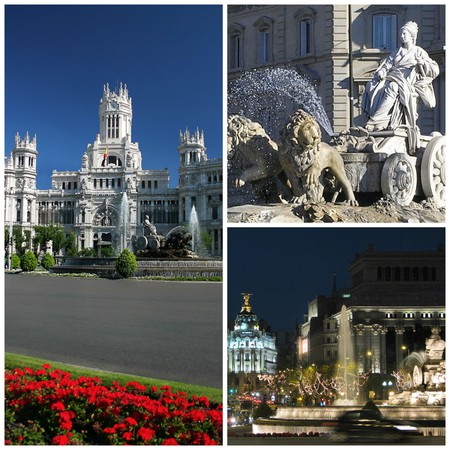 The fountain in the middle of the square, Cybele, is named after the Phrygian goddess with the same name and it is considered one of the most important symbols of Madrid. The fountain was constructed during the reign of King Charles III between 1777 and 1782 and it was designed by Spanish architect and artist, Ventura Rodríguez. The fountain displays the goddess Cybele sitting on a wagon pulled by two lions. Originally the fountain was placed in front of the Buenavista Palace but was then moved to the centre of the square in the late 19th century. The fountain plays an important role in the celebrations of Real Madrid football club who, together with their fans, gather on the plaza to celebrate triumphs, hanging a flag of the club around the Cybele statue.