The History Of Parque El Capricho In 1 Minute 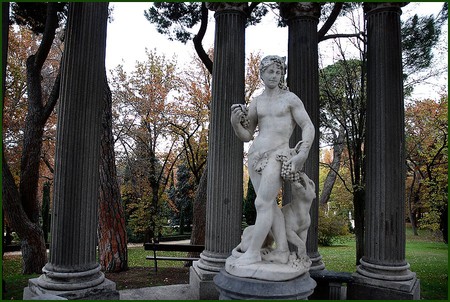 Parque El Capricho or Caprice Park, is a big, 14-hectar park located in the Barajas – district of Madrid, north-east from the city center. The park is said to be amongst the most beautiful parks in the city yet surprisingly, it is fairly unknown to the public.

The idea of the park was first sparked in 1784 when the Duke and the Duchess of Osuna acquired the land in order to establish a place to cultivate the family’s artistic values and find a spot to escape the city for some peace and quiet. The Duchess was very fond of cultivating and protecting arts and she commissioned a project to reshape the land where many artists and gardeners could work. The construction of Caprice Park took place between 1787 and 1839.

Caprice Park is the only garden in Madrid representing the Romantic period. It has features from Italian, English and French styles, contributed by the different designers who worked on the project. The park consists of different spaces including the palace for the Duke’s family, a pond, a maze, a plaza of emperors and a small chapel. 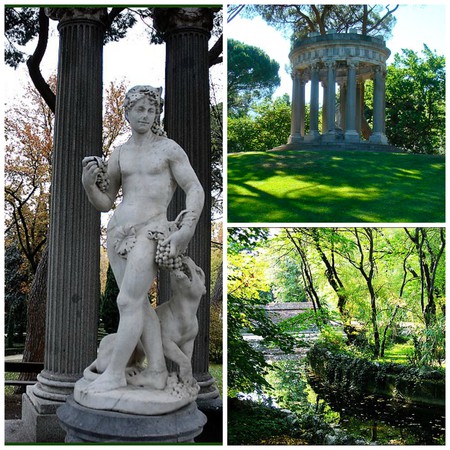 When the Duchess died the park became less visited amongst the high society and quite controversially, during the Spanish Civil War it served as the headquarters of the Republican Army who built a protective bunker in the park. In 1974 Caprice Park was bought by the Madrid’s city council who initiated an extensive restoration project in order to turn the park into a public space. The restoration was finalized in 1999. The beautiful Parque El Capricho is open to the general public on weekends and is well worth the trip for the unique Romantic spirit the park fosters.