The History Of Madrid's Anthropological Museum In 1 Minute

Located in the Spanish capital, Madrid, the National Anthropological Museum is the country’s first museum dedicated to the study of human societies and cultures. It aims to represent the various human communities which exist across the five continents of the world.

The origins of the museum can be traced back to the work of the Spanish doctor and anthropologist, Pedro González Velasco, who wished to create a space in which to preserve and exhibit his large collection of artifacts, samples and specimens. These pieces were gathered over the course of his numerous journeys to foreign continents for expeditions as well as purchases he made from other collectors. Towards the end of his lifetime, plans had already begun to found a national museum of anthropology, and on April 29, 1875, the ‘Museum of Anatomy’ opened its doors to the public. Upon his death in 1887, the Spanish government purchased his collection, and eventually, the name of the museum was officially changed to ‘National Anthropological Museum.’ 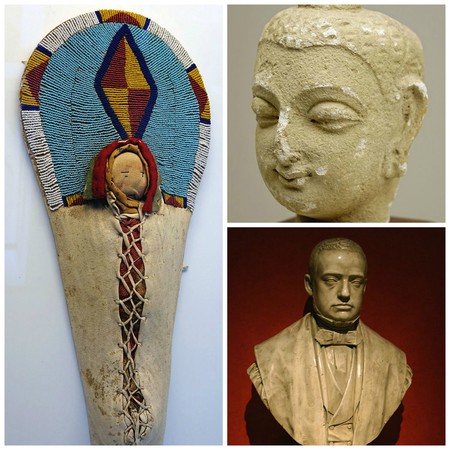 The building in which the museum is currently located was purposely built to serve as both the primary residence and private museum of Doctor Velasco. There are three floors on which the collection is exhibited: the ground floor is dedicated to biological anthropology, the study of Asian civilizations and temporary exhibitions. The Asia collection focuses especially on the Philippines, India and the Far East and includes relics from Buddhist, Christian and Muslim communities. The first floor of the museum is dedicated to Africa, both North and Sub-Saharan, including Morocco, Liberia, Ethiopia, Kenya, Equatorial Guinea and Sudan. Last but not least, the second floor of the museum is dedicated to America, especially Mesoamerica and the Amazon. The museum acts as an important educational center, welcoming groups of adults and children throughout the year for specially organized workshops and exhibitions.