The History Of La Rambla Of Barcelona In 1 Minute 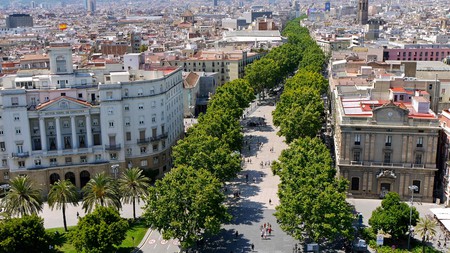 Located just beside the Gothic Quarter and Plaça Catalunya, La Rambla has come to define the city center of Barcelona and is one of the most popular tourist sights in the city. Although today the area has something of a questionable reputation among locals and travellers owing to pick-pocketing and mass-tourism, the boulevard has a long history as an important social and cultural hub.

One of the first facts to know about La Rambla is that it is not just one but five streets in succession: the Rambla de Canaletes, the Rambla dels Estudis, the Rambla de Sant Josep, the Rambla dels Caputxins and the Rambla de Santa Mònica. Together they form the 1.2km long boulevard which runs from the Mirador de Colom by the waterfront, to Plaça Catalunya, the central square of Barcelona where the Old Town meets the more modern Eixample neighborhood. The Rambla is considered the dividing limit between the Old Town (Gothic Quarter) to the east of the street, and the Raval neighborhood to the west. Historically, it was a large sewer which served to evacuate the waters from the surrounding mountains and separated the walled Old Town from the adjacent suburbs. 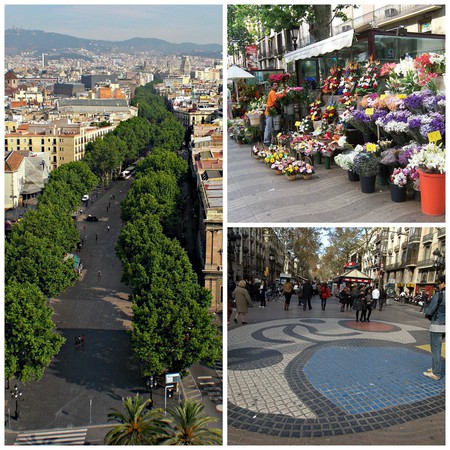 The origins of La Rambla as a street date back to the 15th century when the sewer was diverted and covered up. From then onwards it became an important axis for transport, public gatherings, markets and festivities. What is now the world-famous La Boqueria market was initially an open-air market, which grew on the outskirts of the Old Town as a way of avoiding the import tax on goods sold inside the walls of the city.

In fact, the market is responsible for the presence of flower stalls on La Rambla, as the market stall owners would offer flowers to their customers as an appreciation for their purchase. The street is also home to the Font de les Caneletes, a small water fountain which today acts as a symbolic gathering point for Barcelona Football Club fans when their team is victorious. Other important landmarks on La Rambla include the Liceu Theatre and the adjacent Plaça Reial.