The History of Córdoba, Spain 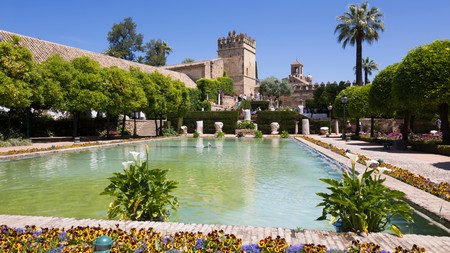 The southern Spanish city of Córdoba has a long and fascinating history. Originally thought to have been a Carthaginian settlement, it prospered under Roman rule and reached its apogee under the Moors, who seized control of Spain from the Visigoths at the start of the eighth century. Read on for a brief look at the key stages of Córdoba’s many-layered past.

Córdoba was a Roman settlement from around 152 BCE. As the capital of the Baetica province, which occupied most of modern-day Andalusia, it became a large and prosperous city. Two key structures remain from this period of its history: ten columns of its largest Temple, dating from the 1st century CE and discovered by construction workers in the 1950s; and the Roman Bridge, originally built in the 1st century BCE and substantially renovated by the Moors in the 10th century CE. Roman poet and philosopher Seneca is said to have been born in Córdoba in 4 BCE. 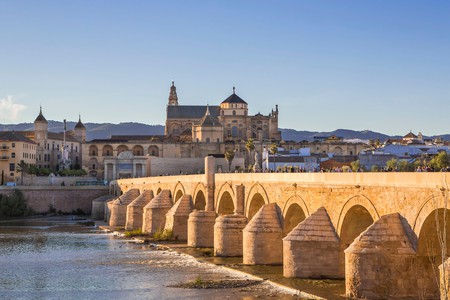 From the sixth century CE, the city was under Visigothic dominion, until it was occupied by the Moors in 711 CE. Córdoba became the capital of Islamic Spain in 756, when exiled Syrian prince Abd Al-Rahman I declared himself ruler of the country’s Muslims. In 784, Rahman I founded the Mezquita on the site of a Visigothic church, but the now-iconic structure wasn’t completed until around 976, after numerous additions by successive rulers. Its most famous feature is the 856 double arches that support the prayer room’s ceiling, modelled on those in Jerusalem’s Dome of the Rock.

By the time that Abdir Al-Rahman III became ruler of Moorish Spain in 929 CE, thus confirming Al-Andaluz’s independence from the Muslim powers of Baghdad, Córdoba was Europe’s largest and most advanced city. Its leading intellectuals were carrying out pioneering work in philosophy, medicine and astronomy and the Alcazar (fortress) contained the most extensive library in the west. Christians, Jews and Muslims lived and worked side-by-side, most of the time without clashing.

Córdoba’s glory began to fade after 976, when the violent and reactionary chancellor Al-Mansur effectively took control of Al-Andaluz. Civil war and uprisings further hastened the city’s decline after Al-Mansur’s death in 1002; nevertheless, two important philosophers emerged from this troubled epoch, the Muslim Averroes (1126-98) and the Jewish Maimonides (1138-1204). 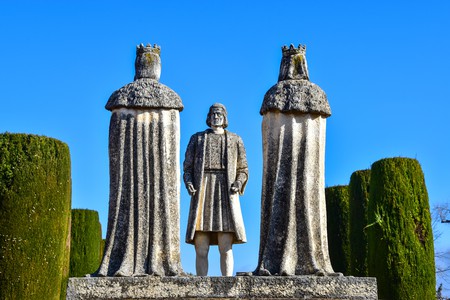 After a lengthy siege, Córdoba was taken from the Moors by King Ferdinand III in 1236 and incorporated into Christian Spain. Ferdinand immediately consecrated the mosque as a Catholic church, although luckily he didn’t destroy the original building. Various additions to the Mezquita were made by Spain’s Christian rulers throughout the centuries, culminating in the construction of a Gothic cathedral on top of the prayer hall in the mid-16th century, on the orders of Holy Roman Emperor and King of Spain Charles V. Despite having commissioned such a profound alteration, Charles is said to have been unimpressed with the resulting structure. In 1328, on the orders of King Alfonso XI, construction of the grand Alcázar de los Reyes Cristianos (The Church of the Catholic Kings) commenced, on the site of the original Moorish fortress.

During the centuries that followed, Córdoba’s prestige and size declined dramatically: in the 1700s, the city’s population was just 20,000, a fraction of what it had been under Moorish rule seven hundred years earlier. Economic resurgence only began in the late nineteenth century, as the first stages of industrial revolution swept across Europe.