The History Of Casa Lleó Morera In 1 Minute 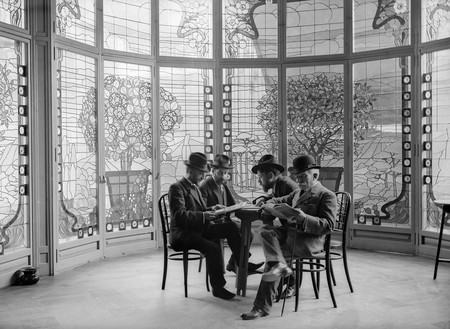 Casa Lleó Morera is a modernist building on Barcelona’s Passeig de Gracia street, designed by the famous Catalan modernisme architect Lluís Domènech i Montaner. The work was ordered by Francesca Morera, who wanted to remodel the existing building on the site, Casa Rocamora. The construction started in 1902. However, sadly Francesca Morera never saw the reconstructed result as she passed away in 1904 and the building was left to and named after her son, Albert Lleó i Morera.

Casa Lleó Morera is one of the houses belonging to the notable Illa de la Discòrdia – or ‘Block of Discord’ — that hosts buildings of four important Catalan modernista architects close to each other; Antoní Gaudí, Josep Puig i Cadafalch, Enric Sagnier and Lluís Domènech i Montaner. The modernist houses in question, in respective order are Casa Batlló, Casa Amatller, Casa Mulleras and finally, Casa Lleó Morera. It is the only building on the Block of Discord that has been awarded the Barcelona town council’s Arts Building Annual Award in 1906, which was also the year the reconstruction was finalised. 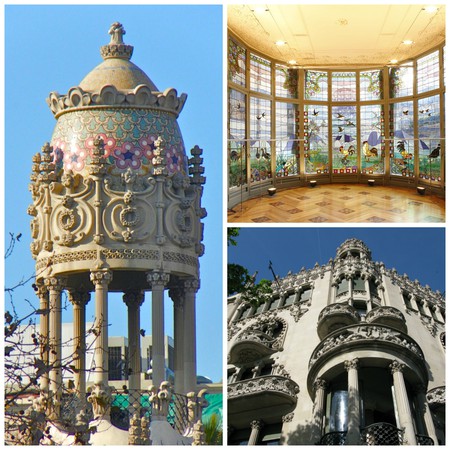 Although Lluís Domènech i Montaner was the main architect and designer throughout the construction, there were many artists, designers and sculptors who collaborated with him and lent their own touch to Casa Lleó Morera. This was a common practice and an identifiable factor when talking about Catalan modernism architecture. In the past, the building has been considered to be one of the most important examples of modernism architecture, but as it has gone through several periods of modifications and reconstruction, some of the original details, such as modernist windows, have vanished or have been destroyed. An important detail of the building, Casa Lleó Morera’s tempietto, which stands on the top of the building, was severely damaged during the Spanish civil war and was refurbished in the mid 1980s, together with the ground floor of the building. In 2007, Casa Lleó Morera was added to the Art Nouveau European Route and today it can be visited by participating in a guided tour.