The History Of Casa Batlló In 1 Minute

Casa Batlló, standing on commercially significant street Passeig de Graçia in Barcelona, was originally built in 1877 by Antoni Gaudí. The building was bought by the wealthy Batlló family, who considered the location of the building more important than the unconventional and perhaps impractical design of the house. The original design didn’t display any special characteristics of Casa Batlló, yet in 1904 Josep Batlló asked Gaudí to redesign the building – he wanted to have a unique house that no other member of the Batlló family would be able to imitate. At first Mr. Batlló wanted the whole house to be demolished and rebuilt, but Antoni Gaudí managed to convince him this was not necessary and explained that refurbishment would be adequate. Casa Batlló and Gaudí’s work was completed in 1906.

The design is following Catalan modernistic style, a well-recognizable feature of Antoni Gaudí, and it has many organic and skeletal qualities – Casa Batlló also carries the name Casa dels Ossos (House of Bones) amongst the locals. Both the façade and the interior of the building are spectacular examples of Gaudí’s architectural vision creating organic, non-linear lines and harmoniously integrated sections displayed both in the interior and exterior of Casa Batlló.

The house was kept in the family of Batlló up until 1954, when an insurance company Seguros Iberia bought it for a well-located use of office space. Several refurbishments, including renovating the balconies at the façade and the interior rooms of the building, took place in the 70s and 80s. When new owners acquired the house in 1993, renovations continued up until 1995 when Casa Batlló started hosting several important events for the city.

Find out more about Casa Batlló and experience the unique beauty of this historical modernist building by Gaudí in the heart of Barcelona. 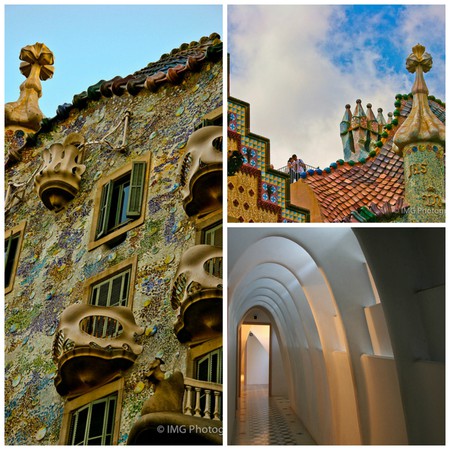