The History Of Casa Amatller In 1 Minute 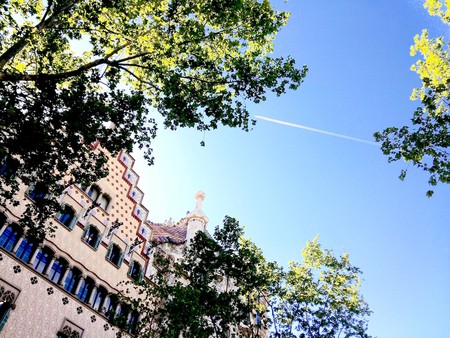 Casa Amatller, standing next to Antoni Gaudí’s Casa Batlló on Passeig de Gracia in Barcelona, is an important Modernisme style building designed by the Catalan Spanish modernista architect Josep Puig i Cadafalch. In 1898, the house was purchased by chocolatier Antoni Amatller Costa who then ordered the architect to redesign the building that was originally constructed by another architect, Antoni Robert, back in 1875. Casa Amatller is part of the ‘Block of Discord’ – prominent modernista houses located close to each other on the same block – including Gaudí’s Casa Batlló and Lluís Domènech i Montaner’s Casa Lleó-Morera.

Josep Puig i Cadafalch designed the building during his modernista period but also incorporated Germanic and neo-Gothic stylistic details to the design of the house: the façade of Casa Amatller is flat and the basic layout follows the design of an urban-Gothic palace with its façade, the central patio and the staircase providing access to the rooms of the building. 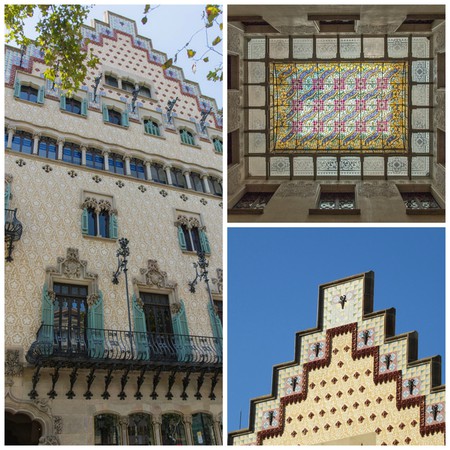 The construction work of Casa Amatller was finalised in 1900. Similar to other modernista buildings, the main architect and designer Puig i Cadafalch worked jointly with some of the city’s talented craftsmen and sculptors in order to master all the details of the building. Casa Amatller was declared a historic-artistic monument in 1976. Nowadays, only the ground floor is accessible to the visitors – it houses the caretaker’s office which has survived intact and where one of the finest stained-glass windows of the modernista era is located. To find out more about the guided visits and visiting hours, visit Foundation Amatller’s homepage (only in Catalan).