The Greatest Pop Songs That Will Help You Learn Catalan 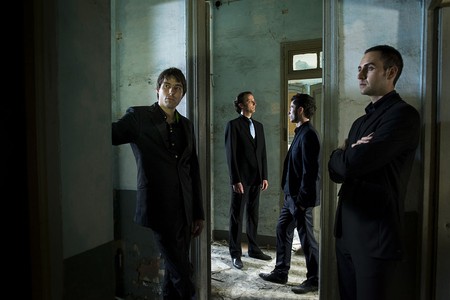 Trying to learn a spot of Catalan to blend in with the locals next time you’re in Barcelona? These catchy pop songs are the perfect sing-alongs to help you brush up on your language skills, from covers of English pop-classics to original songs by some of the most talented Catalan musicians of the day.

This song by up-and-coming Catalan band Teràpia de Shock was made famous by featuring on the TV series Pulseras Rojas. The title simply means ‘without you’ and as you might guess, the song is about being nothing without your partner.

One of the most famous Catalan pop artists of our time, Manel is known for his upbeat pop-rock which he plays with his guitar. This song however is a cover of Pulp’s ‘Common People’ – sung entirely in Catalan.

If you’re a fan of catchy pop tunes, then Barcelona-based Amelie’s ‘Deixa’m volar’ – ‘let me fly’ – is sure to stick. The band released their first album in 2009 after winning a local competition to support the American band All Time Low but disbanded in 2014 after a few years of success.

Drawing on influences such as reggae, dubstep, Latin music, pop and rock, Txarango is a Barcelona band formed in 2010 with three studio albums under their belt today. ‘Músic de Carrer’ is an homage to ‘street music’ and includes some great footage of the Catalan capital.

The message is simple in this song by Catalan pop-rock band Mishima entitled ‘you will tremble again’: life goes on, you’ll smile again and you’ll cry again but life will go on.

The band Blaumut is without a doubt one of the most famous Catalan bands of today – they blend pop, rock and folk music. This song entitled ‘bread with oil and salt’ is from their debut album ‘El Turista’.

Calling all Rihanna fans: this Catalan cover of the song ‘Work’ by 20-year-old Bad Gyal is just as catchy as the original and will give you the chance to practice some pretty crazy Catalan slang as you sing along.

Formed in 1985, Els Pets are an old-school pop-rock band hailing from the small village of Constantí in the province of Tarragona. The band released this song entitled ‘I am 17’ – an ode to being young and carefree – in 1989 on their eponymous first album which was inspired by British rock bands.

Famous for their short-story songs, Els Amics de les Arts – Friends of the Arts – are one of the most celebrated new-wave folk-pop Catalan bands. This song entitled ‘The Things’ speaks of how things happen in their own way and at their own pace sometimes.

Hailing from the Balearic island of Majorca, Antònia Font sang in the local dialect of Catalan – distinct to that of Barcelona or Valencia. While the band officially retired in 2016, they are still remembered for their quirky lyrics and fondness for themes such as space exploration and other worlds.

Active since 1993, Gossos were an acoustic-only band until 2002 when their new drummer Santi Serratosa began electrifying their sound. The 2007 album Oxigen included the track ‘Corren’ which is the band’s most well-known song to date and features the singer Dani Carbonell from the band Macaco.