The Coolest Outdoor Swimming Pools You Can Only Find in Spain

Pool time | Pixabay
Come the warmer months there’s nothing quite like visiting an outdoor swimming pool to cool down under the Spanish sun. Ranging from the cheap-and-cheerful municipal pool to top-of-the-range aquatic parks, these are some of the coolest places to splash around in Spain.

Swimming Pool, Sports Center
If you like the idea of a swimming pool with a view then the Montjuïc Municipal swimming pool in Barcelona is definitely worth checking out. Constructed for the 1992 Barcelona Olympic Games, the pool was used for the diving competition although the part which is open to the public today is the lap pool used by athletes to warm up. Located on the side of Montjuïc hill by the neighbourhood of Poble Sec the pool is open during the summer months, offering one of the best panoramic views of the city – and at only €6 per person to get in, it’s an absolute bargain.
Looks like it's closed Hours or services may be impacted due to Covid-19
More Info
Open In Google Maps
31 Avinguda Miramar, Barcelona, Catalunya, 8038, Spain
+34934234041
View menu
Visit website
Visit Facebook page
Send an Email
Give us feedback

Famous for being one of the hottest cities in Europe – regularly reaching 40ºC during the summer months – Seville can be a real scorcher if you don’t know where to cool down. If you’re a fan of big slides and splashing around then head to the Aquopolis for a fun-filled day in the water. There are rides for every age group, from easygoing slides for the little ones to fast and furious rides that will have even the grown-ups screaming. 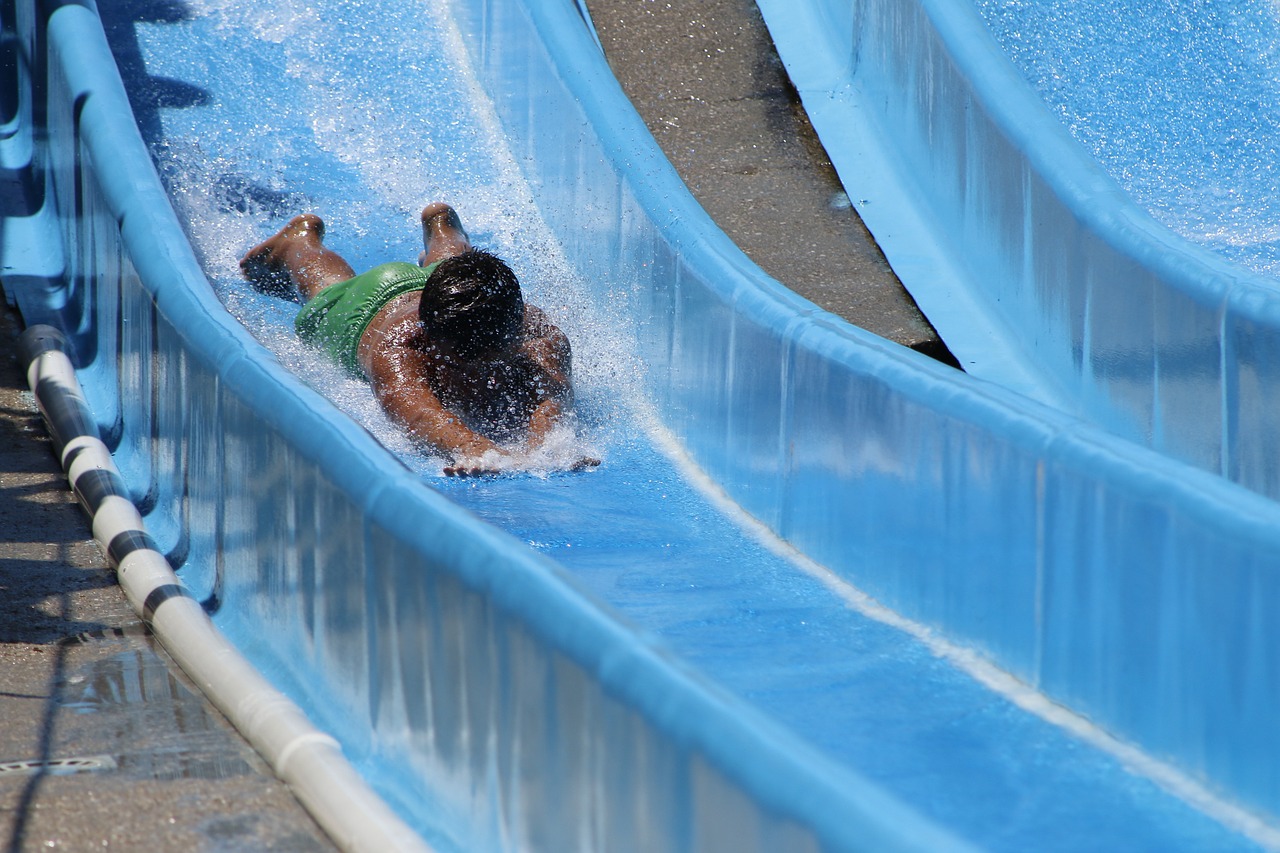 Park
Located in the Spanish capital of Madrid, the Parque Deportivo Puerta del Hierro is a vast outdoor sports and leisure park covering some 300,000 square metres of land. It’s perhaps no surprise then that the outdoor pool there is one of the largest in Europe, some 130 metres in length. The pool is open year-round with canoes and kayaks making use of it in the cooler months, while in the summer it becomes one of the best places in Madrid to cool down when the mercury is rising.
Looks like it's closed Hours or services may be impacted due to Covid-19
More Info
Open In Google Maps
Km 7 Carretera de La Coruña, Madrid, Comunidad de Madrid, 28040, Spain
+34913768680
View menu
Visit website
Visit Facebook page
Send an Email
Give us feedback

Combining the best of both worlds, the Zona Banys del Forùm is an outdoor pool built in to the sea-front in Barcelona. Enjoy the benefits of salt water and the maritime breeze but with all the convenience and safety of an access ladder, swimming lanes and shelter from the waves. The council have also created clearly marked swimming lanes out in the open water for those who feel even more adventurous. 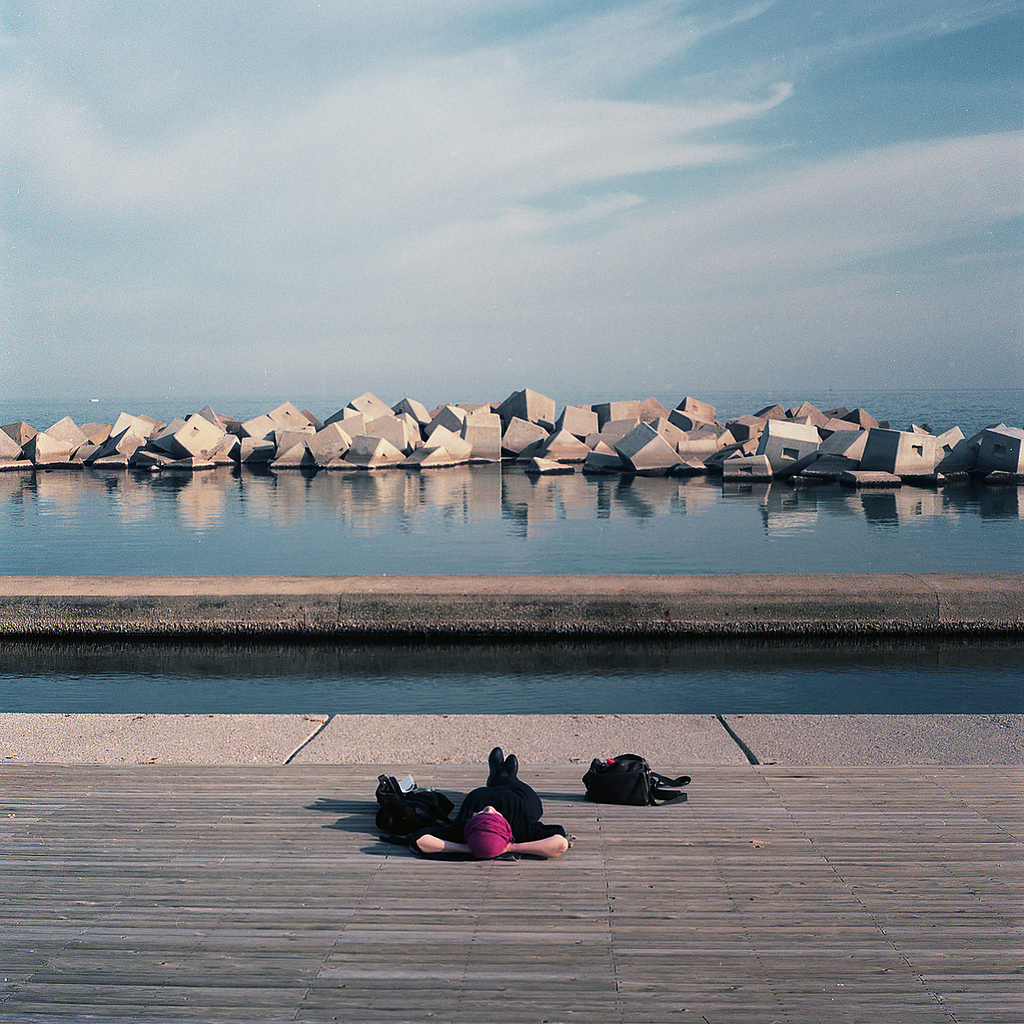 Aquarium, Park, Amusement Park
The Siam Park is often considered to be the one of the best water parks in the world. Located on the island of Tenerife in the Canary Islands, the park cost an estimated €52 million to build and was opened to the public in 2008. In addition to its many impressive rides – including large multi-person slides – it also holds the record for the world’s largest man-made wave, reaching some 3.3 metres in height. And for those who are concerned with their carbon footprint you’ll be glad to know that this is the world’s first green water park, choosing to only heat the water to a cool 25ºC.
Looks like it's closed Hours or services may be impacted due to Covid-19
More Info
Open In Google Maps
s/n Avenida Siam, Costa Adeje, Canarias, 38660, Spain
+34822070000
View menu
Visit website
Visit Facebook page
Send an Email
Give us feedback
Give us feedback