The Coolest Neighbourhoods in Ibiza 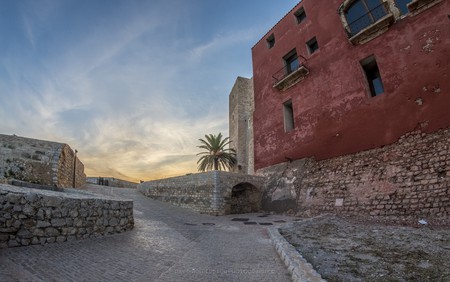 From the hippies and bohemians of the 60s and 70s, to 90s ravers, and millennial raw-vegan, yoga-lovers, Ibiza has seen and embraced it all. These days the island has something for everyone, with different places appealing to different types of people. For a run-down of the coolest neighbourhoods to visit, read on.

Ibiza Town (known locally as Eivissa) is the capital city of Ibiza and a picturesque port overlooking the Mediterranean. Known for its nightlife, the town is buzzing after dark, with plenty of excellent bars and restaurants, as well as the world-famous Pacha nightclub. During the day the shopping is pretty good, from high-street stores to independent boutiques, as well as endless cafes and gift shops to frequent, but the real must-see is the stunning old town, known as Dalt Vila (literally translates as upper town). Best explored on foot, the fortified old town is on a hill, accessed via an old drawbridge, and is full of narrow, cobbled streets, with fabulous views from the ancient ramparts. The hidden courtyards, museums, galleries, and the magnificent cathedral, make for a wonderful day, but the old town is also very beautiful at night, when you can enjoy candle-lit dinners on the cobbles ⏤ La Dispensa, is a quirky but excellent, mainly Italian restaurant in the perfect spot for watching the world go by.

Santa Gertrudis lies right in the heart of the island, surrounded by fruit trees, and is a nice blend of traditional with more modern and multi-cultural aspects. The village itself is very pretty, with a strong sense of community, and most socialising takes place in the main square, overlooked by the church. It was here that hippies, artists, and musicians gathered in the 1960s, many of whom still live in the area, now showcasing their art in the many cafes, boutiques, and galleries. Santa Gertrudis has a large international community, and there is a wide range of places to eat, from local tapas in Bar Costa, to the more contemporary, social hub of Musset Cafe, and healthy eater’s paradise, Wild Beets.

Place of the day: In the heart of Ibiza, it is located the charming village of Santa Gertrudis. Full of restaurants, shops and cool locals 😊❤️

Santa Eulalia is a quiet resort town, with a tree-lined promenade running the length of the beach, and the 16th century Puig de Missa church looking over the town from the hill above. It’s the third largest resort on the island, so has a lot to offer, but remains a very laid-back place, and unlike many places in Ibiza, there is a strong year-round community here, so it doesn’t die-a-death in the winter months. Known for its buzzing restaurant scene, you won’t be lacking in places to eat, with tapas bars like Royalty providing a slice of local history, Cafe Sidney offering views over the chi-chi marina area, as well as a couple of beach clubs in the area.

A famous hippy enclave in the 60s and 70s, San Carlos is small, picturesque village in the north of the island. These days, the place is a little more chi-chi, but still with a definite bohemian feel to it, and the renowned Las Dalias hippy market is not far away. There are a handful of restaurants around the white-washed church and its manicured lawns, but the go to place is Bar Anita. This popular bar and restaurant, was the hippy hangout back in the day, as it was the only place with a phone, and was also where people came to collect their mail. The original phone booth remains, and the wooden mail boxes are still used by people living in properties too remote for regular postal services. There’s a nice shady courtyard, and an eclectic selection of art on the walls, which is said to have been donated over the years by local artists unable to pay their bills.

Sant Jordi is a fairly traditional village, close to the resort of Playa D’en Bossa, and home to one of the oldest and most impressive churches on the island. There are numerous restaurants and bars around the square, but the main reason people visit the area is for the Sant Jordi Flea Markets, which take place in the Hippodrome, a former horse-racing enclosure. Another popular event is the Festival of Sant Jordi in springtime with activities, processions and a funfair.

This part-sand, part-shingle, beach with incredibly clear waters is the place to go on a Sunday afternoon. On August 18, 1981, a day now known on the island as the Day of the Drums, hundreds of people gathered on the beach at sunset in protest against the Gulf War. The event was so popular that it became a huge annual event, with hippies and anti-war protesters travelling from all over the world to attend. Sadly the event got too big, and it was banned in 2002, but since then, a group of hippy drummers gather every Sunday at Cala Benirrás, to play their bongos together as the sun sets behind the strange rock formation in the sea just off the beach. As a result, Sundays are very busy, so its best to get there early if you hope to find parking in time to witness this spectacular weekly ritual.

Sant Agustí, or San Augustin, is a tiny hillside village in the south-west of the island and consists of little more than a few streets around a majestic white-washed church. Although very small, this village is extremely pretty and well worth visiting for a slice of authentic Ibiza. The few houses in the village are old fincas (farmhouses) and their pleasingly rustic architecture has been well maintained, while the traditional church is the only one on the island to face west, making for some fantastic pictures as the sun sets on the white facade. There are only a couple of eateries in the village, but Can Berri Vell, in a 17th century house next to the church, is excellent (if a little pricey).