The Coolest Neighbourhoods in Granada 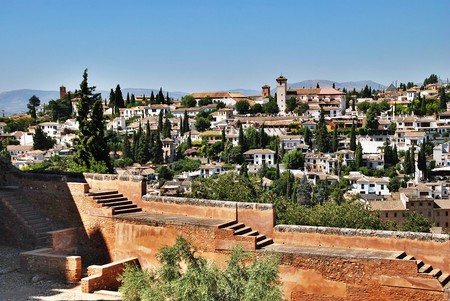 Granada is home to some of the prettiest, most charming neighbourhoods in Andalusia. From the other-worldly Gypsy barrio of Sacromonte, where locals still live in caves carved into the rock, to the historic attractions of the city centre, Granada rewards curious travellers, especially those prepared to venture off the tourist track and into the residential quarters.

The small historical centre of Granada clusters around Plaza Nueva, Calle Reyes Catolicos and the giant cathedral, in the shadows of which a network of elegant streets and charming squares extends to the south. These include Granada’s smartest shopping area, its best food market (Mercado San Augustín), the Alcaiceria market (on the site of Granada’s former Moorish bazaar) and a profusion of tapas bars, restaurants and cafes. On the other side of Gran Via from the cathedral, Plaza Nueva is a bright, busy square favoured by street performers, from which you can gaze up at the towers of the mighty Alhambra. From here, it’s just a ten-minute walk down Granada’s prettiest street, the Carrera del Darro, to the city’s old Arabic quarter. 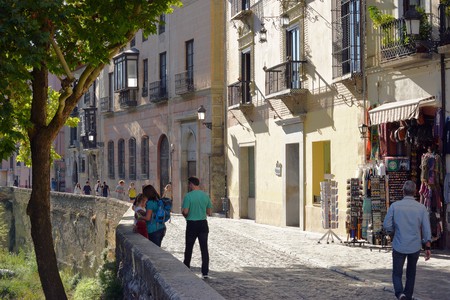 As well as being the city’s former Arabic barrio, scruffy, beautiful Albaicín is also Granada’s bohemian and artistic centre. This squashed-together network of winding cobbled streets, whitewashed houses and jasmine-scented squares perches on the hillside the other side of the Darro river from the Alhambra. It requires a little exertion to reach the top of Albaicín, especially in spring or summer, but it will be energy well expended: the views of the Alhambra and the Sierra Nevada mountains from its most popular square, the Mirador San Nicolás, are some of the best in the city. To really acquaint yourself with this iconic barrio, throw away your map and get lost. Navigating by other means, such as the strains of flamenco guitar and singing coming from windows left ajar, is far more enjoyable. 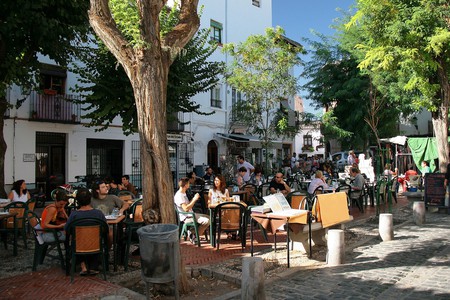 The other-worldly Gypsy neighbourhood of Sacromonte is so high up on the hillside you can actually look down on Albaicín from its streets. Time has stood still in this rustic barrio: many locals still live in dappled white caves carved out of the rock, in which impromptu flamenco gatherings are held long into the night. There are also dwellings entirely improvised from scrap metal, wood and cloth, in which a rusty bucket protected from view by a ragged old rug passes for a bathroom. This is Granada’s flamenco barrio, where you are always within earshot of the art’s distinctive, haunting sounds. So removed does it feel from the commercial city centre below that locals speak of popping down the hill as ‘going into Granada’, as if it were another place entirely. After a few hours here, you’ll see why. 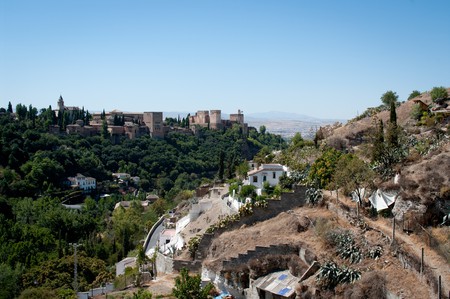 Sacromonte, Granada, with the Alhambra in the background | SnippyHolloW/Flickr

Discovering the old Jewish quarter of Granada is a wonderful way to spend an afternoon in the city. It’s a slightly more navigable and less hilly version of Albaicín. Particularly attractive is the Iglesia Santo Domingo – one of the more obscure churches in the city, yet one of the most beautiful, inside and out. The most dilapidated walls and building facades of Realejo also constitute a de facto art gallery, displaying the works of local spray-paint artist Raul Ruiz, also known as ‘El Niño’. Niño’s incredible pictures not only lend Realejo an edgy, creative ambience all of its own; they give you the wonderful feeling that you’ve discovered something no one else has. 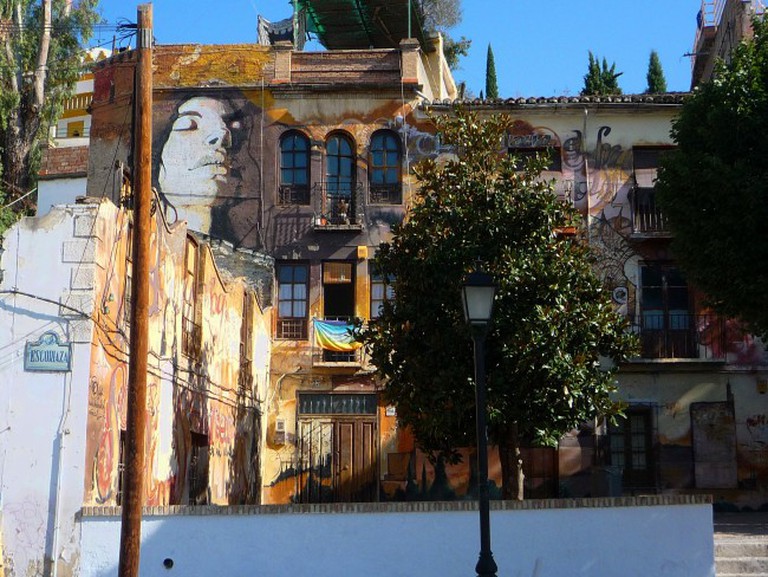 La Cruz is the residential quarter that extends to the west of Granada’s imposing bullring. It’s well off the tourist track (although only a 5-minute bus ride or a 15-minute walk from the cathedral) but is well worth a visit just for its tapas bars. This is a working area of Granada, largely comprised of 1970s and 1980s apartment blocks, so the aesthetics will take some adjusting to if you’re coming straight from the city centre; but head into virtually any of the area’s no-frills bars and you’ll be absolutely spoiled with huge portions of delicious, typical tapas. The clientele in the bars of La Cruz is almost entirely Granadino, with the occasional foreign student thrown in, so you can enjoy the authentic atmosphere as well as the low prices. Granada’s enormous Plaza de Toros, dating from 1928, is the area’s key attraction and is well worth a visit. 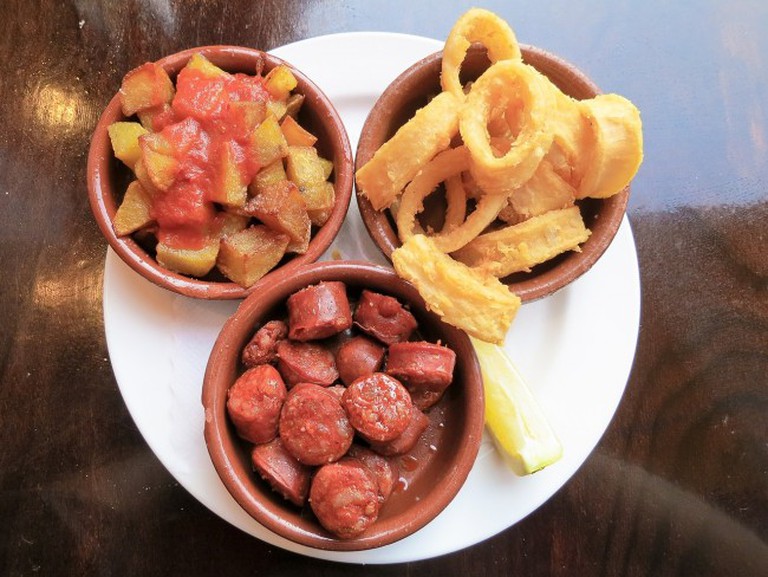 Jump on the SN4 bus right outside Granada’s cathedral, and in 10 minutes you’re in one of the city’s most lively residential neighbourhoods. This is a barrio where locals stop for voluble catch-ups on the street in the morning, on the way back from buying the day’s fresh bread, and where you won’t see a single menu in English. Like La Cruz, La Chana is home to a great selection of tapas bars that might not look much from the outside but which serve huge portions of typical Andalusian fare at very low prices. The streets around the Sagrada Familia are particularly full of life, as are those that head south off the Carretera de Malaga, near the Lidl store, where many of the best tapas places are found.