The Coolest Caves to Visit in Mallorca

Cuevas de Artá | © Cristian Bortes / Flickr
While there are over 200 cave systems scattered around the island of Mallorca, only a handful of these can actually be explored with an official guide. Join us as we venture deep underground with our (not so official) guide to the best of these astonishing, fascinating, and sometimes just plain eerie subterranean worlds.

One of the most impressive caves on the island, the Cuevas del Drach are not to be missed. Spectacular stalactite formations and intricate canopies drip dramatically from the vaulted ceilings, while the guided tour descends 25 metres (82 feet) below the surface through four enormous interconnected chambers. The experience culminates with an atmospheric classical concert on the beautifully illuminated subterranean lake. Discovered in the late 19th century, Lake Martel is considered to be the largest underground body of water in Europe, and the opportunity to float across it on a little wooden rowboat is certainly a highlight of the hour-long trip. 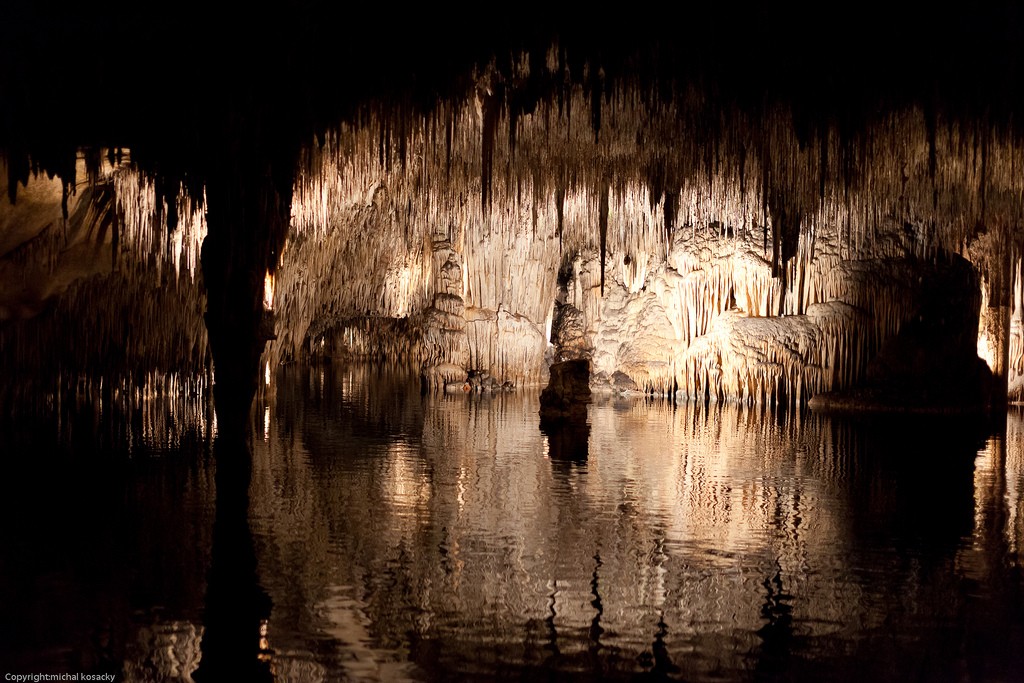 Natural Feature
Cuevas de Arta, Mallorca | Cuevas de Arta, Mallorca
Situated on the crest of a cliff overlooking the bay of Canyamel, the Cuevas de Artá feature one of the more spectacular settings. Inside is certainly no less breathtaking, with the Entrance Room cavern equaling in size to the nave of Palma’s La Seu Cathedral. Also, the 22-metre-tall (72.2 feet) stalagmite in the Queen’s Room is all the more impressive when considering that such formations grow at a rate less than half a millimetre per year. Guests are also encouraged to strike one of the many resonator columns or ‘cloches’ to experience their incredible vibrations and bell-like sounds, and with stories of pirates and smugglers who once frequented the grottoes, children will also be entertained.
More Info
Open In Google Maps
Carretera de las Cuevas, Canyamel, Spain
+34971841293
View menu
Visit website
Visit Facebook page
Send an Email
Give us feedback

Tucked away in the Tramuntana Mountains, with the spectacular panoramic views of the surrounding valleys, the rural setting of these caves is also hard to beat. Despite being one of the smaller cave systems on the island, Coves de Campanet house the longest and thinnest stalactites in Europe, and due to the richness in their calcareous deposits, the white wax-like rock formations here seem particularly eerie. It’s no wonder that the visions have played muse to artists and poets alike. They are a particular favourite for scientists too, with the discovery of many fossils and a specifically local species of blind beetles buried amongst the rocks.

If you don’t want to venture too far from the capital Palma, set just on the outskirts of the Mallorcan capital, the Coves de Genova make for the ideal gentle excursion. No less beautiful than the others, the caves feature majestic, perfectly formed columns 36 metres (118 feet) below ground. Tour groups are generally much smaller here, making for a more personal experience and essentially allowing for a hike at your own pace. Be sure to combine your 30-minute trip with a meal at the popular on-site restaurant known locally for its Mallorcan fare, barbequed suckling meats and delicious fresh fish.