The Canary Islands’ Carnival: The Hottest Winter Trip In Europe 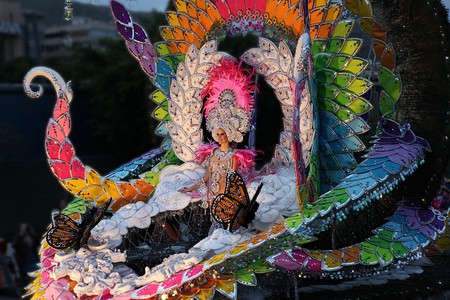 Located near the coast of East Africa, The Canary Islands are one of Spain’s most prized travel destinations, and have gained their popularity as a destination for those who are addicted to the sun every season of the year. For weeks, they celebrate one of the biggest and greatest carnivals in the world (the second after Rio de Janeiro’s). Although mainland Spain may be in the midst of winter, Canarian people don their favorite costumes and flock to the streets of the main cities, ready for unforgettable moments. All this without getting cold!

The carnival of the Canary Islands began at the end of the 15th century after Spaniards colonized the area. A current of people of all nationalities started coming to the singular islands, and a group of Italians started a small masked carnival in the city of Las Palmas de Gran Canaria. From then on, the festivities progressively grew in size until they reached their current splendor. This masked carnival tradition eventually spread from Gran Canaria to the other islands nearby. Santa Cruz de Tenerife became another location where this celebration grew to its fullest. Nowadays, these two cities provide the most popular group of activities during the carnival, to make for an unforgettable experience. 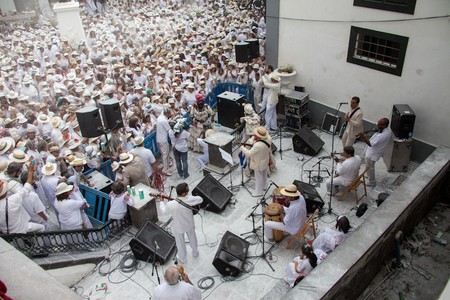 The most popular activities on the main islands range from comparsas (a band of musicians who sing about all kinds of subjects with great visual disguises), murgas (the comical version of comparsas), large processions of floats and disguises, as well as the biggest and most highly anticipated activity: the contest! There are other activities like Mataculebra (a traditional representation from Cuba about killing a snake, which symbolized the devil) in Puerto de la Cruz and Candelaria (both on Tenerife). On the island of El Hierro, they celebrate the Carnival of Rams, where a group of men disguised as rams try to make pranks and stain on-lookers’ faces with black dust. In contrast to the Carnival of Rams, on the island of Santa Cruz de la Palma they celebrate Los Indianos, with a huge battle of white talc. The only requirement to take part in Los Indianos is to wear white clothes from head to toe. Los Diabletes (the clumsy devils) of Teguise on the island of Lanzarote is the celebration where people get dressed up as devils. 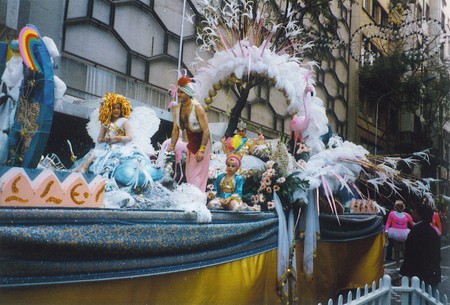 The celebrations commence each year around the end of January with the proclamation of the beginning of the carnival. Each city makes its own proclamation, and in some cities the carnival can even last until the end of March. The most popular activity after the proclamation is the contest. The Grand Carnival Queen Contest (Gala de Elección de la Reina del Carnaval) is where they decide who is the most beautiful and spectacular woman of the carnival. Each contestant wears an extremely large and highly impressive dress which can weigh up to 80 kilograms. This means that the contestants need to develop the muscles to carry and wear the dresses, in order to display their flamboyant dress-pieces on stage in front of the eager crowds. There has been many a tale of disaster as the Queens-in-waiting attempt to walk with their dresses measuring up to 5 meters in height, including the odd pyrotechnic calamity. Being crowned the Carnival Queen is definitely not an easily achieved task! 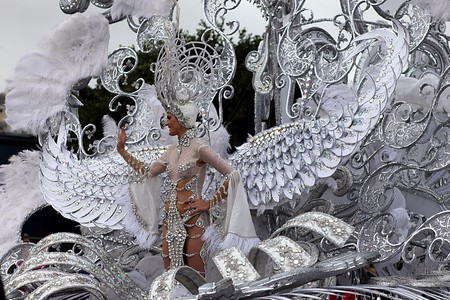 The Grand Carnival Queen Contest of Santa Cruz of Tenerife is serious business on the archipelago. This celebration has been recognized to have a particular draw for tourists by the Ministry of Industry, Tourism and Trade of Spain. It was also put forward to be recognized by UNESCO as a Heritage of Humanity. In addition, The Gran Carnival Queen has three categories: children, adults and elders. The Drag Queen Contest of Las Palmas de Gran Canaria is another highlight and must-see of the carnival. This contest began in 1998 on Gran Canaria with the goal of finding the best male artist or singer in full drag attire, including long hair, makeup, and platform shoes. There is total freedom of expression here, and the soul of the carnival reaches its fullest. Be prepared to witness contestants fight it out as they sing and dance in sky-high platform shoes! Being one of the largest LGTB-friendly communities in Europe, this is an extremely popular event among the local population of the Canary Islands. 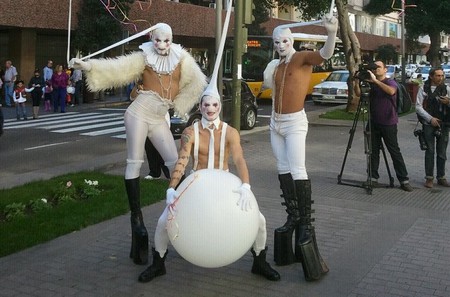 The streets of the Canary Islands fill with cheerful crowds dressed in all kinds of creative disguises on the day of the Carnival Procession. Each year, the theme of the carnival changes, and participants choose their costume accordingly. If the carnival is about the circus, you can choose your funniest clown costume. If the theme is about movies, you can bring to life your favorite movie character using the most imaginative choice of makeup and clothes. The Carnival Procession is a special moment for everybody, and you can expect to see people of all ages dancing to the rhythm of the music on the streets. Even at schools, teachers decide on different costumes for each classroom. Expect to see a classroom-full of little boys and girls dressed up as Peter Pan, Pinocchio, Tinkerbell or Snow White, parading alongside their parents and teachers! 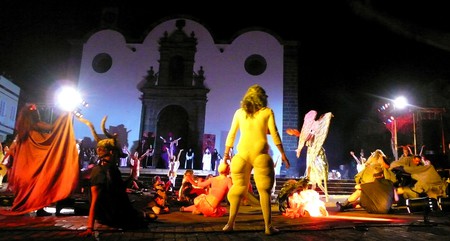 At the end of the festivity, the islanders celebrate The Burial of the Sardine. Everybody gathers in the streets wearing black clothes and masks, and they pretend to cry and get on the ground as they prepare for the real (but very funny) burial of the sardine doomed to burn. The sardine usually travels on a carnival float around the city in a procession with non-stop music. It’s a sad moment because it means that the carnival is ending, but the participants know how to make even this final moment a time for fun. 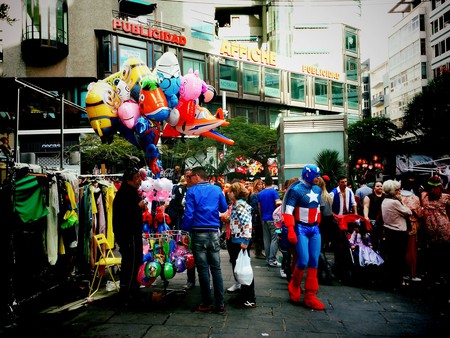 In conclusion, if you are spending your winter at home watching snowflakes fall but would prefer some fun in the sun, head to the Canary Islands and take part in one of the greatest carnivals in the world. Don’t miss your opportunity to spend the hottest winter you could ever imagine without even leaving Europe.