The Best Yoga Studios in Bilbao

Yoga is becoming more and more popular in the Basque city of Bilbao, with yoga studios popping up all over the place. You even have a choice of different types of yoga here, from Hatha and Ashtanga to Sanatana Dharma, not forgetting prenatal and baby yoga. Here’s our pick of some of the best yoga studios in the city.

Yoga Studio
108 Yoga Studio, Bilbao
108 Yoga Studio is located in the Indautxu neighbourhood of Bilbao. It’s a bright and clean space with white walls and lots of potted plants, giving it a very calming feel. The studio’s name is significant as 108 is considered sacred in yoga, Hinduism and Buddhism. 1 represents the individual, 0 the universe and 8 infinity. The studio teaches both Hatha and Vinyasa yoga classes, which cost €13 each, but your first class is free.
More Info
Open In Google Maps
Entr. 1 Izq, 22 Gregorio de la Revilla Zumarkalea, Bilbo, Euskadi, 48011, Spain
Visit website

Yoga Studio
Ashtanga Yoga Bilbao, País Vasco | Courtesy of Ashtanga Yoga Bilbao
The first official Ashtanga yoga studio in Bilbao and the Basque Country, Ashtanga Yoga Bilbao can be found along the Nervion River, near to the Bilbao train station. It was started by yoga teachers Fernando Gorostiza and Nines Blázquez, and is housed in a tranquil and natural-coloured studio. They teach the traditional Ashtanga Yoga methods taught by Sri Krishna Pattabhi Jois at his yoga school in Mysore, India. There are various payment options for classes, from €15 for a one-off class to €90 for a monthly rate of six classes a week.
More Info
Open In Google Maps
Bilbao, País Vasco, 48003, Spain
+34696123011
Visit website

Yoga Studio
Practice Sanatana Dharma yoga in Bilbao | ©StockSnap / Pixabay
Situated right in the heart of the Old Town, next to the Plaza Nueva, the Sanatana Dharma Yoga School was founded by Manuel Paz Macazaga (Madhava). Madhava is a disciple of Swami Vishnu Devananda and follower of the Guru-Kala tradition. He founded the first ashram in Europe and his yoga schools can be found all over Spain. The school in Bilbao offers both Hatha yoga and meditation classes, as well as talks and workshops. Enquire for prices.
More Info
Open In Google Maps
2 Labegerie Mitxel Kalea, Bilbo, Euskadi, 48005, Spain
+34652744408
Visit website

YogaBilbao can be found in between the Azkuna Zentroa cultural centre and the Bilbao train station. It’s a small and cosy space with red walls, polished wooden floors and a warming glow from Himalayan salt lamps. It is run by yoga teacher Ainhoa ​​Rangel who teaches classic yoga with a strong influence from Kashmir. As well as yoga classes, she also offers meditation and mindfulness workshops and pilates classes. Rates range from €50 per month for a weekly class (plus a €40 registration fee) to €230 per quarter for biweekly classes and no extra registration fee.

Central Yoga Bilbao, as the name suggests, is about as central as you can get in Bilbao, not far from Plaza Federico Moyúa. It was started by Manuel Morata who studied yoga training in France, Switzerland and India. His Hatha yoga classes focus both on the physical and mental sides of yoga, and have been influenced by many great yogis. Sessions are offered throughout the day on Tuesdays and Thursdays and once in the evenings on Mondays, Wednesdays and Fridays. Enquire for prices. 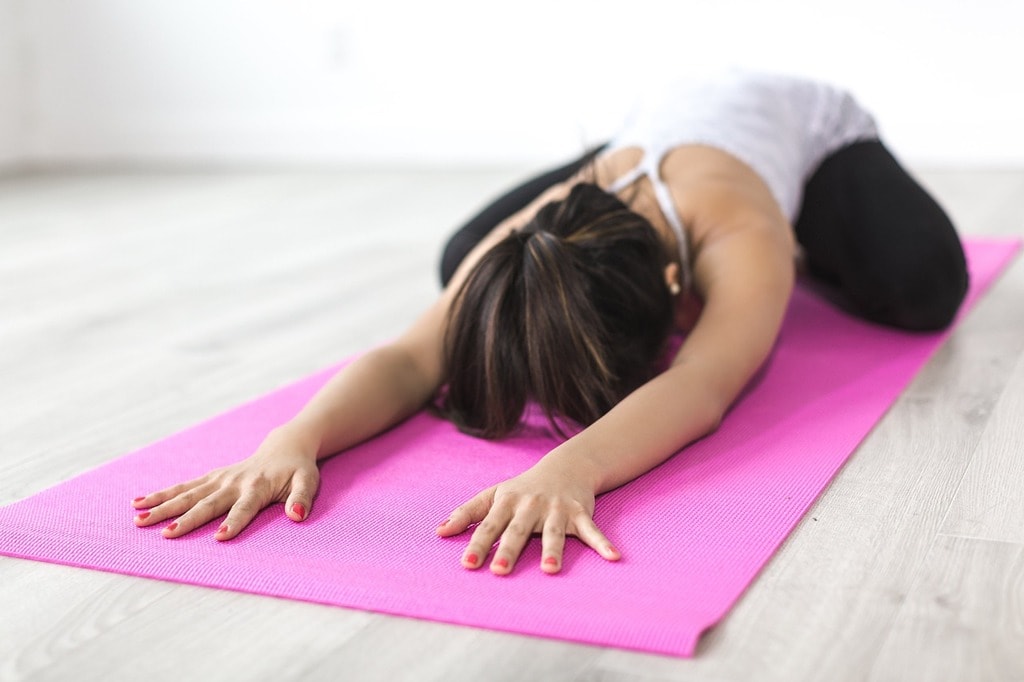 Centro MAYA Bilbao opened in 2015 and specialises in offering prenatal yoga classes for pregnant women. The space is warm and cosy with lots of soft lighting and colourful cushions. The centre also offers breastfeeding consultations, reflexology for expectant mothers, workshops on motherhood, and postpartum yoga classes with babies. There are also normal Hatha and Vinyasa yoga classes, as well as oriental and contemporary dance lessons.

Located in the Santutxu district, Centro de Yoga Inyegar follows the teachings of Indian yogi B. K. S. Iyengar (1918-2014). The method is based on Yoga Sutras of Patanjali and puts emphasis on the practice of asanas (yoga postures) and pranayama (yogic breathing). It’s all about precision, intensity and mental strength and aims to calm the nervous system, as well as improve flexibility, strength and balance. You can find Inyegar yoga centres all over the world. Prices of the classes are based on monthly attendance – €55 for a weekly class and €80 for a biweekly class. 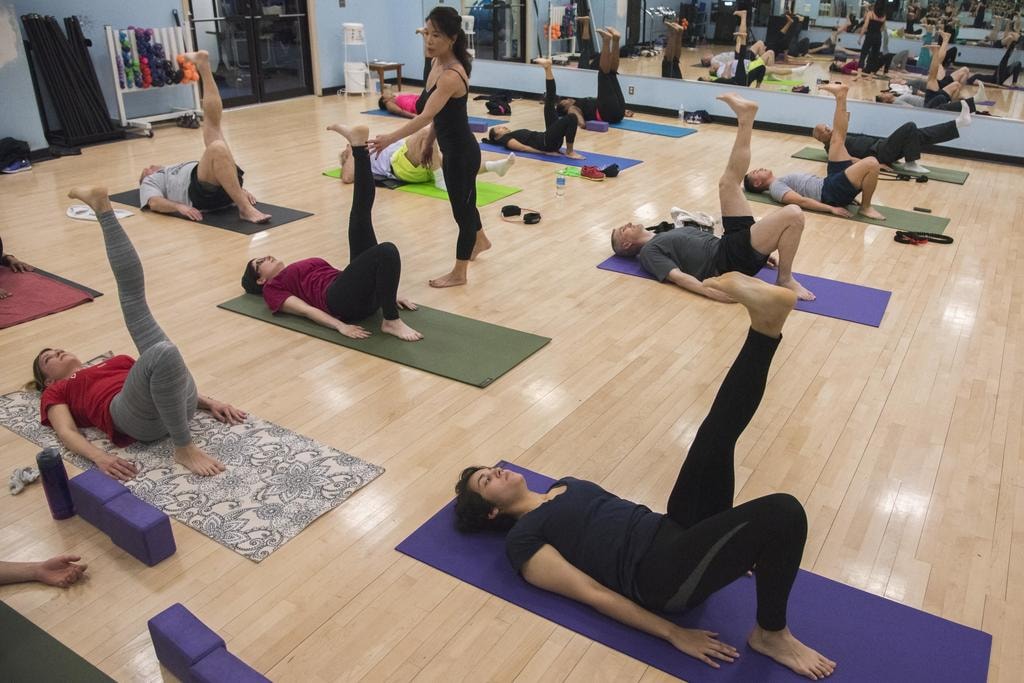