The Best Yoga Studios in Barcelona

Courtesy of The Garage
Whether you’re coming to yoga for the first time or you’re looking to take your practice to the next level, there are a number of outstanding yoga studios in Barcelona to help you achieve your goals. Ranging from the more traditional to the creative and modern, you can find a variety of different practices in the Catalan capital.

Located inside the Ateneu del Raval, the Yoga Lab is a recent project that brings together some of Barcelona’s best yoga teachers. There are regular classes organised throughout the week, and the range of classes on offer includes vinyasa synergy yoga, rocket yoga, ashtanga yoga and hatha vinyasa. There are eight fantastic teachers to work with, each with their own approach and experience, which makes it easy to pick and choose the classes that best suit you. The studio attracts a relatively young, cosmopolitan crowd and has a friendly, welcoming atmosphere, which really shows during the regular events it organises.

Possibly Barcelona’s most prestigious yoga studio, The Garage is the project of Spanish model and actress Véronica Blume. Located in Barcelona’s up-and-coming Poble Sec neighbourhood, the studio is unsurprisingly stylish – think raw stone and pastels. The classes on offer include ashtanga, vinyasa and yin yoga, but it regularly organises specialised short courses and events as well. The teachers are all highly experienced and are able to accommodate everyone from beginners to the more experienced. 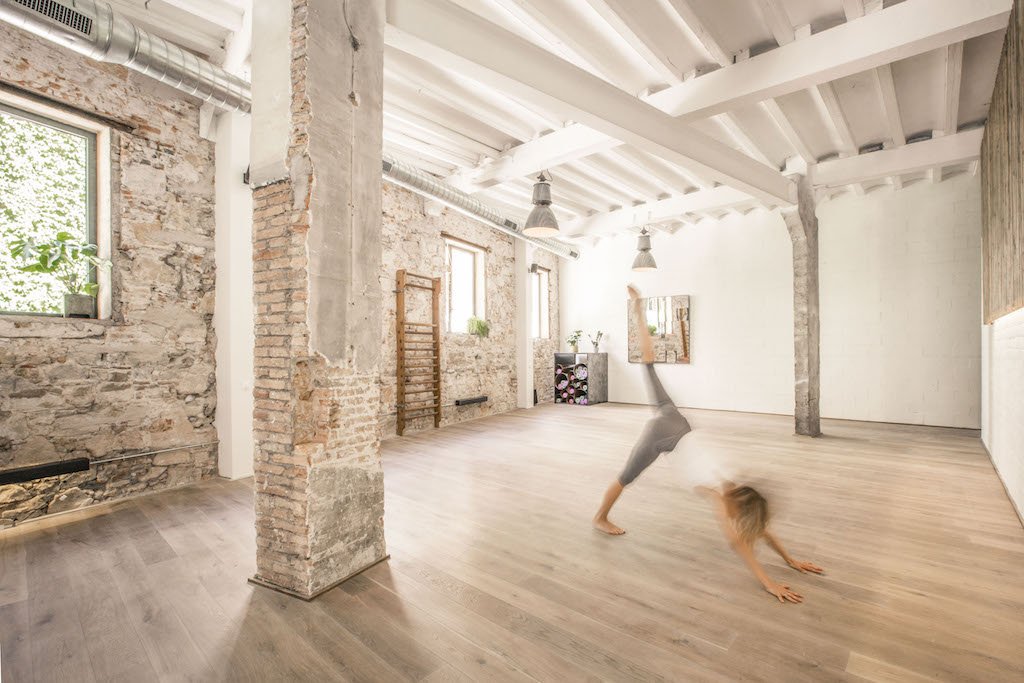 Located near the Sagrada Família, the Shunia Yoga studio specialises in the practice of kundalini yoga, a type of yoga inspired by the Tantra and Shaktism schools of Hinduism. There’s a strong focus on meditation and spiritual connectedness, combined with gentle movements from the hatha yoga tradition. The studio also offers shakti dance yoga, a unique practice that combines traditional yoga philosophy and movements with dance. This is a great place if you’re looking for somewhere to really work on a holistic approach to yoga.

It seems that Bikram is just one of those things you either love or hate. If you happen to fall into the first category, you’ll be pleased to know there are two specialised Bikram yoga studios in Barcelona where you can sweat out your yoga positions to your heart’s content. For those who aren’t familiar with Bikram, it’s a yoga practice that sees participants execute traditional yoga moves but in 40ºC heat, the idea being to assist with muscle relaxation, reduce muscle strain and aches, and to rid the body of toxins through excess sweating. 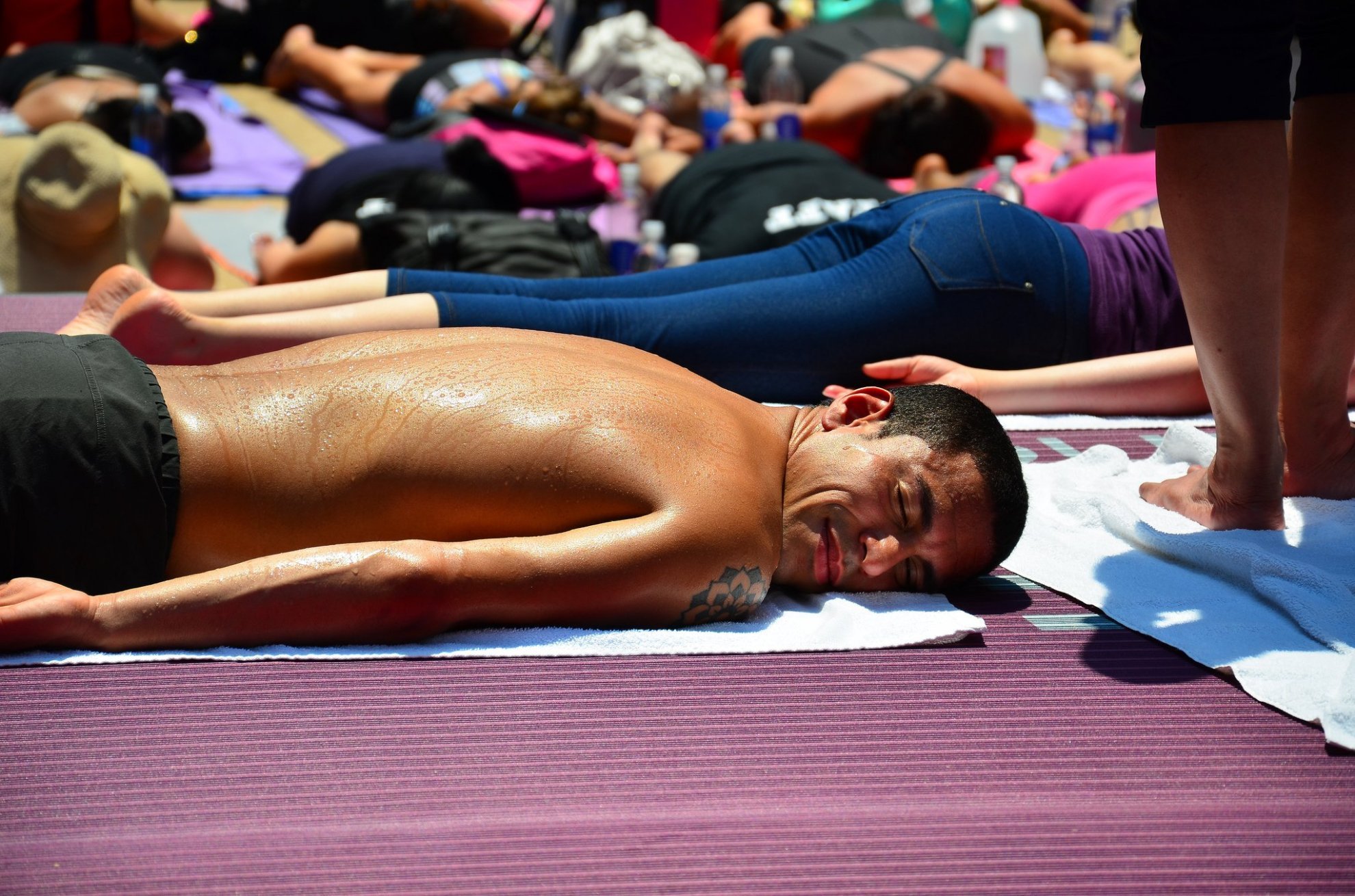 One of the city’s most well-established studios, Yoga Studio Barcelona offers a full schedule of yoga classes throughout the week, specialising in hatha yoga, as well as prenatal and postnatal yoga classes. There are also early morning sadhana practices for those who want to discover this spiritual meditation practice with a guide. The studio also regularly organises specialised courses and workshops, in everything from beginner’s yoga to kundalini practice. 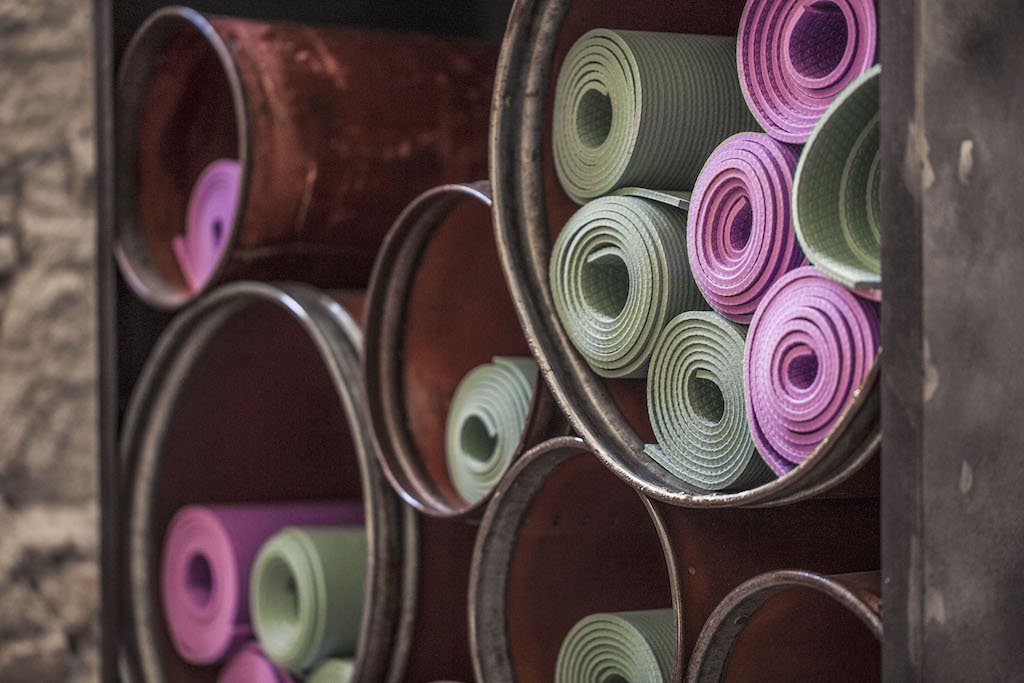 A familiar sight to any yoga enthusiast | Courtesy of The Garage