The Best Winter Destinations to Visit in Spain in 2017 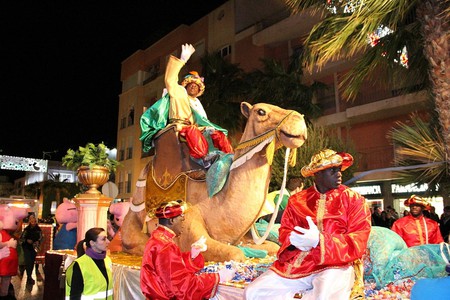 Spain is not just a great summer destination for the beach and lazing around in the heat sipping sangria, it also makes for a great winter break, with plenty of Christmas markets, winter traditions and even ski resorts. Here are our picks for the best winter destinations to visit in Spain in 2017.

The Andalusian city of Seville is usually associated with sun, flamenco and bullfighting, rather than cold and Christmas, but it can be a great destination to celebrate Navidad. One of the best reasons for this is its excellent Feria del Belén, a special type of Christmas market, dedicated to figurines and sets for the Spanish Beléns – elaborate nativity scenes. Seville has also recently been named Lonely Planet’s Best in Travel top city for 2018, so why not get ahead of the game and visit this winter to see what all the fuss is about? 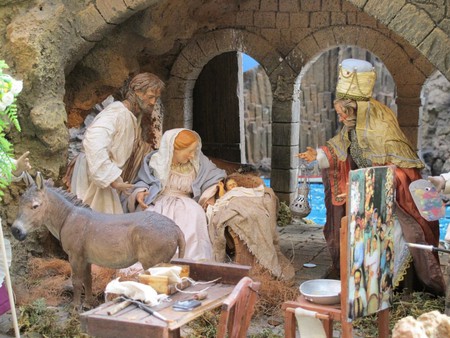 This small town in the Alicante province may not seem like a typical winter destination, but if you’re looking for great weather and plenty of culture, then this is a great option. Alcoy is home to the oldest Three King’s parade in Spain, which happens every year on the night of January 5, before Epiphany Day. During the parade, the Three Kings arrive with their huge flamboyant entourage and various floats to give presents and sweets to children.

Spain is not typically associated with snow, however if you truly want a white Christmas, then northern Spain could be a great destination. The city of Segovia is a particularly good choice, and there’s nothing better than seeing the Alcázar de Segovia castle covered in snow. A true fairy-tale palace, it (along with Germany’s Neuschwanstein) was Disney’s inspiration for Cinderella’s castle. 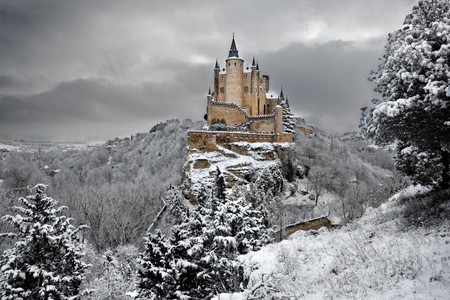 When it gets colder and darker, what you really need to cheer you up is some delicious food – and where has more of that than the foodie city of San Sebástian? San Sebástian has more Michelin-starred restaurants per square kilometre than any other city in the world, apart from Kyoto in Japan, and also has an array of world-class pintxos bars. Find out here why San Sebástian is the food capital of the planet. 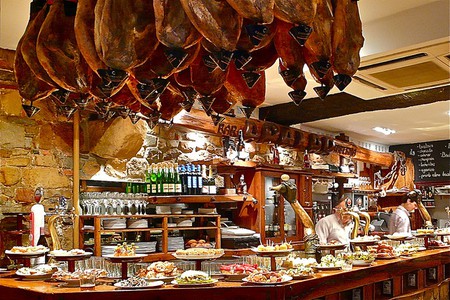 Madrid makes for a vibrant city break at any time of year, but particularly around winter, with all its twinkly lights and various Christmas markets. Another reason to visit Madrid this winter is that the Thyssen-Bornemisza Museum is celebrating its 25th anniversary with a host of exhibitions, including Picasso-Lautrec from October 17 to January 21. Be sure to visit Madrid’s grand Plaza Mayor while you’re there too, as the elegant square turned 400 years old this year, and there will be numerous free exhibitions and concerts to commemorate the event. 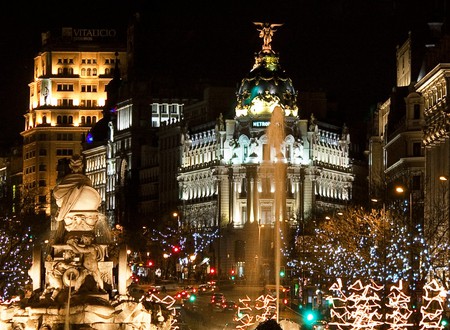 2017 has been an important year for Bilbao too, namely because the famous Guggenheim art museum celebrated its 20th anniversary. The opening of this celebrated contemporary art museum changed the face and fate of this city so much so that it’s not even recognisable to the one it was before. In addition to a number of special events and exhibitions to celebrate this anniversary, Bilbao is also a fun city to spend Christmas and New Year in. Check out our articles on how to spend Christmas and New Year’s in the city to get the most out of it. 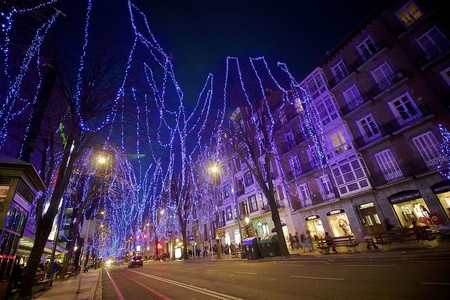 Christmas lights in Bilbao | © Roman San / Flickr
Give us feedback