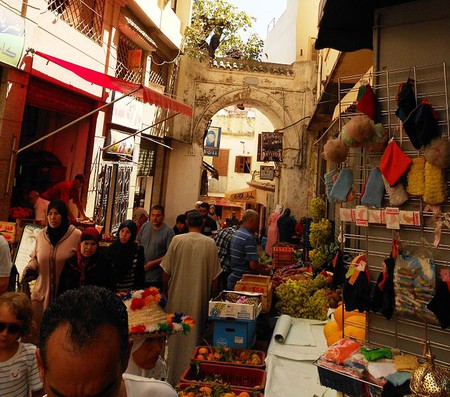 A market stall in the old part of Tangier, which can be reached by a 35-minute ferry ride from Tarifa | © Phi / WikiCommons

Tarifa is within easy reach of weekend destinations that offer everything from unspoilt beaches to unique cultural blends. Read on for our pick of the best spots within an hour’s drive of Tarifa.

Tarifa’s location on the southernmost tip of Continental Europe means it’s within striking distance of some great places for a weekend break. Here’s our pick of the best of them, from hidden Andalusian gems to one of Spain’s north African enclaves.

Tarifa’s only a 35-minute ferry ride away from the fascinating city of Tangier. From the early 20th century until 1956, when it became part of an independent Morocco, Tangier was an “international zone” – in other words, a hotbed of espionage, political intrigue and louche living. Soak up the ambience by getting lost in the shabby-chic old town (medina) before checking out attractions such as the Grand Mosque, the American Legation Museum, and Petit Socco, once a den of iniquity but now a pleasant square.

The surreal British overseas territory of Gibraltar is easily reachable from Tarifa: simply head to La Linea de la Concepción (a 45-minute drive) and walk over the border. Start with a stroll down Main Street in the old town, where British high street giants such as M&S rub shoulders with Genoese-style townhouses; then take a cable car to the top of the 400-metre high Rock to meet the apes (keep your possessions close) and enjoy stunning views of north Africa’s coastline. The Great Siege and Second World War Tunnels are also must-visits. 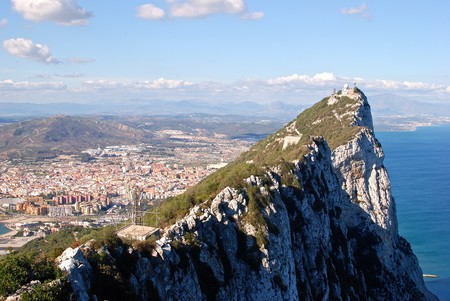 Often overlooked in favour of more famous cities such as Seville and Córdoba, Cádiz is one of Andalusia’s hidden gems. It’s just an hour’s drive from Tarifa, and offers weekend visitors two lovely beaches, an old town that’s as scruffy as it is beautiful, and a magnificent 18th-century cathedral. There are also some great tapas bars to hang out in, such as the legendary Casa Manteca. Situated in the old fishing barrio of La Viña, this place is unbeatable if you like your Spanish bars loud, old-school and plastered in bullfighting posters.

Perched on a clifftop 200 metres above the lush valley of the Barbate river, Vejer de la Frontera is one of Andalusia’s most beautiful pueblos blancos (white villages). It’s reached by a 45-minute drive from Tarifa, the final approach of which will allow you to appreciate the town’s spectacular location. Vejer’s key attractions include the charming Plaza de España and its central fountain, an old town that’s barely changed in centuries, and the ruins of a 14th-century Gothic castle. 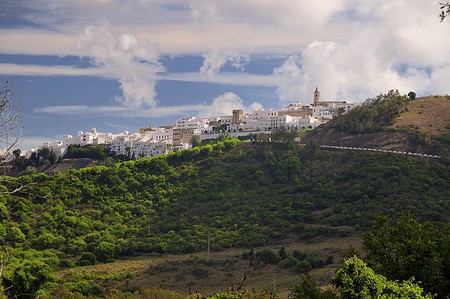 Estepona is a gorgeous town that has managed to resist the soulless urbanisation suffered by many destinations on the Costa del Sol. Reached by an hour-long coastal drive from Tarifa, its flower-filled streets, pretty central square (Plaza de las Flores) and attractive Playa Rada make for a great weekend stay. Be sure also to visit the Orchid House – home to one of Europe’s largest collections of orchids – and the asymmetrical bullring, the only one of its kind in Spain. Dine at El Pescador for some of the freshest fish on Málaga’s coastline. 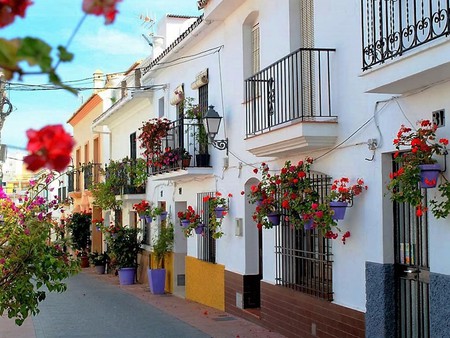 If you want a weekend away from the crowds of high-season Tarifa, head to Playa de Bolonia, an unspoilt stretch of sand 25 kilometres north of Europe’s kite-surfing capital. Just back from the beach – which has separate zones for wind and kite surfers and those who just want to bathe – is the lovely town of Bolonia itself, where you’ll find plenty of cool pensiones and hostels to spend the night. Don’t leave without visiting the ruins of Baelo Claudia, a prosperous Roman fishing village dating to between 2BC and 7AD.