The Best Weekend Getaways from Malaga

Malaga has everything you’d expect from a major European city – including lots and lots of people. For that reason, you might want to escape for a night or two into more sparsely-populated surroundings. Here are some of the best weekend getaways from Malaga, offering everything from beaches to mountains, historic monuments to bucolic paradise. Even better, they’re all less than an hour in the car from Malaga.

Ronda’s awesome and slightly terrifying New Bridge, built in the 18th century to traverse the El Tajo gorge, has made this quiet little town the third most visited destination in Andalusia. The narrow streets of its old Moorish quarter, La Ciudad (The Town) and the newish part known as El Mercadillo (The Little Market) – which cling to the south and north sides of El Tajo canyon respectively – are lined with elegant townhouses adorned with yellow-framed doorways and windows, and hanging pots of bright geraniums. The refined Andalusian ambiance and Ronda’s extraordinary location make it the ultimate romantic getaway from Malaga, which lies about 65 miles to the south east. There is also some lovely walking to be enjoyed around the El Tajo gorge and the surrounding – incredibly dramatic – countryside. 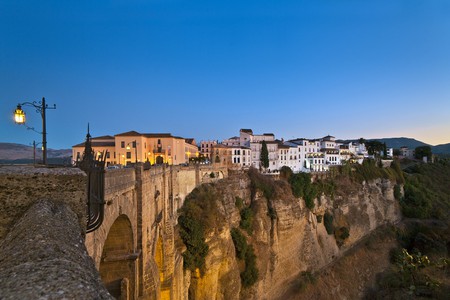 Tucked into the foothills of the stunning El Torcal natural park, with its bizarre and beautiful karst landscape, this tranquil farming village is only about a 45 minute drive inland from Malaga. And if you want to forget about life for a while, there are few better places to head in Malaga province. Villanueva manages to be remote and sleepy but not so isolated that the nearest bar or shop is half an hour’s drive away. There is a little supermarket, various odds-and-ends shops and about three towns’ worth of bars crammed into its charming streets. Tractors parked outside houses and the jangling of goats’ bells in nearby fields contribute to the rural ambiance, and the views over the hilly countryside towards Malaga and the coast, make everything else just fade away. 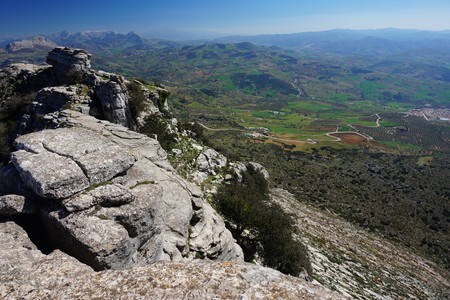 If you’re looking to get away from Malaga for the weekend but don’t want to give up the beach or the Mediterranean, Nerja awaits you. Its 16km of beautiful beaches are responsible for its transformation from a small fishing village to one of the Costa del Sol’s major resorts – but somehow Nerja doesn’t feel tacky or fake in the way that many such places do. Historical attractions such as the caves – which contain drawings believed to be over 20,000 years old – and an interesting 17th century church, complement beach-side bars and restaurants that serve some of the coast’s best seafood. 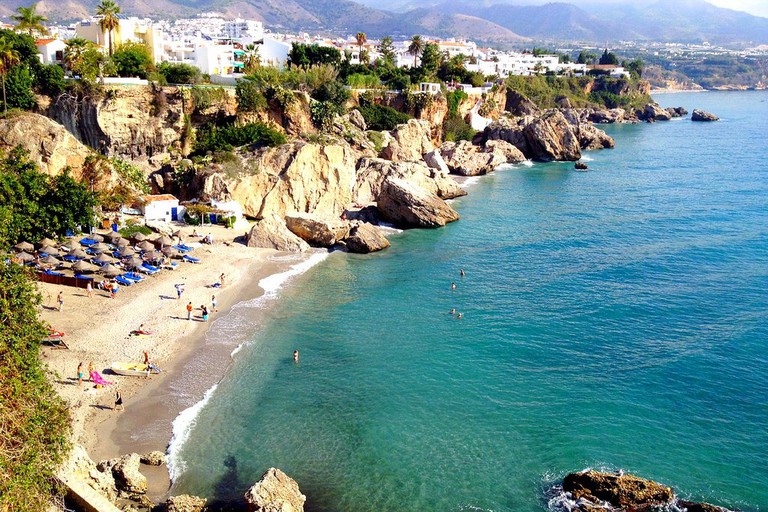 Known as The Heart of Andalusia due to its central location in the region, Antequera provides the perfect cultural weekend getaway from Malaga. Home to the UNESCO-protected Dolmens – Bronze age tombs – numerous museums, excavated Roman baths and a 14th century Moorish fortress, Antequera is one of the province’s most fascinating towns. Because the majority of visitors to Malaga tend to disperse along the coast rather than head inland, it is largely unspoiled by tourism and has retained an unmistakably Andalusian feel. Antequera is a busy, working town, but the pace is gentle – meaning it strikes a perfect balance between relaxing and stimulating. The weird and wonderful EL Torcal natural park (see above) is also just a 20 minute drive away. 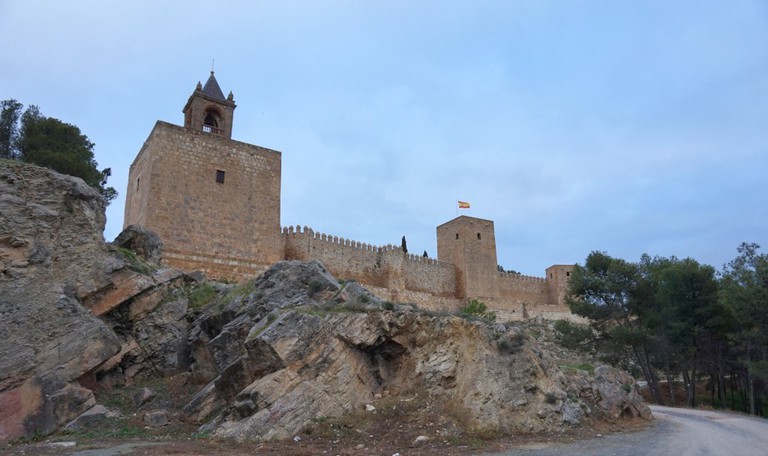 Due to its proximity to the recently-reopened Caminito del Rey, this small pueblo blanco now finds itself well and truly on the tourist map. And if you’re planning on walking that terrifying pathway and want somewhere relaxing to spend the night away from Malaga (which is about a 50 minute drive away), Ardales is your village. This typically-Andalusian cluster of blanched houses is also close to the turquoise lakes and pine-scented countryside of El Chorro, which in summer is an unbeatable spot for camping, swimming and water sports. 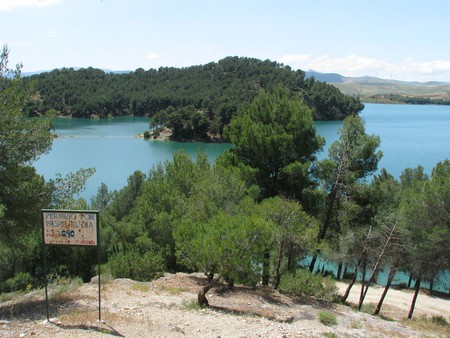 In Archidona, a hidden treasure about 20 miles north east of Antequera, they do bullfighting old-style. For the bullfights that are put on during the town’s annual feria in August, Plaza Ochavada – the beautiful oxagonal central ‘square’ – is sanded over and converted into a makeshift arena with seating for a few hundred people. It is a return to bullfighting in days gone by, before specialised bullrings were constructed, and is just one of the traditional aspects of this charming agricultural town, which sits in relative obscurity amidst olive groves and almond trees. Less than an hour by car from Malaga, along excellent roads, its dramatic backdrop is provided by the hills and mountains of the Sierra Gracia. 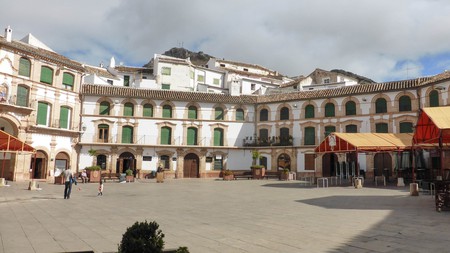