Iznajár, Córdoba; neftali, shutterstock
One of the best things about the Andalusian city of Córdoba – apart from its great beauty and historical interest – is its proximity to some of the region’s most jaw-dropping pueblos blancos. These small, rural dwellings make for perfect weekend getaways from the heat and crowds of Córdoba itself – and below are the most beautiful of them all.

Not many landlocked Andalusian towns can boast sea-like views, but Iznájar is one of them. Located on the southern edge of the province of Córdoba, this picturesque little village has long been one of the region’s gems; but when a vast reservoir was created on its doorstep a few years ago, its appeal was only enhanced. From the top of this lovely town you can now survey the calm dark-blue waters of the Emblase de Iznajár as you enjoy a cold beer and some tapas (the local dish here is pork stuffed with all kinds of goodies, such as egg, breadcrumbs and… more pork). Iznajár also boasts a Moorish castle, several interesting churches and a small beach on the reservoir, making this the ultimate weekend getaway from the heat and crowds of Córdoba.

Thought to date from the middle of the 14th century, this attractive whitewashed town takes its name from the fact that its first residents lived around a central well that was white with chicken dropppings: indeed, “Pozoblanco” means “white well”. This typical pueblo blanco has been cleaned up since, and at just over an hour’s drive from Córdoba it is a great weekend retreat from the tourist-packed regional capital. If you want to impress your friends with some trivia whilst visiting Pozoblanco, you can tell them that for many Spaniards it is synonymous with the death of Francisco Rivera, one of the most revered matadors of the last century. On the 26th of September 1984, Paquirri, as he was known, was gored during a bullfight here and died in the ambulance on the way to the nearest hospital. 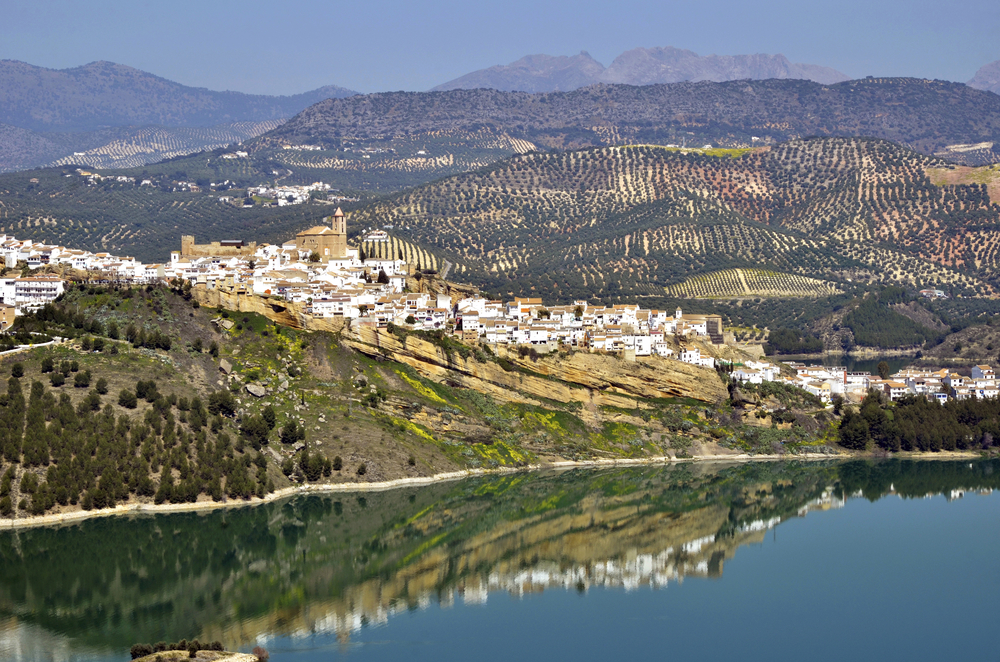 Weekend getaways in Córdoba don’t get much more remote or rustic than the former mining village of Espiel. Located about a 40-minute drive north of Córdoba, this picturesque pueblo blanco is home to just over two thousand locals, who enjoy panoramic views over the dramatic mountain scenery that surrounds their village on every side. The staples of all charming Andalusian dwellings worth their name are here: gracefully-crumbling medieval churches, whitewashed little houses adorned with pretty flowers, achingly romantic squares and noisy tapas bars where old men in flat caps practically shout to each other over their brandies.

Travelers looking for a weekend escape from Córdoba that’s packed with interesting churches needn’t worry that their criteria is too specific: Priego de Córdoba is home to some of the most beautiful Baroque churches in Spain. Even if you’re not a church-nerd, though, there is plenty more to enjoy here; Priego is home to a recently-renovated Moorish castle, whilst the town’s oldest neighbourhood, Barrio de la Villa, perches on the top of a cliff from which truly humbling views of the Subbéticas Natural Park can be enjoyed. The streets and courtyards of this quarter are decorated, in typical Cordobese style, with colourful and aromatic pots of flowers – just like those in the regional capital, but without hordes of iPhone-wielding tourists traipsing down them. 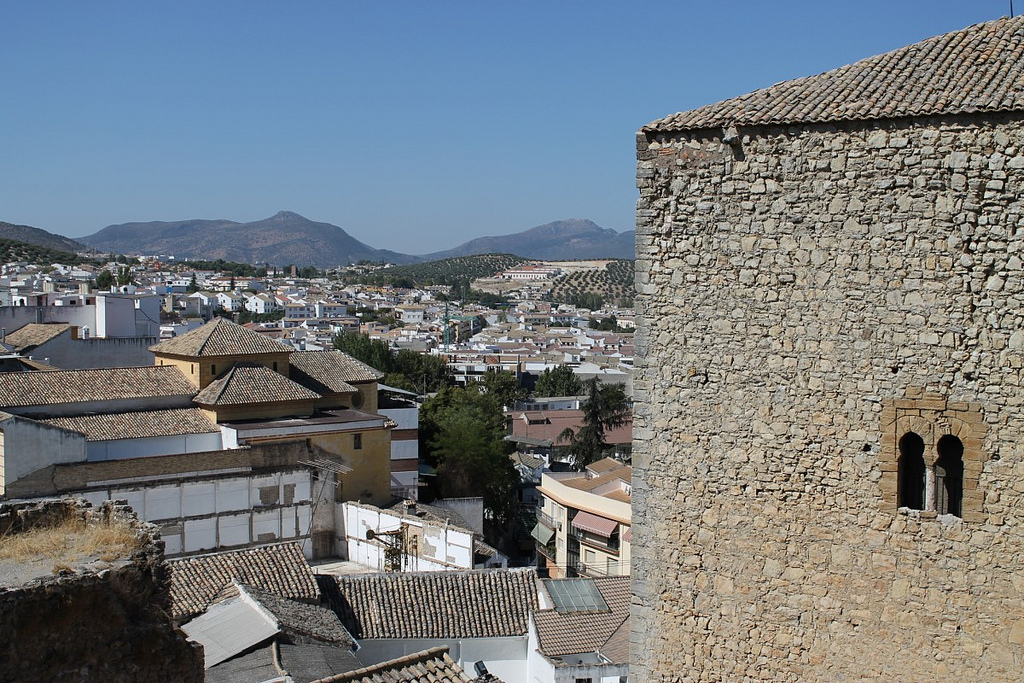 Another former mining town in the middle of nowhere, Bélmez lies about 45 miles to the northwest of Córdoba in the untamed landscape of Los Pedroches (itself home to many other ridiculously beautiful pueblos blancos). It sits at the bottom of a huge outcrop of rock, the top of which is dominated by a 13th century castle that rises organically from the limestone, like an extension of the cliff itself. This is the town’s key attraction and although it’s quite a climb to the turrets (there are no cable cars here), a plethora of great little tapas bars await you once you’re at the bottom again. One of the specialities in Bélmez is veal, flash-fried in local olive oil and garlic – a perfect light lunch, especially if accompanied by a cold caña (small beer).

Montoro spreads itself out over several gently undulating hills on the banks of the Guadualquivir river, a stretch of water that has been vital to the prosperity of Andalusia over the centuries. The standard pueblo-blanco offering – bright-white houses, insanely narrow streets and fairytale squares – is complemented by the extraordinary Puente de las Dondas, a 16th century bridge which local women helped to finance by pawning their jewellery (or so legend has it). Montoro’s olive oil museum is also worth a visit and offers a fascinating insight into an industry and culture that has always been at the heart of this part of Spain. Just a 45 minute drive north of Córdoba itself, this unspoilt country town makes for an ideal weekend retreat from the provincial capital. 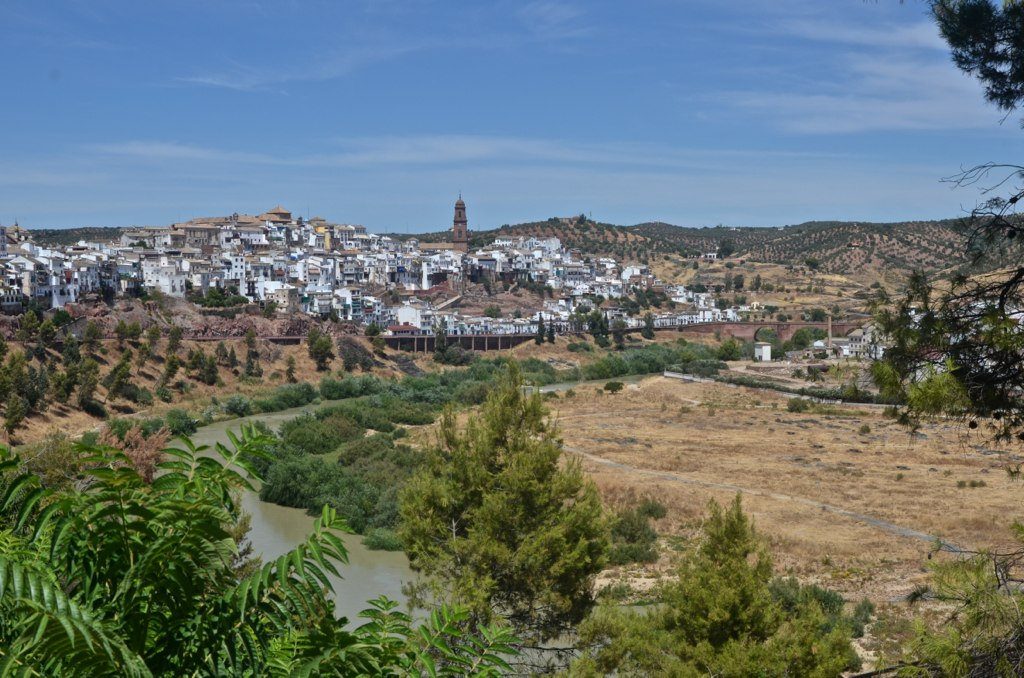 Montoro, Córdoba, with the Guadalquivir river in the foreground; Aires Almeida, flickr