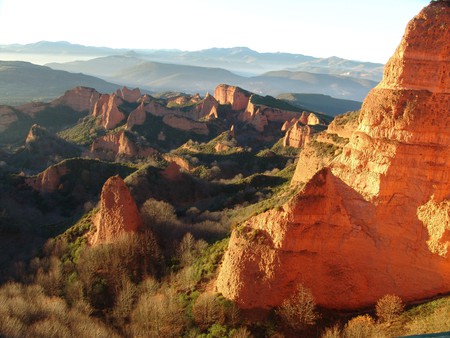 Spain’s newest UNESCO World Heritage site is Medina Azahara, a medieval Moorish palace-city on the outskirts of Córdoba. The complex included government buildings, mosques, homes, gardens, a mint and baths. It was built in the 10th century and experienced an intense but short period of power before being destroyed during a civil war. It lay undiscovered for over 1,000 years until it was rediscovered at the beginning of the 20th century. 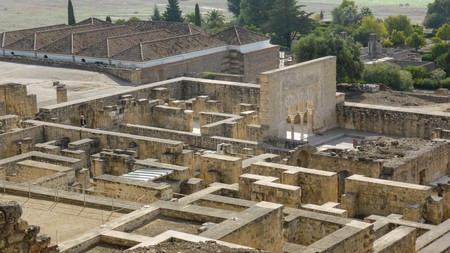 The biggest gold mine in the Roman Empire was located on the Iberian Peninsula, near the modern-day town of Ponferrada in northwestern Spain. The gold mining techniques used by the Romans left a spectacular landscape of jagged red rock. They used a method known as ruina montium (mountain wrecking), which involved pumping large quantities of water under the mountains to dislodge rock. According to Pliny the Elder, the site, which began full-scale mining in the first century AD, produced around 660 kilograms (1,455 pounds) of gold every year. Today, it is a fascinating example of ancient engineering technology.

The walled town of Cuenca was built by the Moors in the eighth century as a strategic fortress to defend their more southerly kingdoms. It was captured by the Christians in the 12th century and today, it is an excellent example of a medieval old town. It is most famous, however, for its casas colgadas (hanging houses), homes which were built into the rock of the hillside overlooking the gorge of the Huécar River. 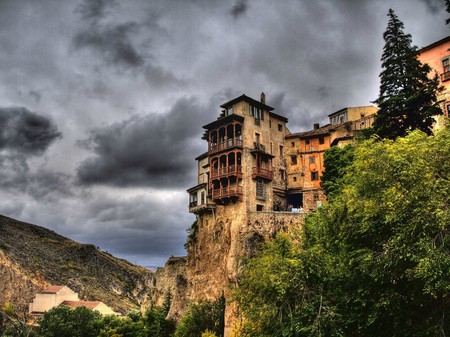 A more modern, but no less impressive UNESCO World Heritage Site is the transporter bridge linking the towns of Portugalete and Las Arenas across the Nervion River, west of Bilbao. It was designed by Basque architect Alberto de Palacio and finished in 1893. The 45 metre-high (148 feet), 164 metre-long (538 feet) iron structure was the world’s first bridge to carry traffic on a gondola suspended by steel cables. Of Spain’s many UNESCO sites, it is the only one in the Industrial Heritage category and is still in use today.

These groves of date palms were elaborately laid out, complete with sophisticated irrigation systems, when the Moors founded the city of Elche in the 10th century AD. According to UNESCO, it is ‘a unique example of Arab agricultural practices on the European continent.’ Today the area contains just under 100 date palm groves that hold 70,000 palm trees. 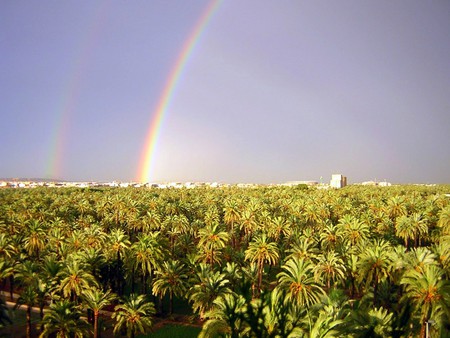 This ancient Roman lighthouse has guarded the harbour of A Coruña in northwestern Spain since the first century AD, and is the oldest Roman or Greek lighthouse still in use today. It was built by the Romans as the Farum Brigantium, but legend has it that it was actually built by Hercules himself, hence the name. The core of the building is still made up of the original Roman construction, while a renovation carried out in the 18th century can be seen towards the top 20 metres (66 feet) of the structure. 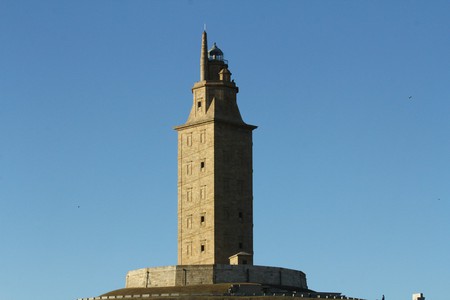 Another mining site, this time of mercury, was added to UNESCO’s list of World Heritage Sites in 2012. Almadén, derived from the Arabic meaning ‘the mine’, has been mined ever since Roman times. The town’s mines produced the largest quantity of liquid mercury in the world, said to be around 250,000 tonnes. From the 16th century, much of the mine’s mercury was exported to the Americas, where it was used in extracting silver and gold. Today, visitors can go down into the mines. The UNESCO site also includes Almadén’s old town and its Forzados Royal Prison, whose prisoners were obligated to work in the mines.