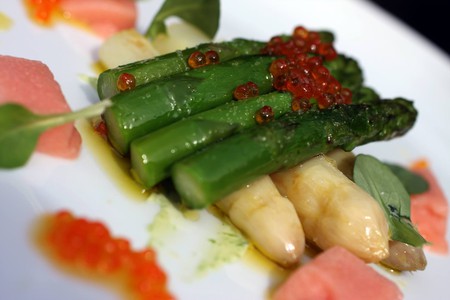 There’s more to Spain‘s La Rioja region than wine. Its lush landscape of ochre soil and rolling farmland provides restaurants with fresh produce to turn into hearty bean stews and roasted meats, to pair with seafood dishes like cod, hake and bonito from the nearby Atlantic.

La Rioja, in northern Spain, is the country’s best-known wine region, producing 300 million litres (79 million gallons) of the stuff every year. Yet, surprisingly, it’s not as celebrated for its rustic regional cuisine – which centres on roast lamb, grilled fish and seasonal vegetables – nor for a tapas scene that rivals Andalusia’s. Here’s our pick of the best places to eat throughout La Rioja, from pintxo joints in the centre of its capital city, Logroño, to Michelin-star restaurants in medieval villages. 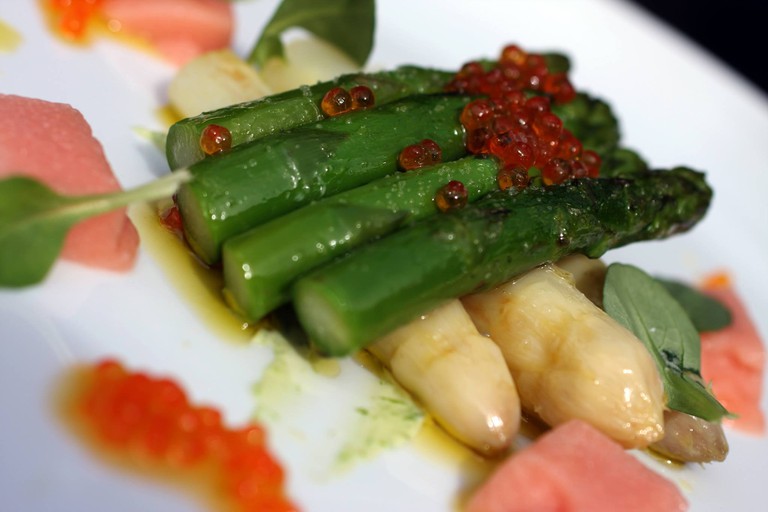 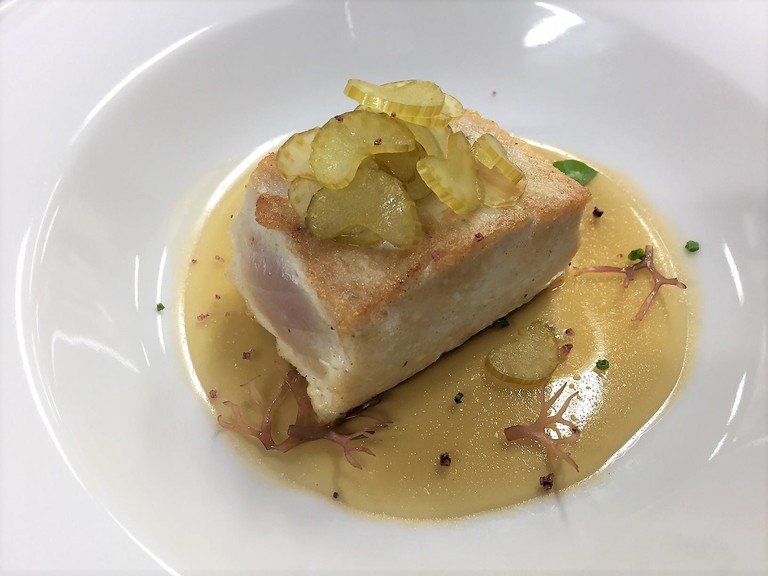 Promising “Rioja on a plate,” La Vieja Bodega serves artful dishes in a medieval-style dining room of wooden beams and exposed-brick walls. As you’d expect from a restaurant that occupies a former winery, the cellar is exceptional, featuring over 400 varieties from La Rioja as well as elsewhere in Spain and abroad. Ask sommelier Ivan to make pairing recommendations based on your food. The menu features regionally typical dishes, such as asparagus from La Ribera drizzled with Riojano olive oil, and roasted lamb and suckling piglet. 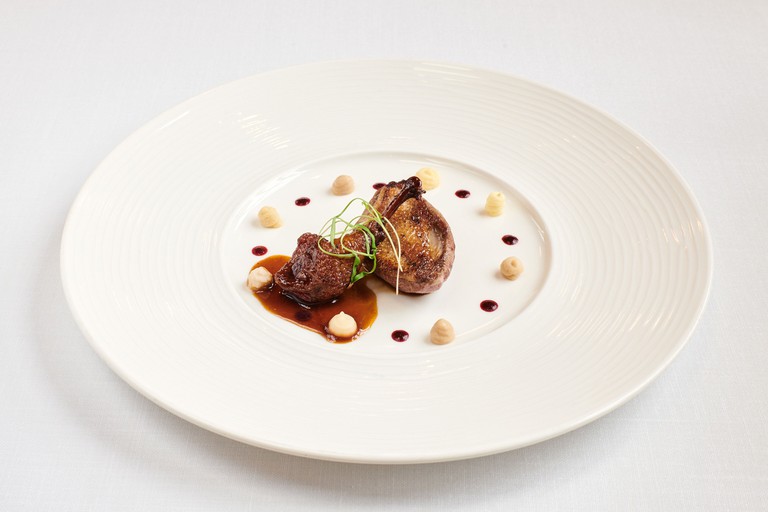 Michelin-star chef Francis Paniego runs the culinary offerings at Hotel Marqués de Riscal, a Frank Gehry-designed building attached to the well-known winery in the medieval village of Eltziego. Take a seat in the red-and-purple dining room and enjoy village and countryside views, as you experience a multi-course tasting menu. Expect innovative dishes such as baked cod over vanilla-infused mashed potatoes or a chilled red berries infusion. If you’re staying at the hotel, you’ll receive a tour of the vineyards and winery that concludes with a tasting.

Vegetarians will love the orchard-and-field focus at Cocina de Ramón, a stylish eatery in the centre of Logroño. Situated opposite the central market, from which all its ingredients are sourced, it offers vegetable-centred starters such as grilled leeks from the neighbouring hamlet of Varea cooked in an almond sauce, and artichokes from the coastal village of Santoña, served with a black garlic purée. If taken as part of the superb-value set menus, these starters are followed by mains of meat or fish and dessert (drinks are not included). 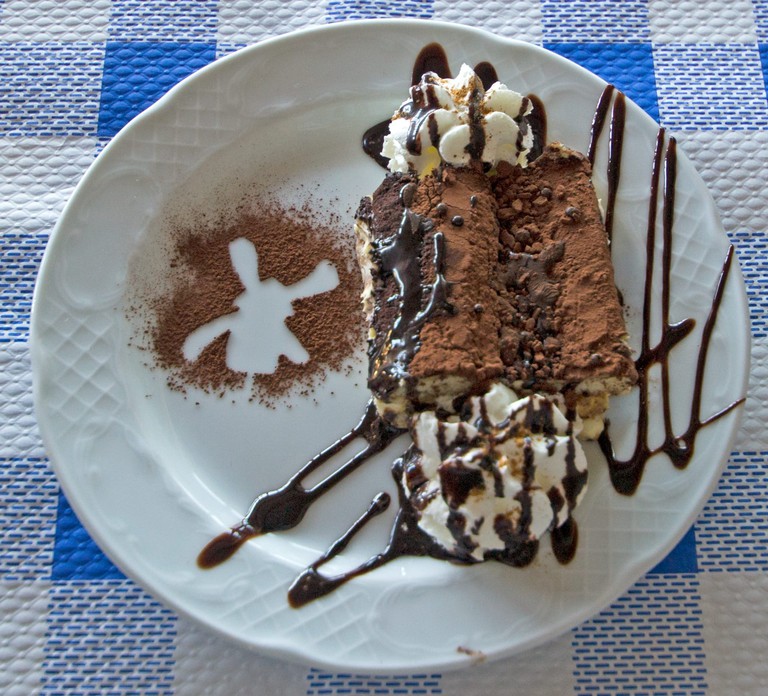 Run by husband-and-wife team Blanca and Blas, this country restaurant is found in the Ocón Valley, half an hour’s drive from Logroño. Tapas and mains show off ingredients from the surrounding villages, such as a three-pepper pâté from Las Ruedas and chorizo from Galilea. Their specialty is tender roasted piglet, the centrepiece of one of three set menus (the other two star roasted lamb and goat). Dining is done on a terrace surrounded by rose bushes and geraniums during summer, and in a glass-fronted room with valley views in the winter.

Michelin-recommended La Galería is run by José Félix Rodríguez, who trained with some of Spain’s top chefs before opening his own restaurant in 2005. In the centre of Logroño, the walls of its three futuristic dining spaces also serve as exhibition spaces, periodically displaying pieces by top contemporary artists. Multi-course menus feature inventive dishes such as guacamole and red tuna tacos and langoustine ravioli, as well as more traditional roasted meats and grilled fish. The wine cellar holds around 350 varieties. 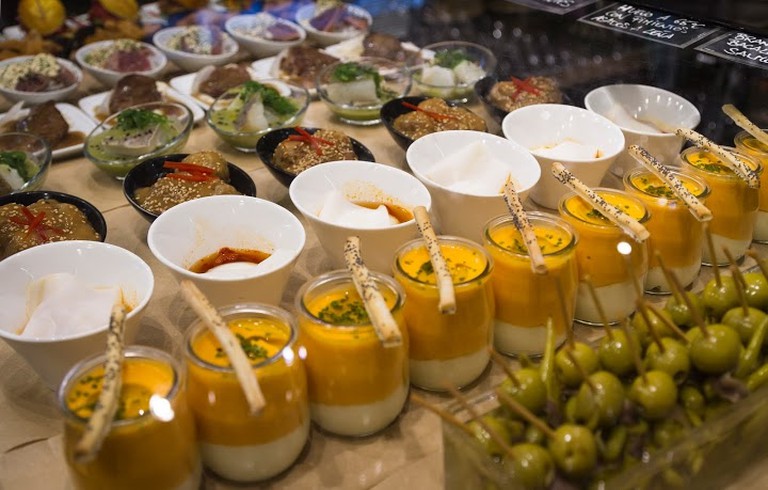 Courtesy of Umm No Sólo Tapas

This modern, creative pintxos joint spills out onto the street in a bar-packed district of Logroño. Created by Alex García, one of the city’s most dynamic young chefs, the restaurant has a vibrant culinary offering that includes treats such as tripe stew made with Riojan chorizo and beef from one of Europe’s only Wagyu farms in Burgos, and a foie gras, apple and cream cheese millefeuille with raisin bread. Some pintxos are prepared right in front of you, adding a little culinary theatre to the tasty proceedings. 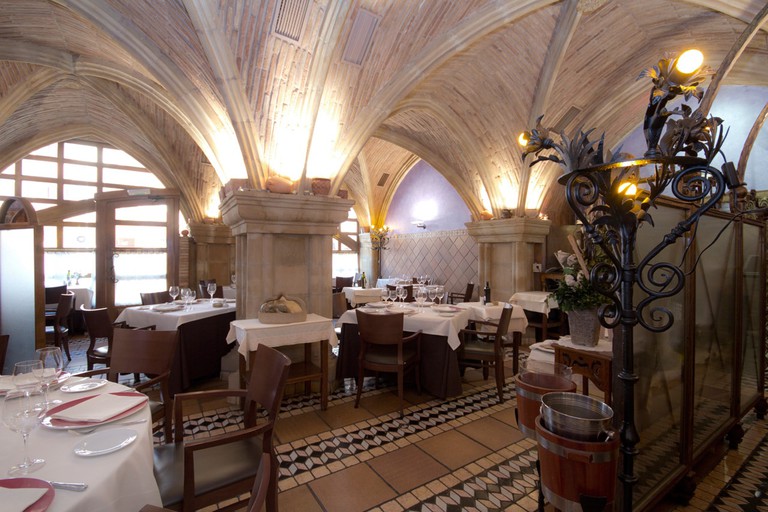 A 15-minute drive west of Logroño, in the quiet village of Fuenmayor, Mesón Chuchi specialises in traditional Riojan fare. Don’t be put off by its bland exterior, because inside you’ll find a white-tablecloth dining room spread out under a vaulted brick ceiling. This is the churchlike setting for locally sourced dishes such as salted artichokes with ham, roasted kid, suckling pig and grilled hake with prawns and clams. There’s an extensive selection of wines from Rioja, held in a cellar that you can visit.

With a big, shaded terrace on Arnedillo’s main drag (an hour’s drive south of Logroño), La Pista is a great option for long summer lunches. You’ll smell it before you see it, pulled in by smoky aromas from the signature grilled meats and fish dishes. Standout platos include the lamb and pork chops, hake fillet and massive prawns. Accompany with a generously sized salad and the inexpensive house Rioja, and finish off with a doorstop slab of killer cheesecake. 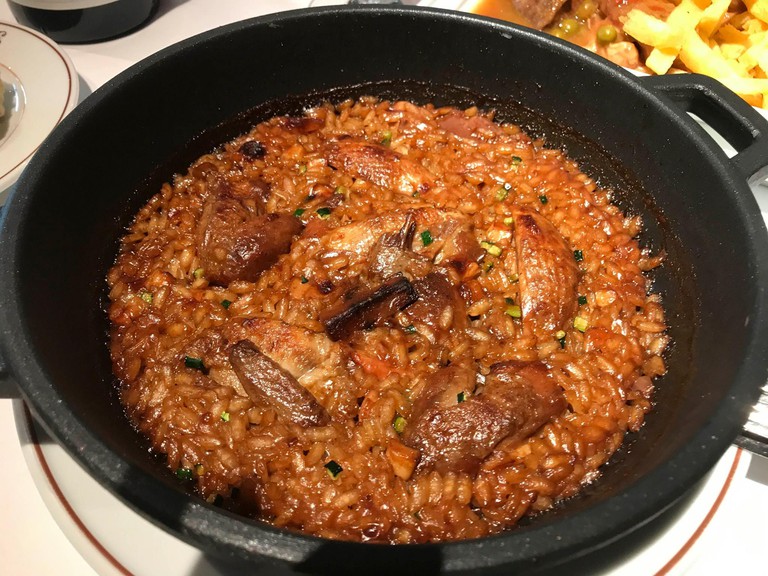 The restaurant in Ezcaray’s Hotel Echaurren was the first in La Rioja to be awarded a Michelin star (it now has two), and it continues to set the standard for the region’s fine-dining establishments. Led by Marqués de Riscal chef Francis Paniego, the kitchen team presents a tasting menu of imaginative combinations such as oyster and nettle, and bone marrow and green beans. All dishes display a meticulous aesthetic and are accompanied by descriptions on take-home cards. One course is served in the kitchen by Paniego himself.

This is an updated version of an article originally by Esme Fox.