The Best Things to Do for Free in Las Ramblas, Barcelona 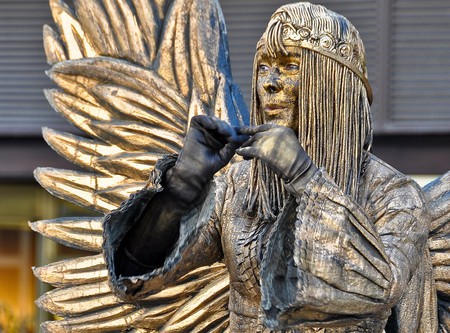 The most famous street in Barcelona, Las Ramblas runs through the heart of the Old Town, from the waterfront of Port Vell to the iconic Plaça de Catalunya. Here’s what to do and see for free when exploring this top Barcelona landmark.

The most famous of Barcelona’s food markets, the Boquería is a veritable foodie paradise, with hundreds of stalls selling everything from cured meats to spices, fresh fish, exotic fruits and canned seafood. Let your senses guide you as you wander the alleyways of the market and you’ll come across some of the most quintessential Spanish ingredients.

Las Ramblas is famous for the dozens of street performers who set up shop there dressed as fantastical creatures, famous characters and other eye-catching personalities. At the busiest moments, these street performers really have to fight for attention, so look out for some pretty crazy tricks and hilarious moves. 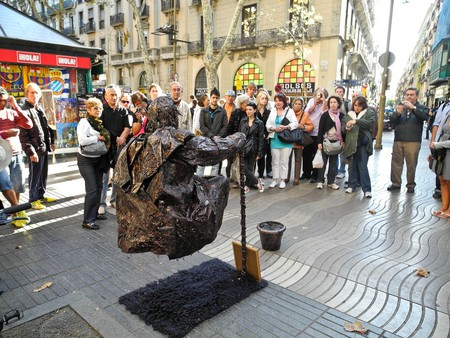 The legend about how Las Ramblas got its flower sellers goes that once upon a time, market stall owners began offering roses to their clients as thank yous. Soon, flower sellers began gathering outside the market to sell to the stall owners, and that’s how this peculiar tradition started. If these days the flower stalls are more in the business of novelty plants – penis-shaped peppers, anyone? – there are still some pretty floral displays to be admired.

Known as the Monumento a Colón or ‘Columbus Monument’, this landmark is a tribute to the famous explorer and his trip to Barcelona after his first voyage. Interestingly, he is pointing outwards towards the sea, which was meant to represent him pointing towards the New World. However, in reality he’s pointing roughly in the direction of Algeria. 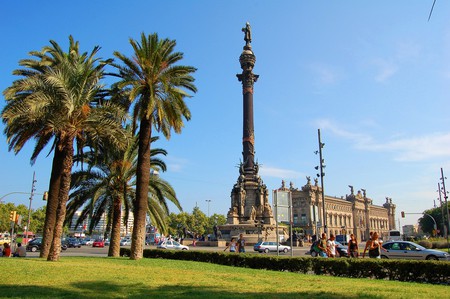 Located in the top half of Las Ramblas, towards Plaça de Catalunya, La Virreina is a public art space dedicated to still and moving images. There are regularly changing exhibitions on different subjects and by different artists, and they are all free to access. There are also musical performances and talks by local and international speakers.

One of the great Catalan artists of the 20th century, Joan Miró decided to give back to his home city by designing four major public artworks to be exposed across Barcelona. One of these is the Pla de l’Os, a large mosaic located on the ground of Las Ramblas, just outside the Boquería market. Its vivid blue, red and yellow colours are typical of Miró’s work. 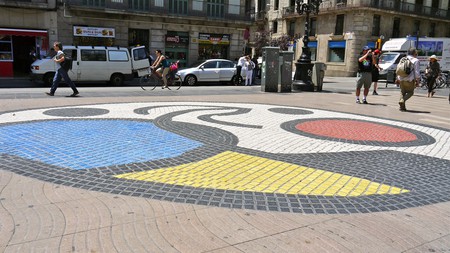 Gasp at the size of the super-yachts

Walk down Las Ramblas and you’ll arrive at Port Vell, Barcelona’s historic port, now home to a rather snazzy super-yacht marina. Every year, some of the biggest and most luxurious super-yachts in the world dock here so that owners and crew can enjoy the city. In the meantime, you can admire these over-sized machines and imagine what it might be like to own a yacht with its own swimming pool. 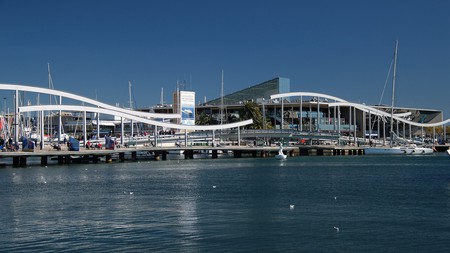 Check out the Liceu Theatre

This historic monument was inaugurated in 1847 and is today one of the biggest and most famous opera halls in the city. The building has been damaged by two large fires over the course of its history, once in the 1860s and once in 1994, as well as being the location of an anarchist attack in the 1890s in which 20 people died. The main facade of the Liceu Theatre is the original 1847 design, but there are a number of later additions which give the building its originality.

Discover one of Gaudí’s lesser-known designs

If most people have heard of Antoni Gaudí’s Casa Batlló or the Sagrada Família, not everyone knows that one of his earliest designs is in fact located on Las Ramblas. The Palau Güell, or Güell Palace, is a spectacular townhouse which was designed for Gaudí’s long-term patron Eusebu Güell. The palace boasts some rather original features, such as hidden viewing holes in the ceiling of the main entrance, enabling the Güells to peep at guests before greeting them. 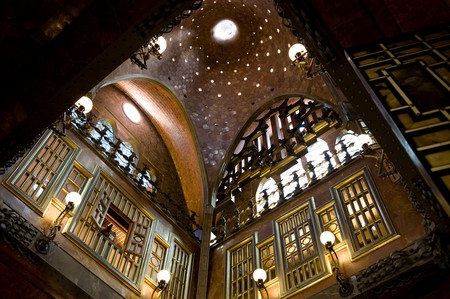 A centre for contemporary arts and culture, Arts Santa Mònica is particularly interesting as a place to get to know the work of Catalan artists and explore themes relevant to contemporary Catalan society, although it originally opened in 1988 with the aim of exhibiting travelling contemporary art from Spain and the rest of the world. Entrance is free and the centre is open every day of the week except Mondays.