The Best Surf Spots in the Canary Islands 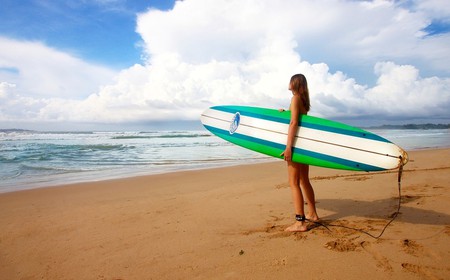 Discovered by surfers back in the seventies, the Canary Islands has one of the best-established surf scenes in Europe. And it’s no surprise, with scores of stretches of coastline offering numerous surfing opportunities for everyone from total novices to seasoned experts. The ‘Eternal Spring’ climate also means warmer waters, almost guaranteed sunshine, and quality conditions for catching that perfect tube. Here’s a rundown of some of the best spots in the Canaries to break out the wetsuit and surf board.

This well-known surf spot is located in the middle of one of the Canary Island’s largest resorts – Playa de Las Américas – on the south coast of Tenerife. But don’t let that put you off, it’s very popular for a reason, breaking on a volcanic platform for a long wave with some barrelling. Waves reach between one and three metres, with smaller ones suitable for intermediates, though it can get challenging on the larger swells. Due to some fast sections and sharp rocks, it’s not recommended for novices. 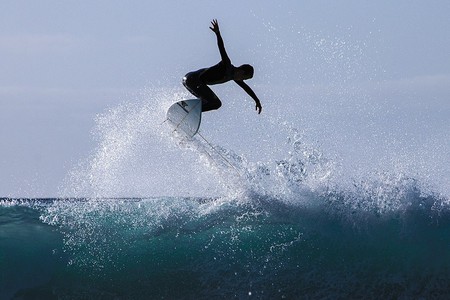 Another super popular place to surf, this time situated on the north coast of Fuerteventura next to Majanicho beach. It has become one of the busiest surf spots on the island thanks to the consistency and quality of surfable waves. Two main take off points break over a lava reef a few metres below, with the left offering fast hollows, and the right shorter but with decent quality barrels.

Considered by many to be one of the best surf spots in Europe, El Confital also has the bonus of being just outside Gran Canaria’s capital – Las Palmas. This right-hander breaks over a volcanic ledge with the barreling section running in shallow water the whole length of the break. Conditions are consistently good offering some undeniably world-class surfing. Expect wave heights of up to four metres between September and May at high tide. 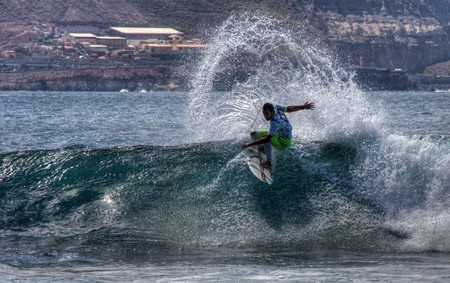 Located off the fishing village of La Santa on Lanzarote’s northwestern coast, this is one of the island’s best year-round surf spots. Entry to the water can be tricky, but conditions mean consistently good quality waves with short explosive sections breaking on both sides. The swell can be strong with a steep bottom, so it’s not one for beginners, though attracts a constants streams of local and experienced surfers.

For those new to surfing, the mellow and foamy waves at Punta Blanca on Fuertaventura’s northwest coast are ideal. Breaks can be a bit disordered, though rides are often long and it’s a good all-year spot. Just watch out for the windsurfers, as it’s popular with primarily a windsurfing zone. Generally, however, it doesn’t tend to get too busy, even at peak season. 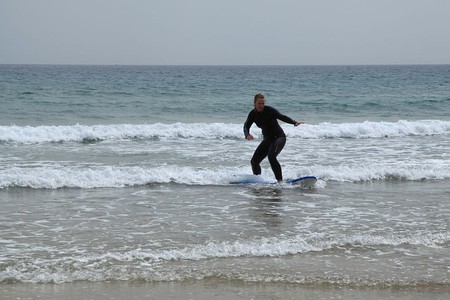 This break is located in the uninhabited island (and protected nature park) of Los Lobos just opposite Fuerteventura’s most northerly resort of Corralejo. Despite being accessible only by ferry or jetski, it can still get crowded thanks to some of Fuerteventura’s best right-hand waves and some perfect tube sections. It’s also probably something to do with it being the longest surfable wave in the Canary Islands, and is suitable for most levels of surfer.

Billboards is a great spot for the more experienced surfer if the nearby La Izquierda is busy – though it can still get crowded at weekends. Breaks can be fast with some semi-submerged rocks to watch out for, but long barrels are not rare and can be one of the finest surf spots on the island on the right day.