The Best Summer Exhibitions in Madrid 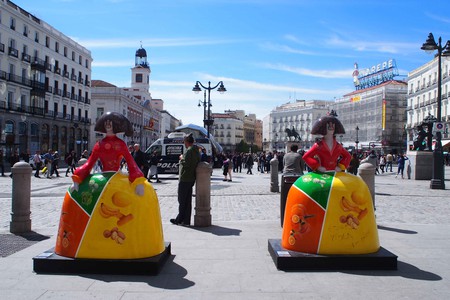 Madrid is a city known for its rich artistic and cultural scene and there is no better way to explore the city than checking out some of its rich variety of exhibitions. We take a look at the best summer exhibitions in the city this June, July and August.

Photographers from one of the world’s best photo agencies, Magnum, are used to documenting hard-hitting stories from around the world. This exhibition, however, shows a lighter side to Magnum photography, with over 180 shots by 46 Magnum photographs from throughout the 20th and 21st centuries. The theme is play in all its forms, so from sports and music to children’s games, the curators have dug into Magnum’s rich archive and have featured photos from acclaimed photographers including Bruce Davidson, Elliot Erwitt and Alec Soth. 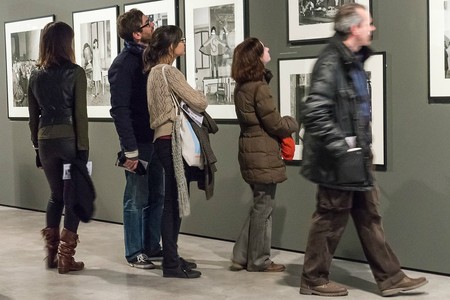 Hollywood greats, cultural icons and even royalty were immortalised by the lens of photographer Cecil Beaton, one of the 20th century’s most famous fashion photographers (as well as an Oscar-winning costume designer). The exhibition brings together 116 of Beaton’s photographs, with portraits of actors including Audrey Hepburn and Marlon Brando, and artists and fashion designers including Salvador Dalí and Coco Chanel.

Hungarian artist Victor Vasarely worked for most of his professional life in France and is widely considered to be the father of the Op Art movement (short for Optical Art), a style of visual art based around optical illusions. Madrid’s Thyssen-Bornemisza will host a comprehensive exhibition of Vasarely’s work this summer. It will give an overall vision of the painter’s life and work and will include pieces from all phases of his career, on loan from museums in Hungary and France as well as from private collectors. 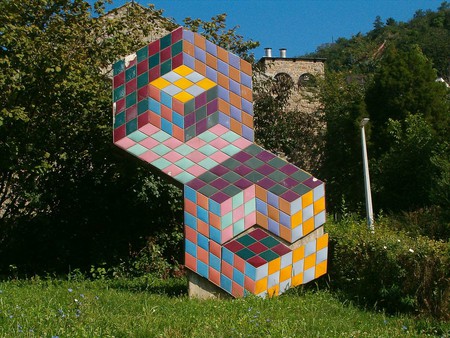 Vasarely artwork at the church of Pálos, in Pécs | © Váradi Zsolt / WikiCommons

This exhibition focuses on the life and work of one of the 20th century’s most famous photographers, Brassaï, who, towards the beginning of the 20th century, took the medium of photography and make it into an art form. He is famed for his shots of Paris, his adopted home, from everyday shots to dreamy photographs of the city by night. The show will feature over 200 exhibits including photographs, drawings, sculpture and documentary material. It is the first retrospective of the photographer since 2000.

The Crystal Palace in Madrid’s Retiro Park will, this summer, host an exhibition of the sculpture and installation work by Berlin-based Iranian artist Nairy Baghramian. Part of the Reina Sofia museum, the exhibition will feature Baghramian’s sculptures, made of steel, resin, silicone and leather, that channel minimalism and surrealism, as well as interior design. According to the Reina Sofía, Baghramian’s work “addresses notions such as functionality, abstraction and feminism”. 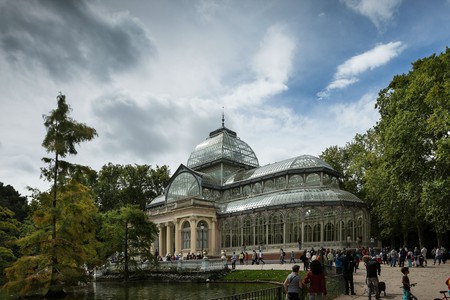 The ladies-in-waiting from Diego de Velázquez’s famous painting Las Meninas are taking over the streets of Madrid this summer as part of a huge open-air art installation. Over 80 fibreglass Meninas, designed by fashion designers, artists and musicians, have been placed around Madrid. The installation was the brainchild of Spanish sculptor Antonio Azzato, who designed the Meninas sculptures.

Madrid’s Caixa Forum is embracing the Disney magic this summer with an exhibition that goes behind the scenes and explores how the famous studio turned stories into cartoons. It will feature drawings, watercolours, storyboards and production notes to give visitors an idea of just how much work goes into making a Disney film.