The Best Spots For Panoramic Views in Valencia, Spain 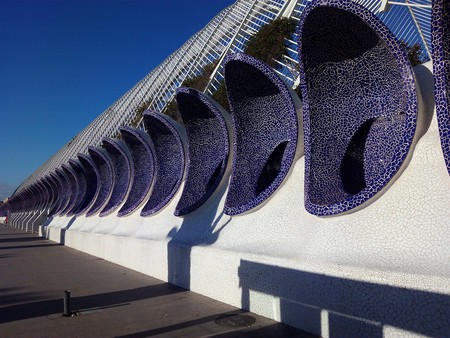 Valencia isn’t a high-rise city at all, but it still has the occasional vantage point from which to gaze out over the rooftops, the surrounding countryside, and on towards the sea. And luckily, they’re all either incredible pieces of architecture or great restaurants. Here are our suggestions of where to go to get some truly Instagram-worthy photos on your trip to Valencia.

The 13th-century cathedral tower, named after the bell inside, is one of the best spots to get a bird’s eye view over central Valencia. You’ll have to climb more than 200 steep, narrow steps, but it’ll all be worth it when you get to the top. 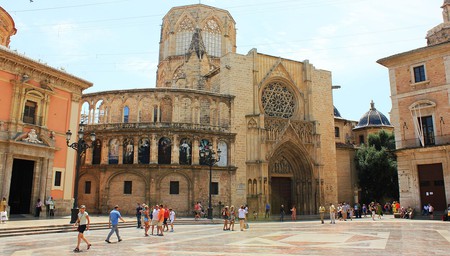 Located at the border of the Ciutat Vella (Old City) district and the edge of the now-drained river Turia, these fortified towers were once one of many gateways through the walled city. After the walls were removed in the 19th century, all that remains is this tower and its near-identical twin on the other side of the district, the Torres de Quart. Despite not being particularly high, both give incredible views over the low-level citycentere and are beautiful to look at themselves. 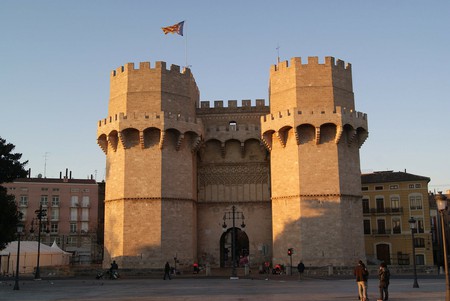 This is another central spot with spectacular views; (serving great cocktails too) a terrace overlooking the central Plaza de Ayuntamiento. The Sky Bar Ateneo is located on the 6th floor of the Ateneo Mercantil. Drinks are on the pricey side, but the city lights at night make it worth a visit.

This garden area in the City of Arts and Sciences complex is the best place to get a panoramic shot of the surrounding space-age architecture. The space can be enjoyed all year but on summer nights it becomes L´Umbracle Terraza, connected to the nightclub Mia downstairs. Sit back with a cocktail under palm trees in this stunning vantage point, from where you can get an unrivaled view of the famous architecture of Santiago Calatrava. Since it’s a nightclub, you can dance the night away and stay for sunrise over the city. 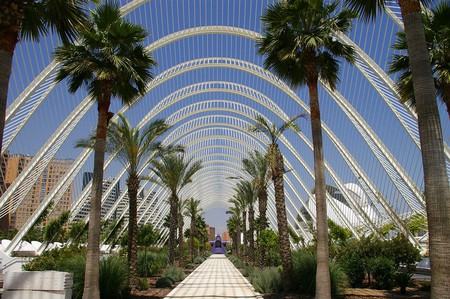 If you like fine dining with a view this restaurant is the place to go. Right by the City of Arts and Sciences, you can enjoy an incredible view over the complex and much of the city from this restaurant at the top of the Aqua Shopping Centre building. As well as having one of the best views of the city, the restaurant has boasted a Michelin star since 2009. You can expect an unforgettable evening when you dine here while watching the city lights come on one by one.

If beachfront views are more your thing head to this restaurant which has—you guessed it—panoramic views out to sea. It’s famous for its glass walls with unobstructed views, but the posh Mediterranean cuisine isn’t bad either. Located at the end of the Marina Real Juan Carlos I and hovering above the water, the location gives breathtaking 360⁰ views of the Malvarosa beach, the Marina, and Mediterranean Sea.