The Best Spanish-Language Poets You Should Read 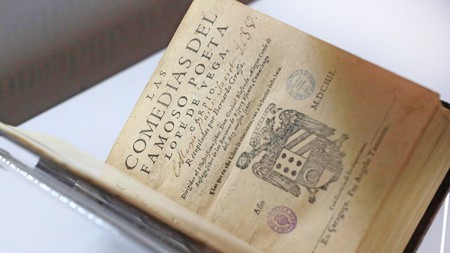 Spanish is a beautiful language that makes for impressive, gripping and enticing poetry. Famous for literary giants such as Pablo Neruda and Federico García Lorca, poetry in the Spanish language, from the Golden Age to the contemporary, has come to define much of the Western canon. Here, we take a look at some of the best Spanish-language poets of all time.

Born in Santiago de Compostela, Galicia, Maria Rosalía Rita de Castro (1837-1885) is a heroic figure in this part of Spain. At a time when it was deeply unfashionable, she wrote all her work in the Galician dialect – a point of pride for her – and her stubbornness ended up winning over the rest of the country. Her work centred around the Rexurdimento movement, which focussed on themes of nostalgia, longing and melancholy. Her life wasn’t easy – she endured poverty and depression – but she made it her mission to defend and represent her people, and she is cherished for it to this day.

The daughter of a famous poet, Josep Janés, Clara Janés (born 1940) is a prolific writer who has worked in various genres. She was brought up around writers and artists, so it was little surprise that she started her own writing career not long after leaving university. Her poetry was picked up by a family friend who gave her the support needed to publish her first collection, Las Estrellas Vencidas (The Vanquished Stars), in 1964. She evolved into one of Spain’s most recognised poets and is also a celebrated translator of poetry, especially from Czech, a passion she developed after reading the work of Vladimír Holan.

Belonging to Spain’s younger generation of poets, Berta García Faet (born 1988) has had seven collections published, including one that has been translated into English. The recipient of several National Poetry Awards, Faet is currently studying for a PhD in Hispanic studies at Brown University, Rhode Island. Some of the themes in her work revolve around the subverting of traditional social values and expectations, particularly those of women in modern-day Spain. Notions of love and relationships and the representation of women in literature also recur.

Born in the Asturias region of northern Spain to a family of poets and politicians, Aurora de Albornoz (1926–1990) didn’t see her career as a writer take off until she was in university and on her way to becoming an academic. She gained her MA from the University of Puerto Rico, as her family relocated there in the 1940s when Franco had tightened his grip on Spain. Her writing centres around feminism and the Spanish Civil War, which she was vehemently opposed to.

Moved by the Mayan workers on her family’s ranch outside Mexico City, Rosario Castellanos (1925-1974) dedicated her career – as a poet, playwright, essayist and novelist – to highlighting the plight of Central America’s indigenous communities. During a life scarred by parental dissociation (her brother was the obvious favourite), depression and a bad marriage, she wrote tenderly in support of women’s rights and the marginalised and lonely. In recognition of her work in Mexican literature, she was appointed ambassador to Israel in 1971, but tragically died three years later.

Pablo Neruda (1904-1973) grew up in southern Chile and was taught by the celebrated Gabriela Mistral. A naturally gifted poet, Mistral recognised the young Neruda’s talent and nurtured it, giving him the books and support he lacked at home. By the time he finished high school, Neruda had already published in local papers and magazines and won several literary competitions. After leaving for Santiago in 1921, Neruda completed what is now one of his most critically acclaimed pieces of work, the cycle of love poems entitled Veinte poemas de amor y una canción desesperada (Twenty Poems of Love and One Hopeless Song). From here on, Neruda went on to become perhaps the most famous Chilean poet of his time, producing timeless works throughout his politically complicated and rich life.

Federico García Lorca (1898-1936) was the son of a Spanish farmer. He wrote his first book, Impresiones y Paisajes (Impressions and Landscapes) in 1919, inspired by a trip to Castile with his art class two years earlier. Lorca went on to give up university and dedicate his life to poetry, organising theatrical performances and reading poems in public. His Libro de poemas (1921) was a compilation of work based on Spanish folklore. Much of Lorca’s captivating poetry was influenced by flamenco, as well as Gypsy culture, and he gained great fame and success with Romancero gitano (The Gypsy Ballads). Lorca’s works are captivating, descriptive and unique, thanks to his background as a dramatist and novel writer.

Born in Mexico City, Octavio Paz (1914-1998) was an intensely political man. This was apparent in his poetry, in which he often touched upon themes such as Mexican history. Among his most famous and praised pieces is The Labyrinth of Solitude (1950), as well as the poem Sun Stone (1957), a book-length work of 584 lines, representing the 584-day cycle of the planet Venus. This innovative and gripping poem is a perfect example of his genius. His later works reveal an even deeper intelligence and complexity, broaching topics such as philosophy and religion.

Born in Madrid to a humble family, Lope de Vega (1562-1635) showed signs of genius from an early age, and by the time he was five he was reading Latin and Spanish. His private life was colourful and influenced his work greatly. Having endured two lawsuits and a stint in prison, he went on to have numerous affairs and many illegitimate children. An intriguing character who produced even more intriguing pieces of poetry, de Vega is now considered second only to Cervantes in the Spanish canon. A notable piece is the epic poem The Beauty of Angelica, inspired by his experience in the Spanish Armada, a disastrous venture against Britain. (His ship was one of few to return back safely.) It was during the sixth months of the voyage that he wrote this captivating poem.

Born in Seville, Bécquer (1836-1870) is considered one of the first modern Spanish poets, part of the late romantic period. Strongly influenced by his brother, a painter, Bécquer developed his own artistic side, moving to Madrid in 1854 in pursuit of a literary career. Beginning by contributing to newspapers and magazines, he produced nearly a hundred sensitive, restrained and deeply subjective pieces. They appeared in book form only after his death, when his friends collected and then published his writings. Bécquer’s poetry explored themes of love, touching often on disillusionment and loneliness, probably because of his own unhappy romantic experiences.

Born to poor Spanish-immigrant parents in Havana, José Martí (1853-1895) displayed an early talent for writing, publishing several poems by the age of 15. He spent his life not only writing poetry, but also campaigning for Cuban independence. Even at 16, Martí was a revolutionary in the making and, combining his political desires with his love of poetry, he created a newspaper called La Patria Libre (The Free Homeland), for which he wrote several significant poems. Among them was Abdala, in which he dreamed of liberation. Exiled in 1871, Martí spent much of his life abroad, finally returning to Cuba in the year of his death. With a style of writing that is difficult to characterise, his writings are creative and gripping, with many short and memorable lines, as well as long and complex sentences, creating a compelling rhythm and flow.

Credited with influencing the Latin American literary movement of magical realism, as well as defining the form and essence of Spanish-language poetry, Borges (1899-1986) is one of the most important writers of the 20th century. His poetry revolves largely around themes of dreams and labyrinths, harnessing the fantastic to explore the inner mind of the poet and the characters in his narrative works. Borges was critically acclaimed in his own lifetime – in 1961 he won the first ever Prix Formentor, which he shared with Samuel Beckett – as well as after it. Today he is considered one of the must-read poets of his generation.