The Best Spanish City Breaks for 2018 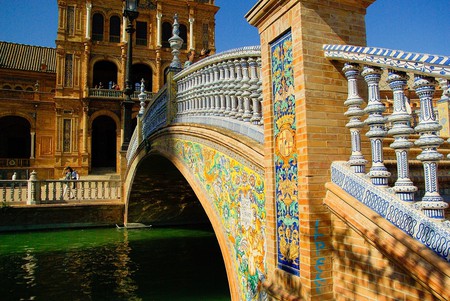 It’s no wonder Spain is such a wildly popular holiday destination. The country might be most famous for its blue skies and beaches, but flamenco, food and famous festivals are a huge draw, too. Spanish cities are famously full of culture and excitement. If you’re planning your next holiday in the Spanish sun for 2018, follow our tips on the hottest city break destinations in the country.

There’s plenty to see and do here in between topping up your tan on the beach. Not just another town on the Costa Del Sol, Malaga is home to a vibrant arts scene and fantastic museums and galleries. Explore the tangle of cobblestone streets in the Old Town with its many boutique shops, tapas bars and restaurants among the stunning churches and other landmarks. Malaga is easy to reach, with plenty of direct flights from around Europe all year round. 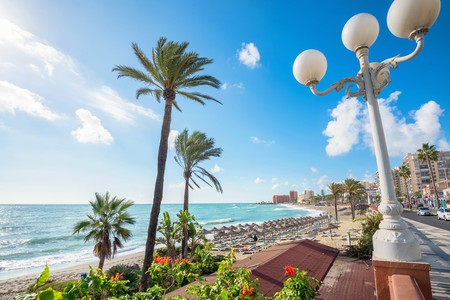 With all the biggest tourist draws – sandy beaches, rich culture and the historic Old Town – in one place, no wonder Spain’s third city is growing in popularity. Valencia is cheaper and less crowded than Barcelona or Madrid, and allows you to get a real taste of local life. Most people visit in March for the city’s famous festival, Las Fallas. The city has an international airport, though nearby Alicante airport has more direct flights. 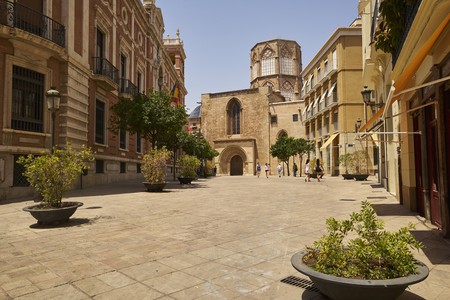 Sun-scorched Seville in southern Spain is the capital of Andalusia and home of flamenco. The whitewashed houses and blue skies create the perfect postcard image of Spain. The city boasts stunning Moorish architecture, rich culture, and plenty to do and see over a weekend. It’s best seen outside of the summer months when Seville, appropriately known as ‘the frying pan of Europe’, sizzles in temperatures of up to 50c. However, sun-worshippers will find this is one of very few parts of Spain that is actually cheaper to visit during the height of summer.

Famous for its food and Moorish history and architecture, Granada (meaning pomegranate in Spanish) was once an Islamic stronghold. It’s famously home to the grand Alhambra Palace, Spain’s most popular tourist attraction, and the lush Generalife Gardens. Enjoy tapas in the Old Town before watching the city’s stunning sunset, or get out and explore the nearby Sierra Nevada mountain range, home to the southernmost ski resort in Europe.

This stunningly beautiful university town in north-central Spain, close to the border with Portugal, is considered one of the most beautiful cities in Spain. Salamanca is famous for the winding cobbled streets, medieval buildings and literary cafes within its Old Town, a UNESCO World Heritage Site. At the famous university where you can soak up the history and do a bit of frog-spotting. At sunset the city’s sandstone buildings glow a stunning golden colour, which gives the city its the title ‘the Golden City’. This view is best enjoyed from Plaza Mayor, one of Spain’s most elegant squares. Salamanca is not a big place and makes an ideal stop for a couple of days, easily reached by train from Valladolid or Madrid. 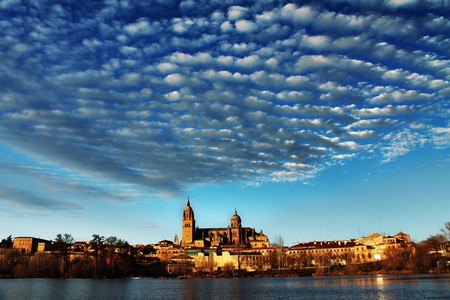 Once an industrial port town, Bilbao’s remarkable transformation into a modern, attractive city has also made it a huge draw for visitors from around the world. And you’ll quickly understand why when you visit. This stunning Basque city on Spain’s north coast is famously packed with world-class museums, including the Guggenheim contemporary art museum. In the evening, enjoy a romantic walk around the pretty Old Town and sample the famous seafood and pintxos (the Basque-country version of tapas).

The beautiful Galician capital, with its cobbled streets and gothic architecture, is the final stop for pilgrims on the famous Camino de Santiago route through Spain. But you don’t have to walk hundreds of miles on an ancient Christian pilgrimage to visit this UNESCO World Heritage-listed city, as luckily it also has an international airport. Explore the maze of medieval streets around the Cathedral and stop at a couple of the city’s legendary tapas bars to enjoy some of the local delicacies in one of Europe’s most impressive old towns.